Founded in 1898 in the industrial city of Essen, RWE has grown into one of the largest electricity producer in Germany and increasingly in the world. While Russia’s invasion of Ukraine and the ensuing energy crisis has upset plans to immediately reduce RWE’s lignite burn, in mid-October the company finally embraced a total coal phase-out by 2030. The about face comes days after RWE announced a blockbuster deal backed by Qatari’s massive sovereign wealth fund to takeover one of the United States’ biggest renewable energy producers. By the end of October 2022, as lead blogger and podcaster, Michael Buchsbaum, relates, despite RWE running three of the filthiest generating stations in Europe and still being dependent on massive volumes of fossil fuels, the company has become a global clean energy powerhouse. 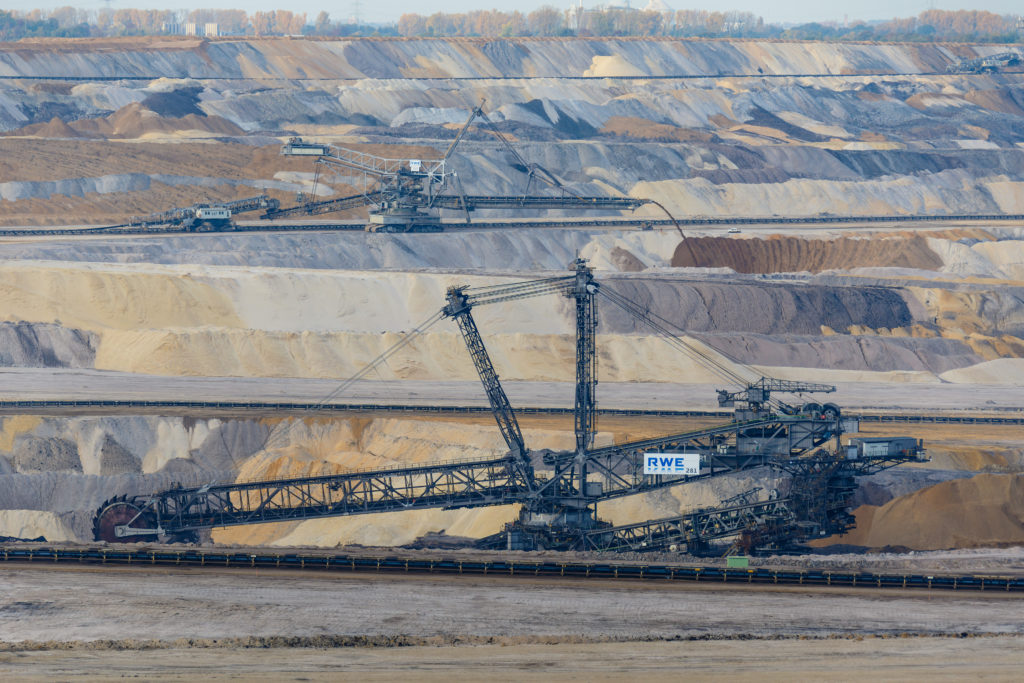 While 2022 was certainly a year full of dizzying energy twists and turns, the explosive growth and transformation of RWE, Germany’s dominant energy provider and one of Europe’s electrical powerhouses, cannot be overstated.

Though the rise in global energy prices has caused widespread economic pain, it is generating high revenues for RWE, filling its already rich coffers.

In the first half of 2022, the company almost doubled its sales compared with the same period last year – to 16.19 billion euros.

Looking ahead, RWE also raised its earnings outlook and expects to rake in 30% more cash than previously forecasted.

Long criticized as renewables resistant, at a shareholder event in 2022, it re-stated plans to spend more than €5 billion on green technologies throughout the year – about 30% more than previously allocated.

“All this is urgently needed in order to make energy supply more independent and climate-neutral,” RWE Chief Executive Officer Markus Krebber said in a statement.

Accelerating clean energy take up was partially the logic behind RWE’s takeover of the Dutch gas-fired Magnum power plant, touted as “hydrogen-capable.”

RWE also started a joint venture with Greek utility PPC to develop some 2GW of solar projects there, many to be built near or on top of former lignite mined lands.

Back home, RWE is also converting a patch of its Inden mine – located near its behemoth Hambach and Garzweiler pits, into a small 14 MW solar farm with a built in battery-storage system.

Coming with an €11 million price-tag, 26,500 solar modules will be installed in two 1.4-kilometre-long and 100-metre-wide rows on a graveled surface or reclaimed land at Inden’s western edge.

As conceived, when mining operations finally end in 2029, the adjacent Inden pit will have filled with water and the solar farm will sit at the edge of a new lake.

To actually achieve North Rhine-Westphalia’s full coal-phase out by 2030, the energy transition must progress enough so that security of supply is not endangered and this requires a massive expansion of wind and solar systems, plus storage.

Though RWE already operates or is currently building wind parks with a total installed capacity of around 200 MW in the Rhenish mining district west of Cologne, that’s hardly enough.

As the company “works” to meet its 1 GW target of renewable energies (while tearing down wind turbines to make way for the expanding Garzweiler mine), the company also plans to construct some 3 GW of “hydrogen ready” fossil gas power plants on the sites of its existing lignite fired power complexes.

Following Russia’s February invasion of Ukraine, RWE has been racing to secure alternative fossil fuel supplies while putting in place long-sought infrastructure to enable the import of liquid natural gas (LNG) cargoes from across the globe.

A constant stream of boatloads from U.S., Qatari and other nations has helped Europe reduce its reliance on Moscow and fill up its storage sites ahead of winter.

To ensure these supplies keep coming, in May 2022, RWE signed a 15-year contract for U.S. LNG supplies, with deliveries expected to start in 2027.

To help make transshipments easier, in August, Germany’s federal Economic and Climate Action Minister, Robert Habeck inked a deal with now state-owned Uniper and RWE to enable the construction of two temporary floating LNG terminals in the northern towns of Brunsbüttel and Wilhelmshaven.

At the announcement, Habeck told reporters that the country is in talks with Qatar on securing a long-term gas supply.

As permitting and construction work begins on several “fixed” LNG terminals, now set to be built in coming years, RWE was expecting the new Brunsbüttel facility to start accepting cargoes as early as this December.

Consolidated Edison and the Qataris

Days ahead of RWE’s announcement embracing their 2030 coal phase out, it announced a blockbuster €7 billion deal to acquire the U.S. utility, Con Edison, which supplies electric service to millions in New York, including New York City, as well as parts of New Jersey and Pennsylvania.

But the real prize is Con Ed’s Clean Energy Businesses.

As the second largest solar energy operator in North America, Con Ed owns more than 4 GW of renewables projects across the nation including solar farms in Texas and California as well as wind farms in Nebraska, South Dakota and Montana.

It also has a development pipeline of more than 7 GW of additional renewable capacity in different phases of construction and permitting.

One of the biggest-ever green deals in the U.S., in taking it over, RWE has almost doubled its renewable energy portfolio there to more than 7 GW while transforming itself into the fourth-largest producer of renewables throughout the U.S.

The sale of Con Edison Clean Energy Businesses, which has a market value of about $30.4 billion, is expected to close in the first half of 2023, subject to regulatory approval.

Guided by the sagacious financial advice of Goldman Sachs and Deutsche Bank, the transaction is backed by a €2.43 billion investment by the Qatar Investment Authority (QIA). QIA is now assuming a 9.09% stake in the formerly majority German-owned company, making it the largest single owner of RWE.

In 2021, the QIA — Qatar’s national sovereign wealth fund — had an estimated $450 billion in global assets including an 18.46% in the Kremlin-linked Rosneft oil company.

Despite external pressure and its own reservations about Russia’s war of aggression, Qatar claims its stake cannot be sold.

Today a QIA representative chairs Rosneft’s board of directors, replacing ex-German Chancellor Gerhard Schroeder, who left the Russian company in May due to sanctions following Putin’s invasion.