In the wake of Russia’s February invasion and skyrocketing prices, to ensure energy security and affordability, nations worldwide are installing record levels of solar and wind capacity. Now, for the first time ever, in their annual World Energy Outlook the International Energy Agency (IEA) is predicting fossil fuel demand will peak near-term as non-emitting sources begin producing the majority of global power by 2030. Moreover, following sustained market turbulence on top of its proven climate impacts, the IEA no longer backs “natural” fossil gas a reliable transition fuel. Also, building upon Egypt’s COP27, several wealthy nations and investment agencies are banding together to assist top-ten emissions producer, Indonesia, as well as several other developing countries to accelerate their shifts from coal to clean. Lead blogger and podcaster Michael Buchsbaum helps us navigate through the rapid changes. 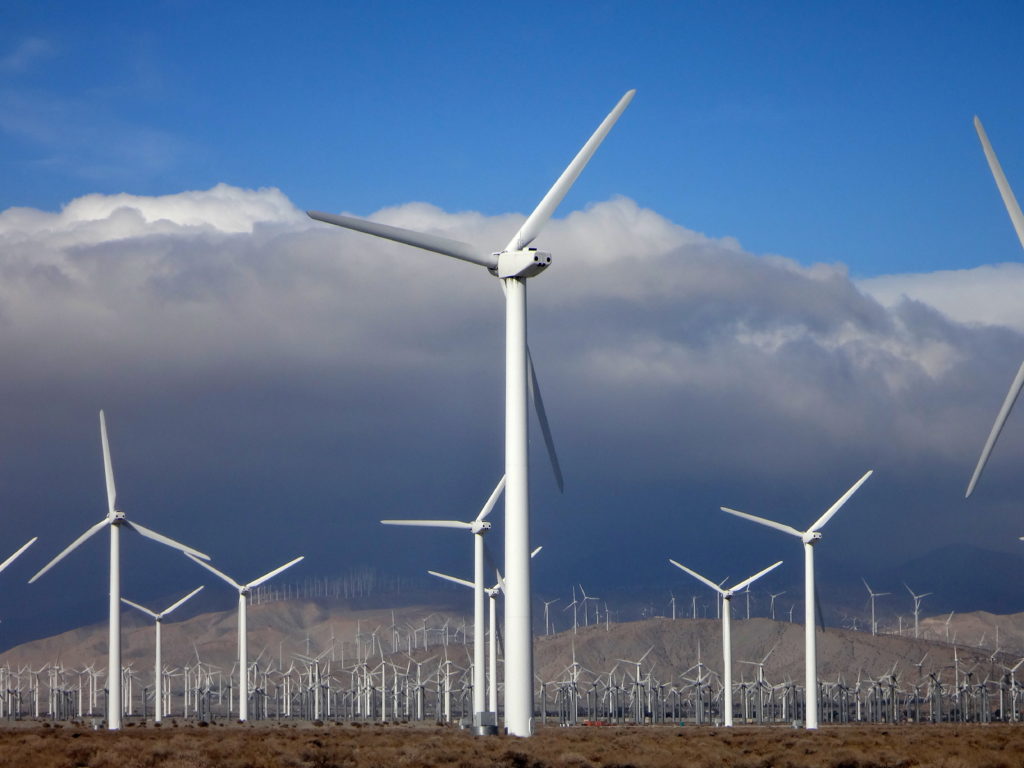 With world temperatures rising along alongside energy prices and geopolitical tensions, the International Energy Agency says the current crisis is definitely accelerating the shift to renewable energy worldwide.

“Renewables were already expanding quickly, but the global energy crisis has kicked them into an extraordinary new phase of even faster growth as countries seek to capitalise on their energy security benefits,” said IEA Executive Director Fatih Birol.

“The world is set to add as much renewable power in the next five years as it did in the previous 20 years,” he added.

Though some nations are today burning more coal and other fossil fuels in response to gas shortages caused by Russia’s invasion of Ukraine, that response is set to be short-lived, the IEA said in its recently published annual World Energy Outlook, a 524-page report that forecasts global energy trends to 2050.

As coal declines, the IEA sees renewable capacity doubling over the next five years, growing by 2,400 gigawatts (GW) – equal to the entire power capacity of China today – to 5,640 GW by 2027.

Pushed by the war, this is 30% higher than the amount of growth forecast a year ago.

Though concerns about climate change are driving this, the pain of exorbitant and unsustainable prices (creating mounting energy industry profits!) are literally forcing many countries, generators, and consumers to swiftly erect wind turbines, put up solar panels, buy electric vehicles, install heat pumps and turn to other technological solutions while reducing consumption.

Indeed “increasingly, the big drivers are energy security as well as industrial policy — a lot of countries want to be at the leading edge of the energy industries of the future.”

U.S. energy secretary Jennifer Granholm was clearly embracing that goal of simultaneously capitalizing on geopolitical opportunity while avoiding economic pain when she spoke at a recent energy forum in Sydney, Australia.

Even better, she said, the “move to clean energy globally could be the greatest peace plan of all.”

To capture how much the energy world is changing, the IEA put together this helpful chart (readers can find it on page 291 of the 2022 World Energy Outlook): 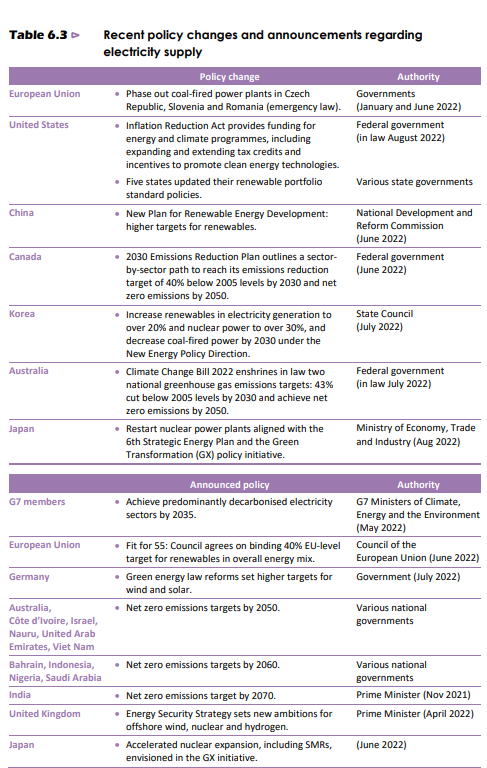 The sustained spike in global fossil gas prices both before and after Russia’s invasion of Ukraine has upended many of the long-standing arguments in favor of using it.

Though gas proponents in industry and governments generally focus on its role as a cheap, reliable alternative to coal and oil to generate baseload electricity, recent history has exploded this line of argument.

As the IEA states, the past year has solidified growing concerns about fossil gas’ future costs and availability while “damaging confidence in its reliability” and putting “a major dent” in the idea of it serving as a transition fuel.

Additionally, as global temperatures rise, it’s becoming impossible for pro-fossil gas advocates to ignore that its main component, methane, is accelerating global warming given that when methane goes unburned, it’s up to 86 times more heat trapping than carbon dioxide over a twenty-year period.

Going forward, both as the global energy crisis continues and temperatures rise, the IEA and others are asking fundamental questions about fossil gas such as how can supply be assured, now and in the future, and at what financial price and at what costs to the environment?

In their new outlook, the IEA warns that instead of it being a “transition” fuel, fossil gas is instead becoming an ever-riskier technology whose rapid global demand growth is ending.

Beyond 2030, they predict global gas growth will remain flat as increasing usage in emerging markets and developing economies in Asia, Latin America, Africa and elsewhere will be offset by steep declines in advanced economies, like the United States and the European Union.

Echoing the IEA’s findings, the latest reporting by investment advisers Ernst and Young (EY) also finds that governments around the world are accelerating their renewables programs, particularly to help reduce their reliance on expensive imported fossil energy.

Indonesia has become a new entrant into in their “EY Renewable Energy Country Attractiveness Index (RECAI 60) as well as their top 40 most attractive renewable energy investment markets following both new legislation to encourage development and a deal signed between Jakarta and several wealthy nations at the recent COP27 in Egypt to sharply reduce its reliance on the fossil fuels.

Currently generating 60% of its electricity from coal, Indonesia was the world’s ninth-biggest emitter of carbon dioxide last year.

During the conference, wealthy countries including the United States and Japan, pledged to assist Indonesia with $20 billion in support to speed up its transition to renewable power.

Similar to the $8.5 billion U.S. and European backed Just Energy Transition Partnerships created to help South Africa shift from coal to renewables, additional partnerships are now being discussed and negotiated with Vietnam, Senegal and India.

EY now ranks Morocco as number one on their new “normalized” investment list given the country’s ambitious target to generate 52% of its energy from renewables by 2030 and 80% by 2050.

Boasting 3,000 hours of sunshine a year, government policy support has helped the Moroccan market to reach the lowest renewable prices in the world at less than three US cents per kilowatt-hour in the wind sector.