The Polish government has taken a first step towards realizing its nuclear energy aspirations – building a reactor with a total capacity of 9 GW by the year 2043. At the beginning of November, an agreement was signed with the American, Pittsburg-based company Westinghouse to build its first nuclear project on the Baltic coast. It marks a significant pivot in the Polish energy transition. Nuclear has long formed part of the country’s energy plans, but scant action was taken in that direction, more hope was put into renewable energy sources. Now it looks like green-energy sources may take a hit. Agata Skrzypczyk has the details. 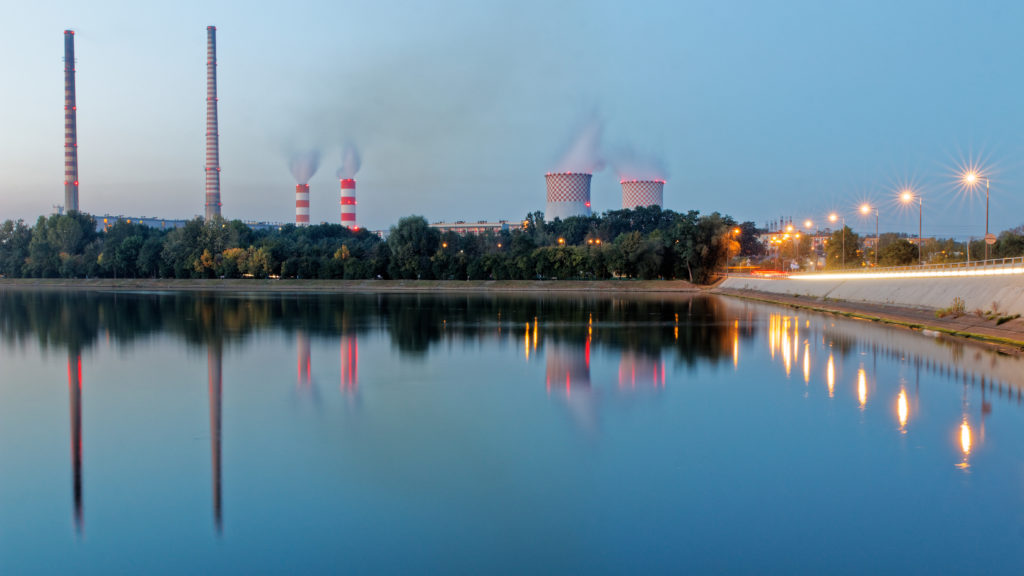 The Polish prime minister, Mateusz Morawiecki, confirmed at the end of October 2022 the agreement with Westinghouse for building the first nuclear power plant with the pressurised water reactors. The first reactor in Lubiatowo-Kopalino will have an installed capacity of 1 GW to 1,6 GW. Its construction is scheduled to begin in 2026 with a commission date of 2033. Both marine and water analyses have been already issued, while the next step is obtaining the grid connection and construction permits. Simultaneously, ZE PAK and Polska Grupa Energetyczna (PGE) signed a letter of intent with a South Korean company for working on further reactors. Rumour has it, that the French company EDF is also being considered for future projects.

It remains quite uncertain how Brussels will react to the signed agreement. The government hopes that the European Union will look favourably on the new nuclear program given the ongoing energy crisis. However, it is said that the EU may object toward a non-tender choice of the technology supplier, hence delaying the start of the project.

The Polish energy system is facing two urgent energy issues. The first is phasing out a significant part of the coal energy that constitutes around 72% of the country’s electricity mix. With no plan at hand, its removal might lead to a significant power production gap. It is expected that between 2020 and 2030 the production capacity of coal power will decrease from 29 GW to 5,4 GW.

The second challenge is the impact of Russia’s invasion of Ukraine on energy supplies. This has raised energy prices and deprived Poland of crucial resources. The Polish government’s response to these issues comes in the form of the nuclear program. But is it the right choice? Certainly, it is the most expensive and the longest one. Building a nuclear power plant seems somewhat futile in the context of the pressing energy crisis. Its construction will take 10-15 years. Meanwhile, Poland will have little control over the construction process, the efficiency of the technology provided and, of course, possible delays.

A Polish-based think thank, Forum Energii, analysed four different scenarios for the future of power production in Poland. These included building new coal production capacity, a diversified energy mix including nuclear power and 38% of renewable energy sources (RES), a diversified energy mix without nuclear power providing 50% of RES, and finally, a 73% RES-based scenario with gas cogeneration plants as a complementary source. The last renewable energy-based scenario has by far the lowest construction cost and the least expected impact on the energy prices. It also generates the fewest emissions and has the highest positive influence on the labor market.

However, the current geopolitical situation is a game changer. The rising fossil gas prices in Europe have made it a very unattractive source for base load power generation. It immediately boosted the attractiveness of alternative sources, bringing nuclear energy back onto the political agenda.

The Minister of Climate and Environment, Anna Moskwa, announced that nuclear energy will eventually constitute 30% of the Polish energy mix. At the same time, according to a survey conducted by United Survey at the beginning of November, 83,4 percent of of a sample group of 1000 people polled support the construction of the nuclear plant in Poland. Is the current crisis the best advisor for taking decisions that will influence the country’s energy system for the coming decades? Shouldn’t we rather take long-term decisions based on a sensible energy strategy and instead, introduce immediate corrective measures to the energy market in crisis, such as energy efficiency, capacity market modification and innovative energy sources?

After all, building a new nuclear power plant is expensive and time-consuming: construction will take at least a decade, if all goes well. At the same time, building a wind energy farm from scratch takes around 5-6 years. The biggest challenge facing the Polish energy system is supplying energy during the winter, precisely the season that offers the best conditions for wind energy. These facts suggest developing wind as the most logical and efficient solution for now, if it wasn’t for the unfavorable regulations which have frozen the on-shore wind energy market since 2016 (please find further information in this Energy Transition.org article).

Besides the lengthy construction time, building nuclear power plant in Poland will also have a negative influence on the energy transmission system. Constructing new infrastructure for another high capacity, base load oriented energy source will simply prolong the inflexibility of Poland’s currently centralized power production system. Yet, the energy system of the future will require a flexible, decentralized nation-wide grid to be able to manage rising amounts of renewable electricity. At this level, the nuclear plans look likely to put the brakes on this crucial aspect of Poland’s energy transition.

In the context of an unprecedented shock to its national energy security, high inflation and a looming recession, it seems odd that Poland is betting on an expensive foreign technology rather than developing its own resources and know-how. Even though some percentage of the construction work will be subcontracted to Polish companies, the main producer comes from the other side of the ocean. Why could we not back an energy strategy that builds capacity and knowledge within the country, developing the local workforce and supporting Polish companies? This would help to ease the looming issue of thousands of workers who will no longer work in phased out coal mines. These people will be on the lookout for retraining opportunities, offering great potential for developing local energy sources, such us solar and wind farms.

I recall the words of my Danish professor on renewable energy studies. One day he said: “Poland should be a leader in developing alternative energy sources. You have an advantage over most European countries, which is a multitude of skilled, hardworking and talented people”. It doesn’t seem like the Polish government takes this factor into account. The Polish energy strategy remains scattered and incoherent. Waking up to a reality of an operational nuclear power plant in 11 years only to realize that billions of Polish tax payers money have been wasted for a rationale that has become obsolete does not sound like a good plan.