The Russian Federation’s invasion of Ukraine is not only barbaric – it is also a harbinger of rapid economic changes around the world. Even if the war ends relatively soon (and that is unlikely), a return to the status quo ante is unthinkable. So too is a return to the heavily fossil-fuelled and import-dependent European energy model that existed before the war. Is it appropriate to ponder over raw materials as bombs fall on Kharkiv and Mariupol? Yes, if solely for the reason that the future shape of the energy market should constitute a response to this barbarism. The question is whether Poland is genuinely prepared for such a response. Michał Olszewski with a perspective from Warsaw. 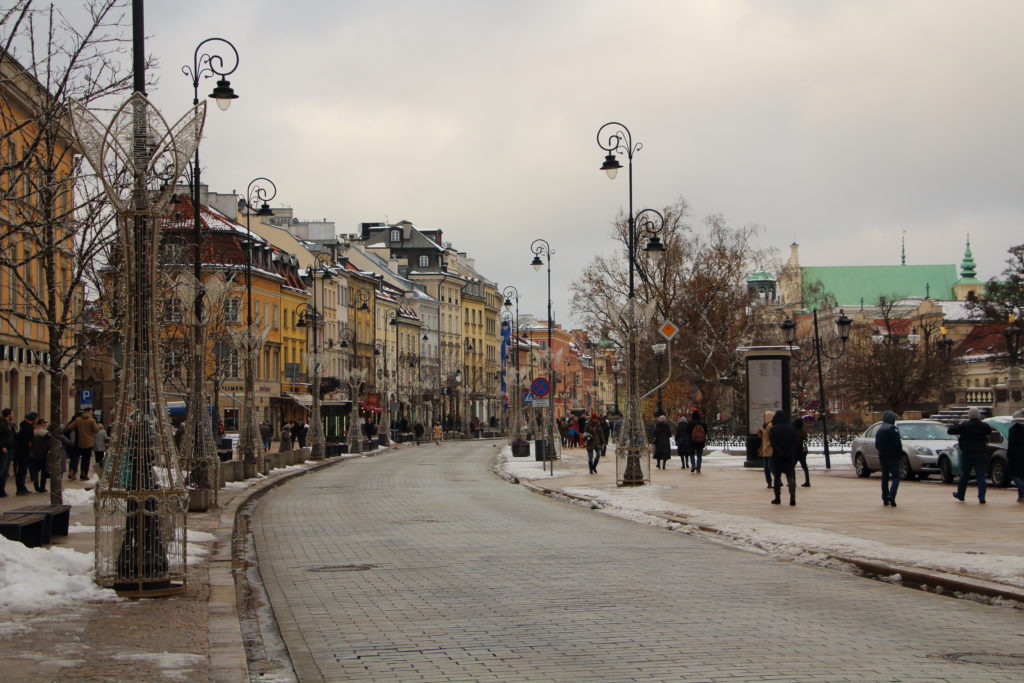 If EU countries maintain a harsh approach to Russia, reduced imports of raw materials from the East will become a fact of life. Polish Prime Minister Mateusz Morawiecki is urging the European Union to place an embargo on fossil fuels from the East, appealing for an immediate ban of coal, oil and gas imports from Russia to the European Union. This would be a wise and unprecedented step, but it would have significant costs. According to the daily newspaper Rzeczpospolita, in terms of imports to EU countries, Russia currently accounts for 27 percent of oil, 40 percent of gas and 46 percent of coal. The dependence on Russian raw materials is even greater in Poland. But the problem appears to be least severe for gas: the invasion has accelerated work on the construction of Baltic Pipe, which would connect Poland and Denmark to Norwegian gas exporters. The Polish–Russian gas supply contract ends in December 2022, and, according to a recent government announcement, the new gas pipeline will hit full capacity in January 2023. This means that practically the entire flow of fossil gas from Russia can be replaced with imports from Norway.

The same cannot be said for coal. The Russian Federation has a good, high-calorie product that is also lower in sulphur than Polish coal and easier (read ‘cheaper’) to extract. No wonder, then, that almost 75 percent of the coal imported to Poland comes from Russia. Looking at individual home heating, the boiler rooms of district heating systems and the municipal sector, the balance is even more straightforward – as much as 90 percent of imported coal comes from Russia. An annual shortfall of approximately nine million tonnes of coal will be hard to make up – Russian coal still heats some Polish cities and is also used in homes. An embargo may therefore mean that the prices of this commodity, which were already the highest they had been in years, will soar even higher.

Calculations by Statistics Poland showing the extent of the Polish energy market’s dependence on Russia are categorical: in 2021, Poland spent PLN 8.8 billion on diesel (roughly EUR 1.9 billion), PLN 25 billion on crude oil, PLN 2.5 billion on coal, and PLN 2.2 billion on piped natural gas. According to Business Insider, about half of these payments went to the Russian budget, and one tenth of the money that went to the budget went to the Russian army. Even these cursory calculations show how big and risky (but ultimately necessary) the change is that Poland and Europe have to face.

Germany will play a major role in the discussion on the new shape of Europe’s energy system. For the time being, Germany is taking flak from the Polish right, who are berating their western neighbour for its energy policy. This criticism is somewhat justified – Poles of all political leanings have for many years been saying that building Nord Stream 2 was a big mistake. The question is how this geopolitical error will be corrected. Another question is what Germany will do with its plan to put an end to nuclear energy when the situation is so precarious. A first audit by the German ministries of the environment and economy shows that a prolonged shutdown of nuclear power plants will contribute little to reducing Germany’s dependence on Russia.

There is no doubt that the Polish government intends to use the war in Ukraine to put the brakes on the entire climate policy, and especially the EU’s Fit for 55 package, as, for example, former Prime Minister Beata Szydło has forthrightly announced. At the same time, Polish politicians are forgetting fundamental mistakes they have made in recent years. Suspending the development of the RES sector (first by hitting wind energy, and recently by blocking the development of photovoltaics) will deepen the crisis that may befall Poland as early as this autumn. “The Russian economy has been struck a huge blow, with huge losses. But let us not deceive ourselves: every day the same economy is also being fed hard currency by the sale of coal and gas,” Mateusz Morawiecki told the Polish Press Agency. He failed to add, however, that for years this has included Polish cash.

Poland and Europe are facing a stark choice: existing fuel supply contracts with Russia will need to be terminated, but this brings with it the risk of enormous uncertainty on energy markets and rising prices. The RePowerEU plan (initial communication in March) currently being developed by the European Commission and due for final publication later in May is as correct as it is general: we know that sources of gas need to be sought elsewhere than in Russia and that the development of renewable technologies, including hydrogen, needs to be accelerated. With its decisions, Russia has only accelerated what is necessary: the attempt to force transfer payments in roubles and the turning off of the tap on the Yamal gas pipeline will mean that the transition will have to be carried out at lightning speed.

With no intensified cooperation between EU member states for gas supplies and failing to ramp up energy savings and energy efficiency on a larger scale, we are headed straight for energy poverty, underheated homes and horrendously high fuel prices. This is a price Europe has to pay to stand up to a murderer. We must remain conscious of that fact, and together look for solutions to minimise the losses. Berating others and looking for someone to blame will not heat our homes.