In war there are winners and losers. One U.S. gas company profiteering off the back of Russia’s invasion of Ukraine is America’s largest Liquified Natural Gas (LNG) exporter, Cheniere Energy. The company has pivoted more of its exports this year to Europe, which is in desperate need of alternatives to Putin’s gas. Over 70% of the company’s LNG exports went to Europe in the first half of 2022, up from less than 40% the year before. Lorne Stockman and Andy Rowell report. This article was originally published on Oil Change International. 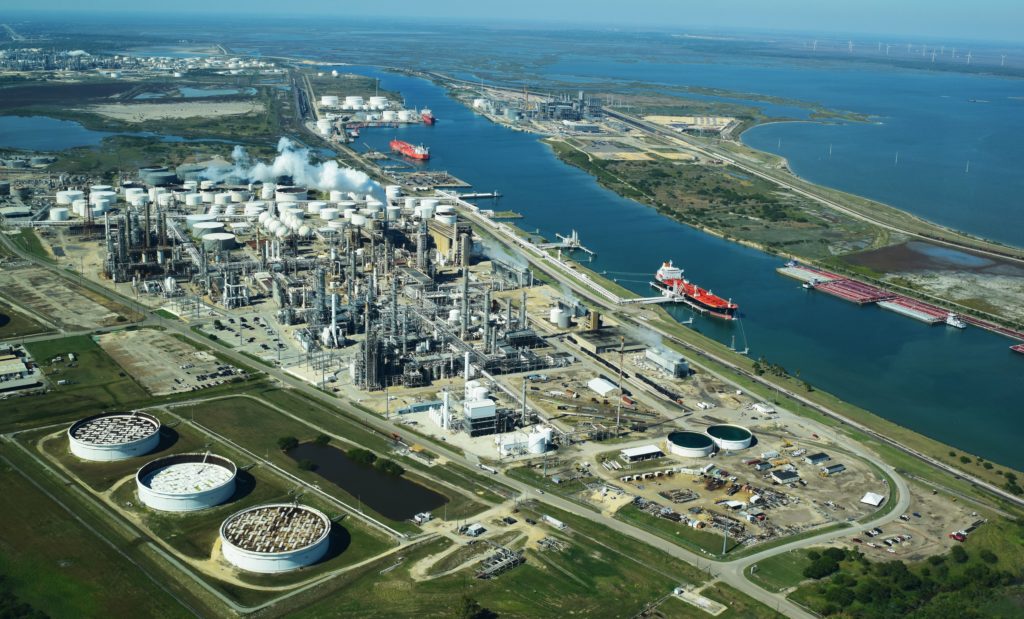 Log on to the company’s website and its greenwashing is easy to spot: “At Cheniere, we provide clean, secure and affordable energy to the world”, says the company, which has adopted the long debunked narrative that despite being a fossil fuel, gas is somehow clean.

Cheniere likes to call itself a sustainability leader within the U.S. gas industry. Central to that claim is an initiative launched in February 2021 to track the lifecycle greenhouse gas (GHG) emissions of the LNG it supplies to customers, and issue so-called Cargo Emissions Tags (CETs) with its shipments. The company announced just last week that it began issuing these tags in June to its long-term contracted customers.

The purpose of the tags is not just to inform Cheniere’s customers about the amount of GHGs associated with a cargo. The company claims that this is part of an effort to work with suppliers to reduce emissions, particularly super-potent methane emissions, in its supply chain. But how well does the company actually track these emissions? How reliable and transparent is the information on the tags?

Oil Change International and Greenpeace USA released a report raising serious questions about both the methodology and the intent of Cheniere’s cargo emission tags. Here are the key findings:

The findings in our report expose the deep flaws in the U.S. gas industry’s ongoing strategy to claim its addressing the climate crisis via methane emissions monitoring and reductions. It’s a strategy long on lofty claims and short on results.

In June, as Cheniere was preparing to issue its first emissions tags, the satellite monitoring firm Kayrros issued a stark alarm call. They found that methane emissions are drastically increasing  in the world’s most prolific oil and gas basins.

In contrast to claims by U.S producers to be making progress on the issue, Karryos warned that: In total, emissions from the Permian, Appalachian and Anadarko fossil fuel basins, accounting for a large share of total US onshore production, reached their highest level in three years in Q12022, extending 2021 gains, while signs of rebounding oil and gas field activity suggest even faster emission gains might be on the cards for the remainder of 2022. (our emphasis added)

This not only suggests a lack of progress in reducing methane emissions in the U.S. But also confirms a pattern that we have seen since the beginning of the ongoing fracking boom. That is that as production of oil and gas increases. So do methane emissions.

A report from the House Committee on Science, Space and Technology, also published in June, went some way to explaining what may be behind the lack of progress in reducing methane emissions in the U.S. The report which examined science-based approaches to methane monitoring in the oil and gas sector, came to a startling conclusion about some of the top oil and gas producers it surveyed in its study.

In discussing responses it received from questions sent to these companies it noted that: the ten operators provided lean answers and scant evidence of deliberate effort to mitigate super-emitters. (…) These responses indicate a troubling lack of initiative on the part of the oil and gas sector to proactively implement LDAR  (Leak Detection and Repair) practices designed to reduce super-emitting leaks.

Our report today simply adds to over a decade of analysis that finds that methane emissions in the U.S. oil and gas sector are underestimated, rising and poorly monitored and quantified. But don’t take our word for it.

Cheniere’s senior director of climate and sustainability, Fiji George, who was the corresponding author in the methodology paper that we found so many flaws in, told Bloomberg News in April that when it came to understanding whether Cheniere’s suppliers’ emissions were higher or lower than the widely discredited engineering calculations that are commonly used in the industry, “Nobody really knows.”

Andy Rowell is a is a freelance writer and journalist, blogging for Oil Change and specialized in environmental issues. He has written about the oil industry and climate change for twenty years.

Lorne Stockman is the Research Co-Director at Oil Change International, where he researches and analyzes developments in the North American oil industry.