While media coverage has mainly focused on China and India’s record-level imports, other countries in Asia – particularly East Asia – have also been among the top global importers of Russian energy – and are therefore also implicit contributors to the war effort. A new data visualization website shows that countries in the region are likely to become top importers of Russian fossil fuels once Europe finalizes its plans to phase them out, and that moving towards renewables makes more sense considering the global security risks of fossil fuels, the climate crisis and the falling costs of renewables. 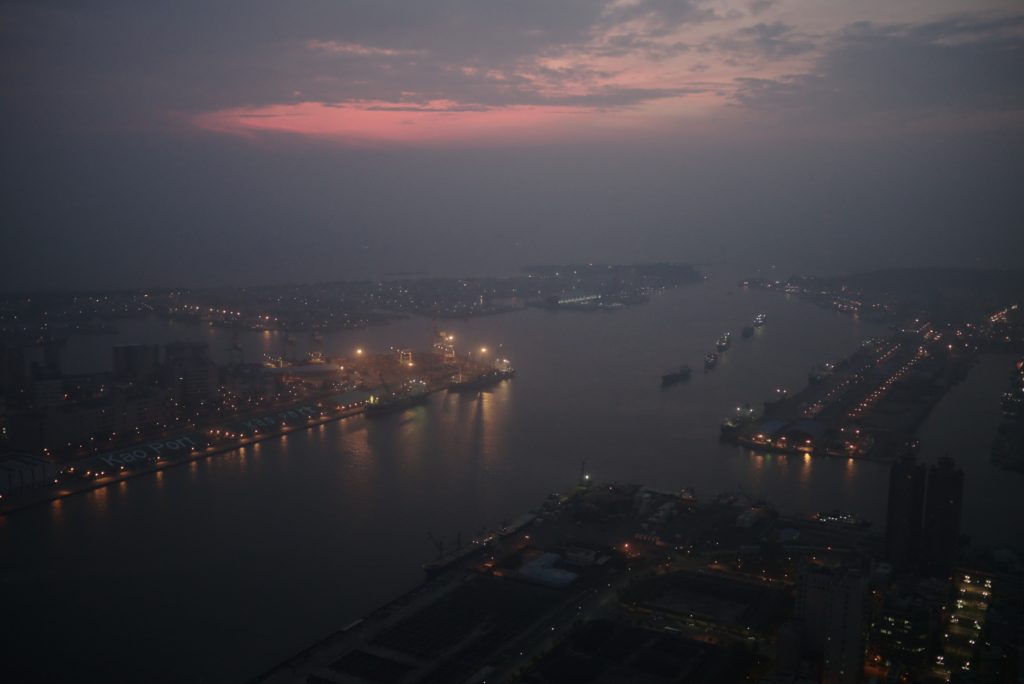 According to new data revealed by research think tank Centre for Research on Energy and Clean Air (CREA), Asia’s top economies – China, Taiwan, Japan, and South Korea – bought over 33 billion euros worth of fossil fuels from Russia since the beginning of its invasion of Ukraine up to July 31.

As the Ukraine war nears its six-month mark, EU countries have finalized plans to ban Russian coal and crude oil by the end of the year. Experts say that will leave countries in East Asia – which have not committed to phase-out plans as robust as Europe’s – to rise as the top importers from Russia.

Russia’s war effort has been enabled and sustained by fossil fuel revenues. In 2021, approximately 45 percent of Russia’s federal budget came from oil and gas revenues, according to the International Energy Agency.

During that period, an estimated 1 billion euros worth of the latter three countries’ revenues went toward Russia’s federal budget, according to CREA’s estimate. 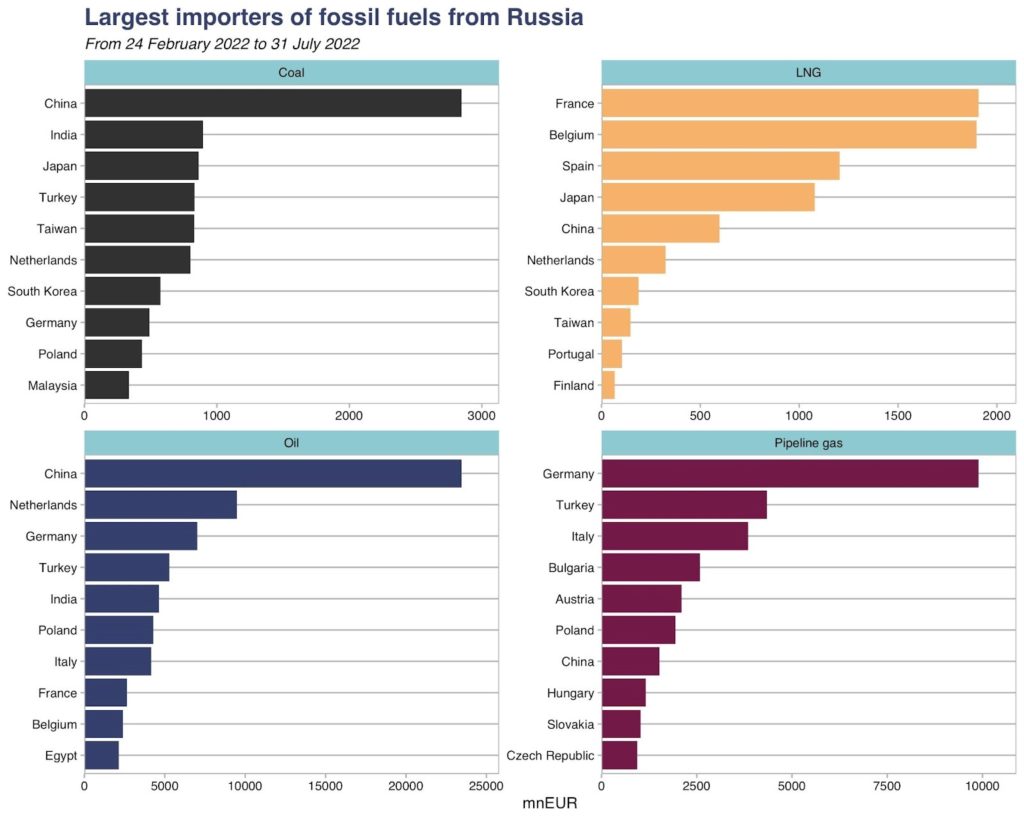 “Japan, South Korea and Taiwan are all among the ten largest importers of both LNG and coal from Russia, collectively importing nearly 5 billion euros worth of fossil fuels since the start of the invasion,” said Lauri Myllyvirta, lead researcher at CREA. “When EU countries’ bans on Russian coal and oil take effect by the end of the year, countries in East Asia will essentially be left as the top buyers of Russian fossil fuels.”

Japan announced a gradual ban on Russian coal in April, as well as on Russian crude oil as part of its membership of the G7 in May. However, while oil shipments stopped mid-April, coal shipments still made its way into the country as recently as July. While South Korea and Taiwan have mostly aligned with EU and U.S. sanctions on Russia, they have yet to enforce a ban on Russian fossil fuels specifically. According to CREA’s data, shipments for Russian fossil fuels have been received by both countries in July.

“Moving to a full ban on imports would show both important moral leadership and improve the countries’ energy security by insulating them from energy blackmail,” Myllyvirta added.

“Continued investment in fossil fuels will accelerate climate change and continue countries’ dependence and vulnerability to often autocratic regimes,” said Florian Krampe, Director and Senior Researcher at SIPRI’s Climate Change and Risk Programme. “If countries embrace the necessary energy transition towards a fossil-free economy and invest in renewables, they might do more with less and ensure more resilient peace when the time comes.”

Some companies have taken steps to ending Russian energy imports. In February, at least one unit of Korea’s state utility KEPCO started “diversifying” its coal import sources away from Russia, according to an unnamed source at the unit. In March and April, Japan-based Kyushu Electric Power and ENEOS said they would no longer buy Russian crude oil and coal.

Taiwan’s state-owned gas company CPC Corporation said it would not renew its 5-year LNG contract with Russia in March, when the contract was slated to end. However, CREA tracked an import from a Russian port – most likely a spot purchase – in May, despite Taiwan’s announcement that it would not extend purchases beyond the end of its contract in March.

No other company in the region besides those above have publicly committed to stopping purchases of Russian fossil fuels.

In June, a group of Ukrainian activists sent letters to six Japanese companies that received imports, including JERA, Hokkaido Gas, JFE Steel, Nippon Steel, Tokyo Electric Power and Chubu Electric Power. They said with the exception of Hokkaido Gas, they received responses from five companies, most of whom stated that they would take measures in “accordance with Japanese government policy.”

In JERA’s response, it said the company “would consider necessary measures in accordance with economic sanctions and trade restrictions imposed on Russia by the Government of Japan and other governments,” while Nippon Steel’s response said it would “quickly implement alternative procurement and other measures in line with the Japanese government’s policy.”

“While Japan still buys Russian fossil fuels and is still one of the largest importers of Russian coal, Ukrainian people still lose their homes, their future, and their lives,” said Nataliya Lushnikova, project and program management specialist of Ecoclub, a Ukrainian environmental NGO.