Biomethane and biogas are increasingly turned to as alternatives for fossil gas. However, their production and distribution can still result in climate damaging methane (CH4) emissions, the magnitude of which remains unclear. A new study from the Imperial College London finds that emissions along the supply chain are much greater than previously estimated. Mitigating CH4 throughout not only fossil gas, but also biomethane and biogas supply chains is urgently needed. Lisa Tostado investigates. 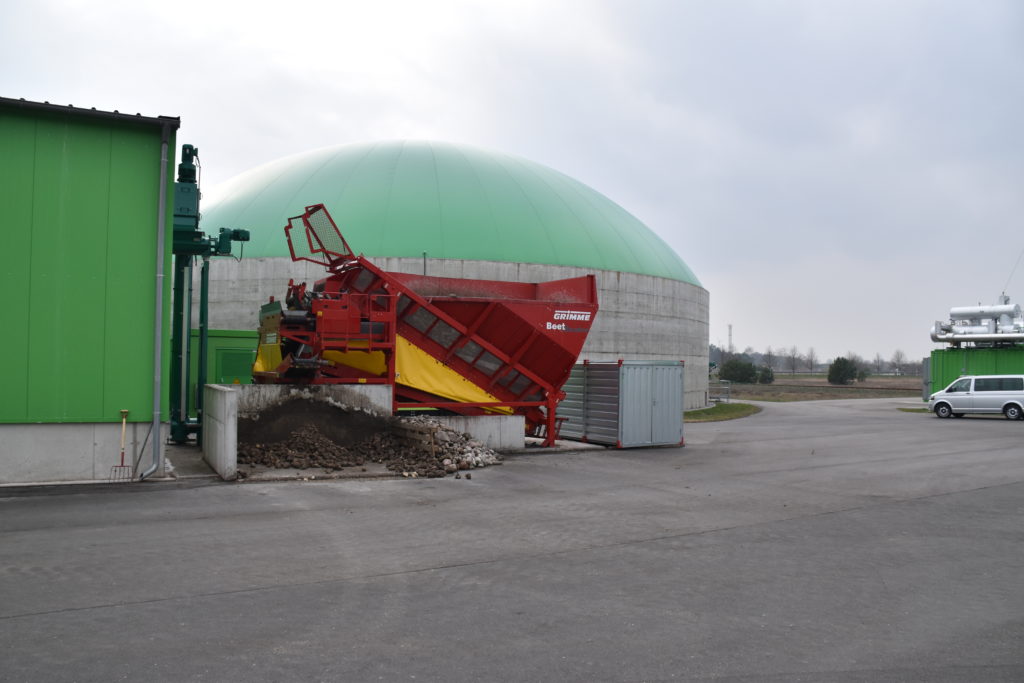 Hopes in biomethane and biogas

An immediate shift away from all fossil fuels is necessary to mitigate the climate crisis. A focus has been on getting rid of carbon-intensive oil and coal – with gas being an alleged bridge to a cleaner future. The International Energy Agency argued last year that there is no room for any investments in new oil, coal and gas production anymore to respect the Paris Agreement. Research on the extent of methane leakages from gas infrastructure also undermine claims of environmental benefits over other fossil fuels. While methane stays in the atmosphere for a shorter period, it is over 80 times more potent than CO2 over 20 years and is also an air pollutant, causing serious health problems. Furthermore, betting on further fossil gas infrastructure can lead to lock-in effects and stranded assets, delaying the phase-out of fossil energy and the development of a 100 per cent renewable energy system.

Russia’s war of aggression against Ukraine put additional pressure on the need to reduce fossil gas consumption. Reducing gas consumption, energy efficiency, electrification, and a massive build out of renewables, which are now cheaper than fossil fuels in most of the world, are the most important measures towards a sustainable economy and society. However, in the short term replacing parts of the Russian gas by alternative suppliers and biogas – especially for buildings and industry – is also on the table. In its RepowerEU Plan, the European Commission aims to produce 35 billion cubic metres (bcm) of biomethane per year by 2030 – double that of a previous objective set out in the Fit for 55 communication.

Biomethane and biogas that use organic material as feedstock have emerged as candidates to replace fossil gas and lower greenhouse gas emissions. Similar to fossil gas, biomethane can be easily stored and injected into the existing gas infrastructure. The International Energy Agency estimates that global biomethane and biogas production could satisfy nearly 20% of global gas demand in 2040 if its sustainable potential was fully utilized. IPCC scenarios predict biomethane capacity to increase by up to 200-fold between 2020 and 2050. Today, Europe is the world leader in biomethane production by upgrading biogas. Germany is by far the largest market, and home to two-thirds of Europe’s biogas plant capacity.

However, a thorough understanding of where, when, and how much CH4 is released remains absent. Reducing CH4 emissions is crucial to stay ‘‘well below 2°C’’ as stated in the Paris Agreement, especially in terms of looming tipping points.

A new synthesis and analysis of existing biomethane and biogas CH4 emission data reveal that CH4 emissions throughout the supply chains have been underestimated. They could be more than two times greater than even the highest previous estimates by the IEA which had only looked at incomplete combustion of biomass, accounting for inefficiencies in the process, and not leaks in the supply chain. In the new study, the figure for supply chain emissions is similar in magnitude to the inefficiency estimate. As such, the study shows that the overall biomethane supply chain emission profiles is similar to those of oil and fossil gas, with lower direct CH4 emissions than the fossil gas supply chain but much higher CH4 loss rates. Researchers also reveal that about two thirds of the methane leaks were concentrated in a small number of super-emitter facilities and pieces of equipment within the chain.

The scope of the study covered each part of the supply chain from production and upgrading, transmission, storage, and distribution, and digestate storage. Analysing data from more than 50 previously published studies on methane measurements and site data from emission sources along the supply chain, researchers were able to create a model that they compared with off-site emissions reported from whole-site measurements in previously published studies.

Some reasons for these leakgages were found to be related to intermittent emission patterns, making them harder to track, underusing process equipment, improper maintenance strategies and less-than-effective design also contributed to unnecessary emissions. The biogas landscape is more scattered than the fossil gas one and suffers from a lack of investment for modernisation, operation, and monitoring.

Reducing emissions from biogas is possible

Lead authors Dr Bakkaloglu said: “To prevent biogas methane emissions negating the overall benefits of biogas use, urgent attention is needed including continuous monitoring of biogas supply chains. We believe that with the proper detection, measurement, and repair techniques, all emissions can be avoided. We need better regulations, continuous emission measurements, and close collaboration with biogas plant operators in order to address methane emissions and meet Paris Agreement targets. ”

Another factor is important in the equation even though it was not subject of the study: greenhouse gas emissions across the life-cycle also greatly depend on the feedstock[1] used: crop (residues); animal manure; the organic fraction of municipal and industrial waste, and wastewater sludge. Specific energy crops grown solely for energy production rather than food, have played an important part in the rise of biogas production in some parts of the world, notably in Germany. The current Minister for the Environment thinks of this strategy as “having gone down the wrong track”. First, using only waste and residues as feedstocks avoids the land-use issues associated with energy crops. Second, these latter also require fertilizer, still typically produced from fossil fuels, which worsens their life-cycle emission score. Biogas derived from food or feed crops can therefore undermine the potential mitigation benefits of biogas – any biogas developments should be based on waste or residues.

With the expected increased use in biomethane, more research is needed to determine where emissions occur and how to avoid them. The most detailed measurement surveys analyzed in the study discussed here have been conducted in various regions of Europe and mainly at agricultural plants. Data therefore substantially reflect European agriculture. More data for other geographic regions is crucial to find ways ahead. There can be climate benefits of biomethane and biogas production (from biowaste and residues only) compared to fossil gas, but effective methane-mitigation strategies must be designed and deployed at each supply chain stage.

[1] Most biomethane production comes from upgrading biogas, so the feedstocks are the same as those described above. However, the gasification route to biomethane can also use woody biomass as a feedstock, which consists of residues from forest management and wood processing.