In the face of setbacks, the global climate movement is at loose ends. But rather than doubt itself – and resort to violence – it has to buildout its prodigious achievements with the kind of non-violent activism that has proved so effective. Paul Hockenos has the story. 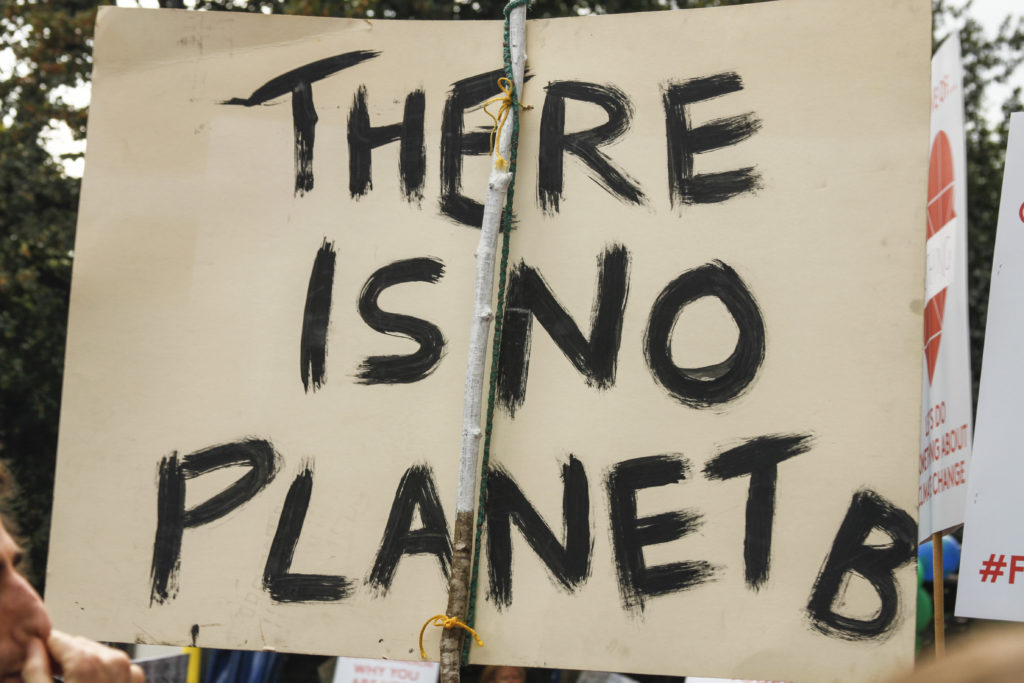 Two years of pandemic – and ever grimmer news about climate breakdown – has changed the climate movement, which burst into the global public sphere four years ago. One of the issues contested ever more vigorously within the movement is the nature of its civil disobedience – and relationship to violence.

“Today there’s all generations, not just school kids, but also the churches, scientists, the LGBTQ+ movement, human rights advocates, and many more involved,” says Fridays for Future’s Luisa Neubauer. “Hence there is not and there shouldn’t be just one single plan of action,” she says, referring to the climate movement’s palette of hunger strikes, legal challenges, divestment campaigns, street blockages, and cities declaring climate emergencies. “Every new voice, every new group contributes something different, including new methods of resistance.”

Indeed, global climate politics are in a wholly different dimension than they were four years ago – thanks largely to the grassroots movement, originally led by Fridays for Future. The street protests and school strikes across the world broke down brick walls – in public consciousness and the halls of power – that climate scientists and environmentally minded politicos had flailed at ineffectually for a decade.

But climate activists in Europe also grasp that the steps forward taken, though unprecedented, are not nearly enough to hold global warming at 1.5 degrees Celsius. “Protest movements draw attention to an issue as do fire alarms,” Tadzio Müller, formerly  of the anti-coal group Ende Gelände (Here and No Further!)  told Der Spiegel magazine. “They change public opinion, and then politicians must act accordingly. But they don’t act.” “We’ve had 26 climate summits, and emissions are rising,” he says.

“So this raises the question,” Müller puts it succinctly, “What do we do now?”

Fresh forms of protest are, of course, entirely legitimate and required. But some currents of frustrated activists are throwing overboard their hitherto protest forms and the strategy to pressure ordinary people to grasp the severity of the crisis, on the one hand, and push the political class to act resolutely in the interest of the planet, on the other.

Take Germany’s Klimaliste, or Climate Slate, which emerged last year to run single-minded climate candidates in elections. “We need to go from the streets into the parliaments,“ Alexander Grevel of Klimaliste told The Nation magazine. As for the Greens, the favored party of many but not all German activists, “they’re not nearly green enough.”

Other factions endorse more radical forms of civil disobedience to jar people awake, force the hand of politicos, and even disrupt the workings of the fossil fuel industry. Extinction Rebellion, a global alliance based in the UK, stages street blockades since 2019, among other actions, disrupting traffic and commerce. Germany’s Ende Gelände occupies coal mines, stopping production for hours at a time and garnering, at least at first, intense media coverage. Uprising of the Last Generation has sought to block access to airports in Berlin, Frankfurt, and Munich in protest of food waste.

If the system is so broken that it can’t deliver consequential climate policies, then the movement has to strike the system itself, Ende Gelände says. Acts of sabotage on a wide scale can reduce economic activity, and thus lessen emissions, they reason. “The only thing that affects emissions is more or less economic output – or economic growth, yes or no,” says Müller, who works for the Rosa Luxemburg Foundation and does not speak for Ende Gelände.

”We’ve got to say, ‘Okay, we’re not just going to do civil disobedience,’ we’re going to do what I’ve call peaceful sabotage,” Müller told the portal UnAuf this year. “For example, we go to a construction site or an open-cast mine and we try to block not only symbolically, but that we show: these things must be broken. Because the governments, the parties, the economy are not doing it. Meanwhile, the climate crisis is killing people. At what point does peaceful sabotage actually become self-defense, so to speak? I would say that we have definitely reached that point with the new IPCC report.”

There is a Strategy B

Neubauer doesn’t condemn these tactics or plans: Fridays for Future is an umbrella movement whose supporters work simultaneously with other groups, including Klimaliste, Ende Gelände, Uprising of the Last Generation, and Extinction Rebellion. But she argues that FFF’s success has been its deep penetration into the heart of mainstream society and ability to impact election campaigns, like the 2020 EU parliament vote and Germany 2021 federal election.

“We attract hundreds of thousands because we’re disciplined,” Neubauer says. “Our core competency is to rally together masses and create tailwinds.” She argues that the larger climate movement has to “shape a transformation in such a way that it’s bearable for people or even a positive experience.” Climate protection and jobs are not mutually exclusive, she argues. “The idea of a climate-friendly world can only succeed if there is a common narrative, a common will behind it, one not just supported by a small group. It’s a mistake to make it us against them,” she told the daily Die Tageszeitung.

The presence of the Greens in Germany’s centrist coalition government is a dilemma for the climate movement. While the movement is largely responsible for the woke public consciousness that enabled the Greens to score a record high 15 percent in the 2021 vote, and occupy four ministries central to climate issues, the movement, even a party members like Neubauer, are fiercely critical of the Greens’ compromise stands and policy proposals that fall short of the Paris goals.

On the one hand, the Greens’ campaign climate program, even if implemented to a tee, would not get Germany to zero emissions by 2045, say climate scientists. On the other hand, the Green-formulated emergency climate package calls for a massive clean energy rollout, mostly solar and wind energy, unlike anything attempted before in Europe in so few years.

Yet will the 85 percent of Germans who didn’t vote Green will back such a radical overhaul of their reality? It means blanketing the country with solar panels, wind farms, and smart grids – measures that have elicited NIMBY protests across the country.

Should the climate movement perhaps lend the new officials a hand, helping its package to win acceptance? Or blast the compromises it’s been forced to make in exchange of a something more rigorous?

The climate movement groups each have their own answer to these questions, and others. That’s not a bad thing. As for FFF, it should consider a return to the audacious act of civil disobedience that shot it to global prominence: the school strike.