Europe can hurt the Russian war machine – and help the climate at the same time. Russian president Vladimir Putin’s invasion of Ukraine has sparked a wide-ranging revamping of energy policy in Europe with a new, no-holds-barred objective: to wean the continent from Russian fossil fuels — as rapidly and comprehensively as possible — and accelerate the continent’s green energy transition. Paul Hockenos explains. 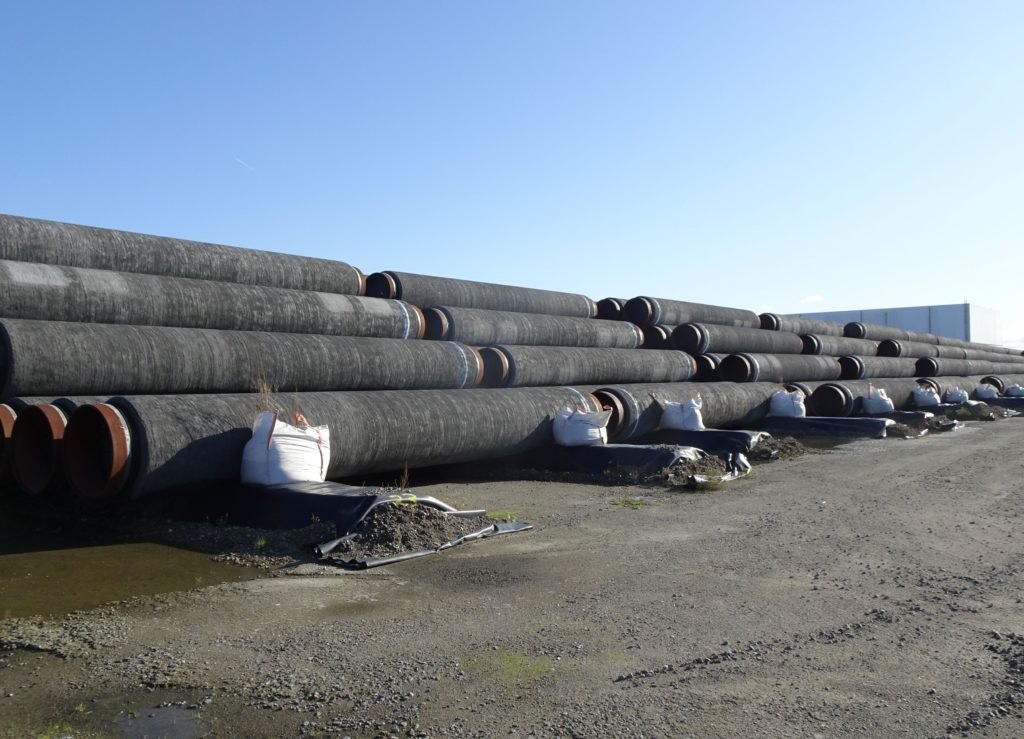 Nord Stream 2 is off the table as germany takes concrete steps to decrease dependency on russian fuels. (Photo by Gerd Fahrenhorst, CC BY 4.0)

“This is a whole new ballgame now,” says Sascha Müller-Kraenner, a German energy expert and author of the book Energy Security, told Yale Environment 360. “Europe can’t be in exactly the same position it is right now [in terms of reliance on Russian gas] at the start of next winter. Today climate policy and energy security policy are one. It’s a huge chance for Europe to finally make good on its climate goals.”

Yet for the most gas-dependent Europeans, like Germany, it won’t be as easy as EU climate policy chief Frans Timmermans, vice-president of the EU’s executive, proclaims: “Let’s now dash into renewables at lightening speed… The faster we move, the sooner we reduce dependency on others.” Switching from gas to electric heating, and the rollout of renewable energies, takes time – and has proven more cumbersome and complex than many European leaders had anticipated.

Germany has already taken concrete steps to kick its Russian fuel addiction, declaring the immediate ramping up of its climate program, already among the most strenuous in Europe. Its goal now is a 100 percent renewable power supply for 2035 rather than 2050. “This not only benefits climate protection, but makes us independent of Putin’s gas, oil and coal,” tweeted Oliver Krischer, a top official at Germany’s Ministry of Economics and Climate Protection. Off the table forever is Nord Stream 2, the controversial Russian gas pipeline that would have doubled Russia’s delivery capacity to Europe.

The EU has put forward plans to slash dependency on Russian gas imports by two-thirds before the end of the year and to fully decouple from Russian imports by 2030 at the latest. It is mobilizing more investment in renewables and fast-tracking deployment of solar energy and renewable hydrogen, the quick implementation of far-reaching energy efficiency measures, and the production of 35 billion cubic meters of green biogas by 2030. The European Commission’s strategy to achieve this goals is dubbed “REPowerEU” and will explicit more detailed plans in May this year.

“Until now, there hasn’t been the political will in Europe to explicitly make clean energy sovereignty a goal,” explains Matthias Buck of the German think tank Agora Energiewende, who expects the annual speed of renewable energy deployment to be tripled. “Now the logic is different and everyone is on board. The technology, particularly wind and solar energy, is already there and cheaper than fossil fuels, we now have to do it, to finally roll it out on a large scale.”

Europe has found itself staring a stark new reality in the face: Russia could, at any moment, cut off gas deliveries to Europe, paralyzing industry and in a worst scenario, causing millions of citizens to go cold. At the moment, an abrupt cut off of Russian gas would force Europe’s most dependent countries – the Central Europeans, Germany, and Italy – to undergo strict and painful rationing regimes.

In terms of geopolitics: an overwhelming majority of now see the purchase of Russian gas – previously a constructive bond between east and west – as fueling the Russian war machine and truncating the continent’s geostrategic leverage.

Despite Habeck’s cautious reappraisal of a short-term prolongation of coal and nuclear power, Müller-Kraenner and others argues that their environmental drawbacks point to turbocharging Europe’s low-carbon, smart-energy transition as an answer to Russia’s war in Europe.

“There’s every indication that we can reconfigure Germany’s energy supply and use in such a way that we will be in a much better, much stronger position vis-a-vis Russia than we are right now,” says R. Andreas Kraemer, founder of the Berlin-based think tank Ecologic Institute. “We can meet ambitious climate goals as well as strengthen national security. Germany’s new government has already ratcheted up the clean-energy transition and now it can ratchet it up further. The overnight shift in energy and security thinking is so far-reaching that you could say that Germany is a different country today. Putin’s renewed attack on Ukraine has changed Germany overnight.”

How will Germany, and indeed all of gas-dependent Europe, accelerate this daunting transition?

Firstly, says Kraemer, Europe has to utilize gas much more sparingly, efficiently, and only in priority sectors. “Russian gas is gas of last resort,” he says. “It should be used only where there is no alternative or where it produces the highest value,” such as for heating homes in cold spells and in essential industries. Should push come to shove, and all Russian gas be terminated, leaving Germany short, the chemicals and plastics sectors might simply be forced to shut down for a time.

Households, for example, rely on natural gas for almost half of heating in Europe, and that heating represents 70 percent of a household’s energy consumption. But, despite ample lip service, energy efficient building renovation has dragged in the EU and currently faces a yawning investment gap. In 2020, the European Commission estimated that around 275 billion Euros in additional investments a year were needed to renovate the desired two percent of its building stock annually. Even at this rate, though, it would take dozens of years to make EU buildings energy efficient, and in Central Europe, where renovation rates are lowest, even longer.

Even the EU’s most ambitious current energy efficiency target envisions the bloc trimming fossil fuels by 9 percent by 2030.

“The first thing that has to happen is that the EU get serious about the targets it has,” says Heike Brugger, an expert at Fraunhofer Institute for Systems and Innovation Research, which she says will entail more low-interest loans and financial incentives as well as carefully evaluating current incentives, which still support investments in gas infrastructure. “Buildings have to be thought of as part of the smart energy systems of the future,” she says, and be turned into high-efficient energy users, energy producers, and a means of energy storage.