The measures that could immediately decrease energy demand range from the individual level to the European – and most of them aren’t rocket science but rather low-tech or no tech no-brainers. Paul Hockenos has the details. 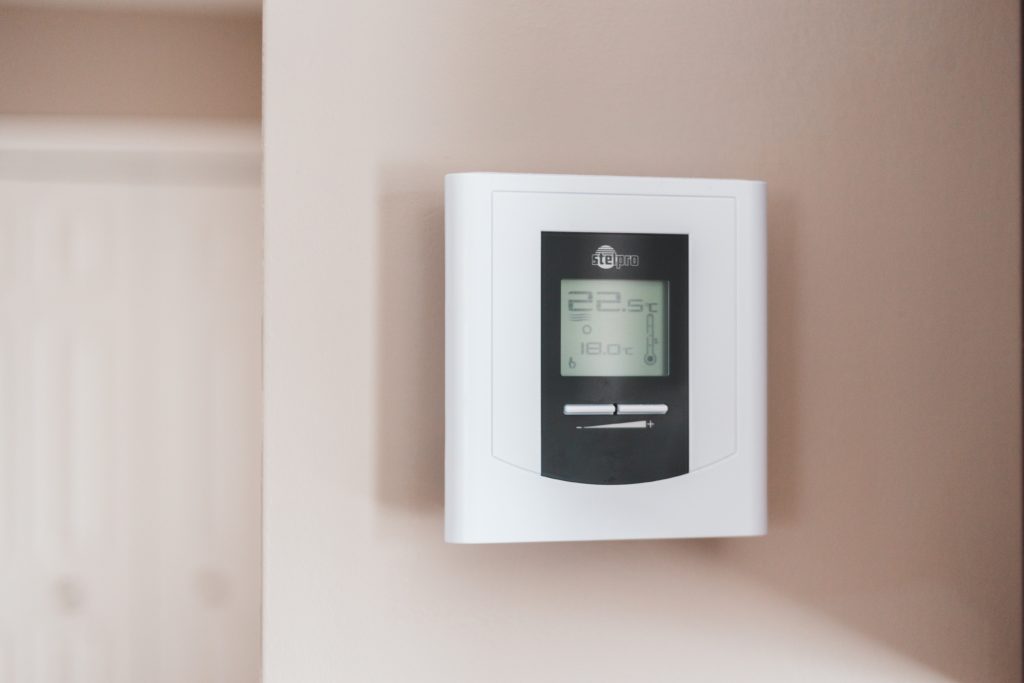 Turning down the thermostat by 1 degree Celsius in Europe would provide useful savings of gas. (Photo by Erik Mclean, CC-0)

This is the way energy efficiency works, say the experts: skimp here and there, shave a degree off heating processes, reduce speed limits by 10 km/h, insulate doors and windows. Bit-piece skrimping adds up quickly – very quickly – and could help the West immensely in dealing with a stop to Russian energy imports.

Of course, renovating old buildings and outfitting new ones with state-of-the-art energy efficiency and generation capacities is the long-term strategy that experts say is a game changer. Industries have to get energy smart, too, and revamp technology in ways that will, among other things, save them money.

But the low-hanging fruit is much easier to pick – and will be the go-to measures should energy from Russia be cut off abruptly. According to the International Energy Agency, for example, households and buildings turning down the thermostat by 1 degree Celsius in Europe would save about 10bn cubic metres of gas within a year, a useful saving on total Russian gas imports of 155bn cubic metres, if implemented alongside other such measures. German experts say double the impact by dialing back by 2 degrees – and taking short showers, turning off the lights, and shutting doors at home. This could cut back gas consumption in Germany by as much as 10 percent.

Can’t we all wear extra thick sweaters in solidarity with the people of Ukraine? It’s not too much to ask, I think.

The Belgian think tank Bruegel argues that energy conservation in residences can be promoted with either regulation or economic incentives. Public and private buildings can be required to reduce heating or encouraged to do so through “saving-bonuses” paid on the basis of energy saved.

Steffen Joest of DENA told The Nation magazine that he and his agency have been pushing the merits of energy conservation for years but that even in Green circles, including the present government, uptake has been slow. Now, he thinks, in government as well as the economy, changes that until recently were thought of in terms of decades are now being thought of in years – or less.

The quickest, least costly kinds of energy savings, Joest argues, is in the many small things that residences and industrial players can undertake on their own – and that they could ratchet down energy consumption significantly in a very short amount of time.

The industrial sector, though, is where big chunks of energy can be saved, especially in those energy-intensive sectors that also blow voluminous emissions into the atmosphere, namely steel, concrete, chemicals and plastics. Until now, demand management, also known as demand response, has been an underused method to shift and lessen industrial energy demand, despite the fact that experts have sung its praises for years.

In the industrial sector, where 70 percent of the fuel used is gas, large volumes can be peeled off, especially in those energy-intensive sectors that also blast voluminous emissions into the atmosphere, such as steel, concrete, chemicals, and plastics. Until now, systems-optimization technology has been underused to shift and lessen industrial energy consumption, despite the fact that experts have sung its praises for years. Stefan Büttner, director of global strategy and impact at the University of Stuttgart Institute for Energy Efficiency in Production, says that German industry could cut energy consumption by a third by using affordable, market-ready innovations such as high-temperature heat pumps and intelligent drive technology, and optimizing energy network systems.

In Europe, the circular economy—namely, economic processes that preserve the value of products, materials, and resources—is at the heart of a new industrial policy. The circular economy can preserve the energy embedded in products and materials. Reusing product components can, in some cases, reduce energy demand by up to 80 percent. Ideally, this process starts at the very beginning of a product’s lifecycle: Smart product design and production conserve resources and energy and circumvent waste. Estimates indicate that the EU legislation for energy labels and eco-design—among its most storied environmental initiatives ever—will reap energy savings the equivalent of approximately 230 million metric tons of oil by 2030.

Experts say that without Russian gas next winter show Germany with a shortfall of 15 to 20 percent of supply. Couldn’t demand reduction alone cover this?

In the European Parliament, there’s movement afoot to make some of this happen. The Danish politician Niels Fuglsang is proposing to raise the 2030 energy efficiency target to 43% (in comparison to the 36% target proposed by the Commission) and add binding targets for individual countries. As a rapporteur for the respective legislative file, his initiative would hike annual savings for individual countries to 2% – compared with 1.5% in the Commission’s proposal – from 2024.

“Energy efficiency is the response to several of the crises that we face. The climate crisis but also energy poverty,” Fuglsang told EU Observer.

In the long run, insulating buildings or making industrial processes less energy-intensive can save money, but such investments have high upfront costs. The European Commission has urged countries to finance them using its 800-billion-euro COVID-19 recovery fund. Fuglsang also proposes expanding the mandatory annual renovation rate of 3 percent from buildings that are “owned by public bodies” to buildings that are “owned or occupied by public bodies and of tertiary buildings.“

Of course, the no-brainer extraordinaire in Germany would be to set a speed limit of 120 km/h on the autobahn. But even a government with the Greens in leading posts can’t seem to make that happen, not least due to the continued resistance of the Free Democrats, one of the three governing coalition partners. Will the same forces that block such low-hanging fruit really agree to change their habits in any way at all – for the climate or Ukraine?