In Honduras, with the election of the new president, hope for a transition towards a renewable-based and non-corrupt energy sector arises. The whole sector requires rebuilding and infrastructural expansion is urgently needed. Though the odds seem positive, open questions remain. Rebecca Bertram discusses perspectives and obstacles. 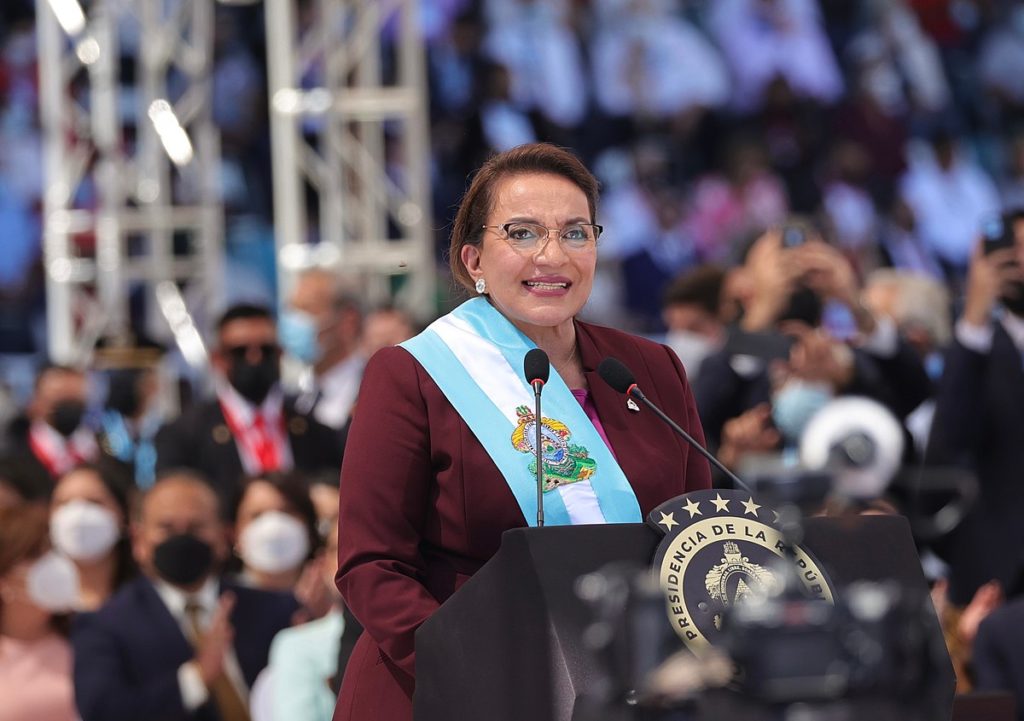 Last November, Hondurans elected their first female president, Xiomara Castro of the left leaning Libre Party, amid high hopes for real change in the country. In particular, Castro had promised to generate 70 percent of the country’s electricity needs from renewables.

Will she be able to keep her promise, and what will her overall energy policy look like? Her renewable energy target is a tall order in itself even for industrialized countries. How much more so for Honduras, where 73 percent of the population is living in poverty, and where according to World Bank a total of 7.2 percent – some 720 000 people – have no access to electricity at all. For years, the sector has been underfunded and undermined by corruption.

To many onlookers, it did not come as a surprise that within days after taking office in January, President Castro declared the National Electricity Company (ENEE) bankrupt. This year alone, the state company braces for losses of 1 billion USD. Almost 60 percent of these result from fraud and non-technical failures, making Honduras’ ENEE one of the most inefficient energy providers in Latin America.

Since ENEE’s losses are directly borne by the state budget, the new Castro administration’s starting point must focus on making it functioning and profitable. Yet its real challenge is to find ways to rebuild the sector as a whole. The government needs to invest in much needed infrastructure that connects rural areas to the grid. It is therefore also important to win the support of international donors despite the country’s reputation of being hyper-corrupt. According to Global Witness, international financial institutions and other donors have provided millions of US dollars for the sector, only to watch most of it disappear in the pockets of company and other officials.

In a recent interview, Honduras’ new Energy Secretary outlined how his government is in touch with a number of industrial countries, such as Japan, Germany and the United States to gain further financial aid for its overall infrastructure, electricity transmission and distribution. Yet these are just preliminary talks, and given Honduras’ corrupt traditions, it remains unclear whether any foreign money will actually flow into the much-needed infrastructure.

Nor is President Castro’s idea to provide electricity free of charge to the 1.3 million Hondurans who use less than 150 kWh per month. A large part of this group is already tapping into the system illegally. Exempting the poor from paying for the electricity has been widely debunked as an effective method for improving peoples’ standard of living. Unless other key poverty indicators, such as access to running water, basic sanitation, consistent food supply, good education and health care are taken care of, free electricity, so the findings by Forbes, is no more than a waste of public funds. What many independent experts consider as a purely populist move would only put further strain on a system that is close to collapse as it is, but also result in higher electricity prices for all other consumers.

What then would be a realistic option for improving Honduras’ electricity conundrum? One would be to make the sector more attractive to private capital by limiting the duration of so-called power purchasing agreements (PPAs) between business and electricity producer. In Honduras, the duration is generally 25 years, leaving little room for competition and flexibility in the market. Reducing the contract term of these PPAs could provide an important short-term boost to competition and private investment in the sector. The other, more ambitious and demanding option is to engage private business in a fundamental reform of the regulatory framework to increase transparency and fight corruption simultaneously. This strategy per se is nothing new and dates back to the 1990s where the so-called Washington Consensus policies called for greater market orientation and private sector involvement when restructuring the power sector. Rethought and applied in the current Honduran political context, it could be a positive starting point.

After all, these stakeholders have a strong interest both in a steady and affordable electricity supply and in a sustainable regulatory framework. And what is perhaps more important, Honduras’ entrepreneurs have long realized that corruption has a damaging effect on their business. They could thus be important allies for the government if and when it gets its act together, bearing in mind that this strategy alone is unlikely to solve all energy related problems but could be an important strategic starting point to the discussion.

Alleviating energy poverty and attracting foreign investments alone is not enough in meeting the many challenges on the rocky road ahead to President Castro’s restructuring of the electricity system. Instead it needs courageous structural reform of the system as a whole and the backing of proponents from inside the economy to make it sustainable. Involving the Honduran private sector in these reforms can help to build the resilient and accountable energy network the country needs. And it could even offer a major gain in the fight against Honduras’ chief obstacle to sustainable development: endemic corruption.