At long last, Turkey’s president Erdogan greenlighted the country’s ratification of the Paris Agreement and made a net-zero pledge. But Turkey’s carbon neutral path is fraught with obstacles. Paul Hockenos explains. 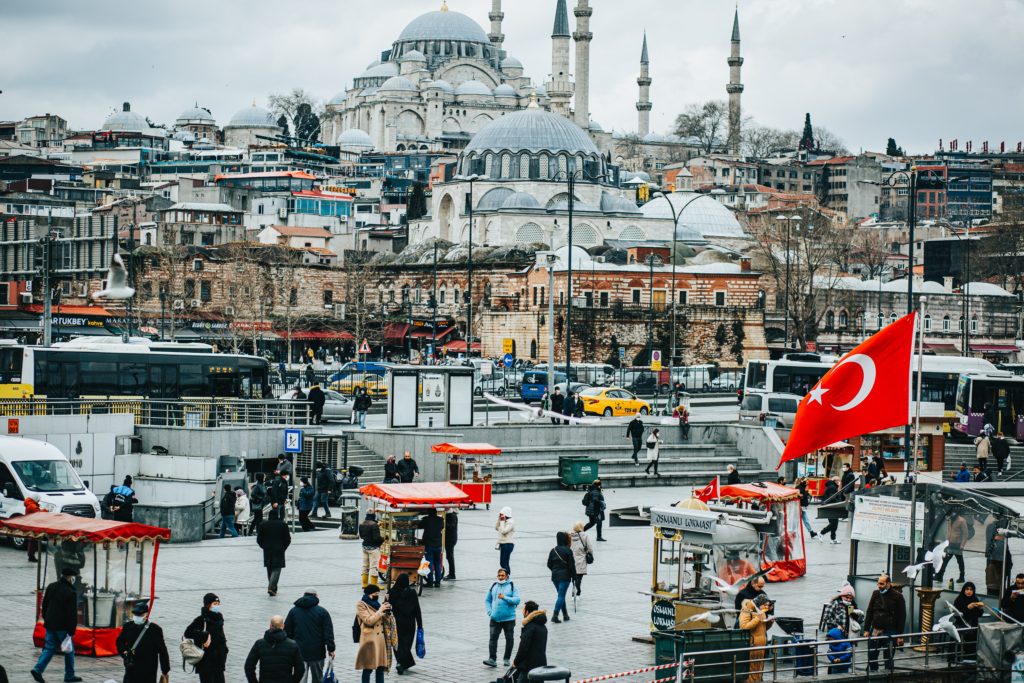 At the last minute, in the runup to the COP26 in Glasgow, Turkey agreed to ratify the Paris accord, which it did officially on Nov. 10. Until then, the country that has been particularly hard hit by drought, forest fires, and flooding was the only G20 member not to ratify the Paris agreement, which made it a member of an exclusive and ignominious club of six non-signatories worldwide, the others being war-torn nations or Gulf states.

The good news is that Turkey is now part of a process that, though halting, has issued results and went further than ever in Glasgow, where Turkey behaved cooperatively for the first time ever. It has agreed to submit updated Nationally Determined Contributions (NDCs), the means by which each country every five years shows efforts to reduce national emissions and adapt to the impacts of climate change. These updates are expected to include serious emission reduction targets for energy, waste, transportation, buildings, and agricultural sectors. Eventually, there’ll be a roadmap for achieving net zero emissions by 2053.

This everyone agrees is a giant step forward, in light of the fact that Turkey had stonewalled stubbornly until now, frustrating years of international diplomacy to turn it around. In the end, though, it was exactly this diplomacy that prevailed.

Turkey had been stewing since 1992, when UN climate convention negotiators designated it – an Organization for Economic Cooperation and Development (OECD) member – an industrial country. In UN jargon that made it an Annex I country, and under the Kyoto Protocol of 1997, only these countries initially had the responsibility to reduce emissions.

Turkey, though an economic player in-the-making in Europe, nevertheless understood itself as a country just breaking into its own. It had, for example, a quarter less CO2 emissions than the OECD average and thus felt unfairly treated. What is more, as an Annex I country, Turkey could not draw from the UN’s Green Climate Fund, which doled out billions to developing countries to aid them with climate protection.

Thus, Turkey demanded to be removed from Annex I. Although the country’s feelings of resentment could be understood in 1992, Turkey’s emissions have soared inexorably upward during the nearly three decades between the UN convention and this year.  The NGO Climate Action Tracker (CAT) rates Turkey’s climate targets and policies as “critically insufficient,” indicating that Turkey’s climate policies and commitments reflect minimal to no action and are currently “not at all consistent with the Paris Agreement.“ Under Turkey’s current targets and policies, emissions will continue to rise, states CAT.

The country is fueling its economic development with a variety of energies, though largely fossil fuels including lignite, 32GW of which is currently planned. It ranks as the world’s 16th largest emitter, ahead even of France and Italy. A variety of studies have shown that Turkey has enormous renewable energy potential, including solar, wind, tidal, and geothermal. Presumably, the new NDC will propose massive buildouts of these renewables. Absent should be hydroelectric power, which is already expansively present in Turkey, to the detriment of the country’s wildlife, groundwater, and national heritage.

There were two levers employed to get Turkey to bend: a carrot and a stick. The positive incentive was a $3.5-billion loan package for renewable energy projects supplied by Germany, France, and World Bank. It had been on the table for several years but Erdogan had failed to pick it up.

The stick was the prospect of carbon-border trading taxes at the EU border, according to a source from the Turkish negotiating team. With the EU being Turkey’s number one trade partner – 48 percent of its exports land in the EU – stiff levies would devastate its trade balance. This might be even more the case in times of economic uncertainty and the Turkish Lira currently hitting skyrocketing inflation rates beyond 21 percent.

Yet Turkey has been coy about hinting at what pledges it will make in its updated NDC. It has not said that it will cease expanding coal production, for example. It has its eye on vast gas fields that lie behind the Mediterranean and Black Seas.

Moreover, in Glasgow, though Turkey was among the 130 countries that committed to end deforestation by 2030, it declined to join the UK-India plan to link the global power grids, according to The National. Turkey also backed off the high-profile EU-US initiative to cut methane emissions 30 percent by 2030.

Turkey’s belated involvement in climate protection is all the more striking against the aforementioned backdrop of consecutive summers of drought, forest fires, and flooding. Poor harvests as a result of the extreme weather have caused the price of bread to shoot up and Turkey to import ever more food stuffs – and export less.  Experts say that by 2100, temperatures in the country could rise by 6 or even 7 degrees C. This would make large swathes of the country uninhabitable.

According to the UN Intergovernmental Panel on Climate Change, 60 percent of Turkey’s land area is prone to desertification. Continuing climate and land-use changes could wipe away its soils and turn it into “a terrain not dissimilar from Badlands National Park in South Dakota,” Karim Elgendy, a sustainability expert concentrating on the Mediterranean at Chatham House, a London-based policy institute, told Yale Environment 360 earlier this year.