The Scottish government, pushed hard by environmentalists, has finally announced that it is unlikely to pursue oil exploration or extraction in the North Sea’s Cambo fields. This, together with the Green Party’s entrance into a government with the Scottish National Party (SNP), burnishes its climate credentials. But, ultimately, it must exit oil production entirely. From Edinburgh, Scotland, Paul Hockenos has the story. 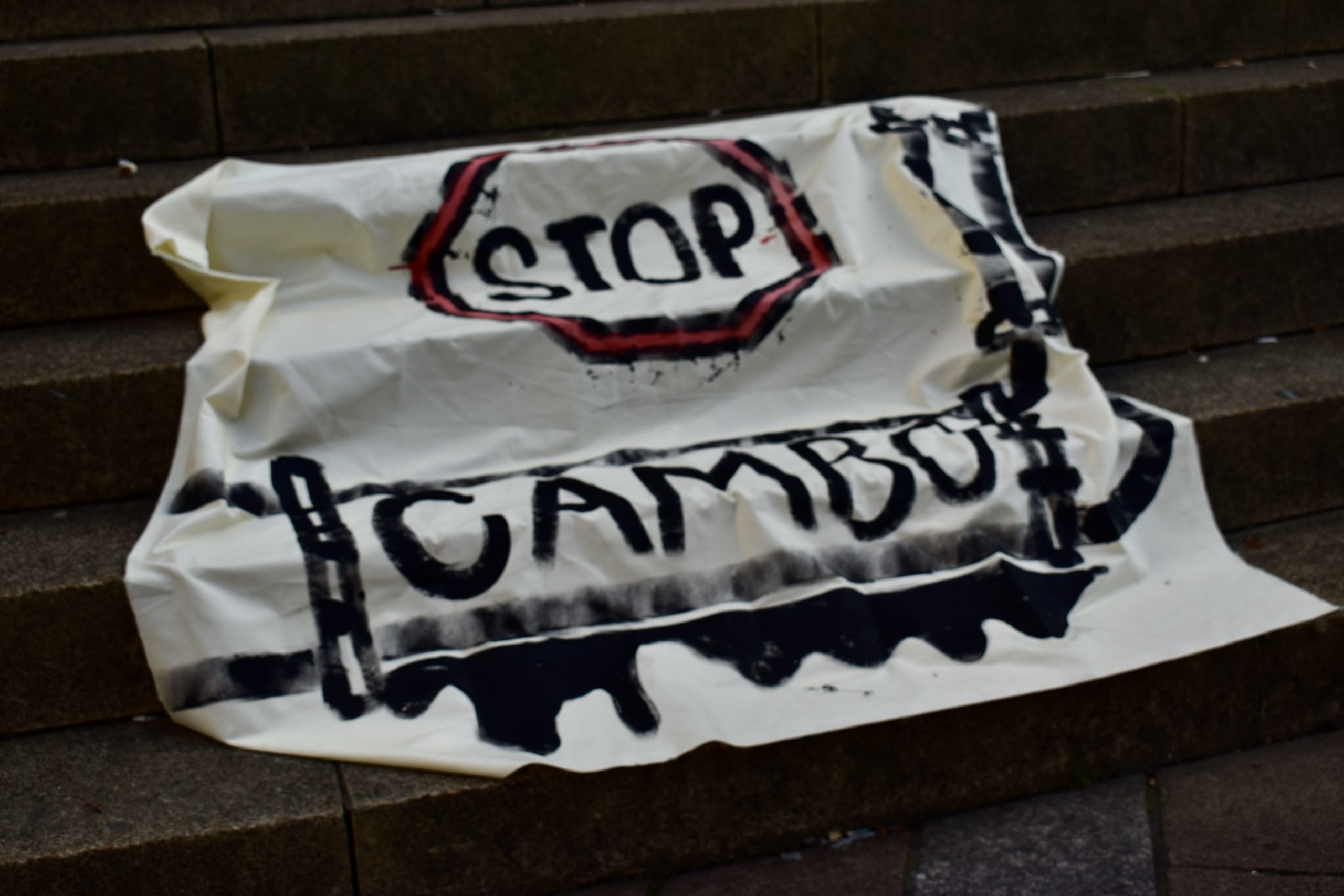 When together, the broad smiles of Scotland’s independence-minded leader Nicola Sturgeon and her two new ministers, Lorna Slater and Patrick Harvie both of the Green Party, convey the impression of a self-confident, environmentally conscious country.

Indeed, a Scotland that has environmentalism etched into its identity is all the more out of place in a conservative-ruled UK – and more justified in fleeing its confines, which both parties advocate.

And on November 3, at the 2021 United Nations Climate Change Conference, also known as COP26, in Glasgow, the host Sturgeon  sounded as if she fully grasped the climate crisis’s imperative: “The science is telling us we’re running out of time, and the planet is in serious trouble,” she said. “Against that backdrop, we have an obligation to try to raise our ambition as much as we possibly can.”

Scotland would speed up its transition away from fossil fuels, she said, but wavered in explicitly coming out against the development of hydrocarbon assets in Scottish waters. Complicating things, energy policy is not a portfolio that the devolved Scottish government holds – and thus all roads to divestment currently lead through the UK parliament.

Nevertheless, the week after the Glasgow conference participants went home, Sturgeon made it official: “I don’t think we can go on extracting oil and gas forever, and I don’t think we can continue to give the go ahead to new oil fields. I have set out a proposal for a climate assessment and I think the presumption would be that Cambo could not and should not pass any rigorous climate assessment.”

This was a bombshell.

For fifty years their North Sea oil exports have provided jobs aplenty and filled U.K. coffers with tax revenues, while, at the same time, issuing a powerful boost to the Scottish independence movement by putting to rest fears that “poor” Scotland couldn’t cover its expenses if outside of the UK. The SNP has long rallied followers speaking about “our oil.”

Indeed, 100,000 Scots depend on jobs in the fossil fuel sector, and in Glasgow Sturgeon underlined that Scotland would part with fossil fuels only in a way that created new business and jobs in clean energy and green tech.

The elephant on the table is the vast North Atlantic oil field Cambo near the Shetland Islands, in Scotland’s far north, which is pending final approval for extraction operations. The field is thought to hold over 800 million barrels of oil or its gas equivalent – a plentitude of black gold in its own right, though a small fraction of the UK’s, and Scotland’s, total output.

The emissions from Scotland’s petrochemical exports issue a gigantic carbon footprint that extends far beyond the British Isles. Although oil and gas production in Scotland has fallen off steeply from its apex in the late 1990s, in 2019 gas and oil production nevertheless broached 562 million barrels equivalent of gas and oil (77 million tonnes of oil equivalent), the burning of which in the rest of the UK and abroad caused about six times Scotland’s domestic emissions. The sales value, about €26 billion, constitutes over 10 percent of Scotland’s GDP.

People in Scotland seem to recognize that oil and gas can’t be their future – roughly two thirds say the UK should make a plan to draw down hydrocarbon extraction in the North Sea and rechannel finances to the green sector. Yet while there’s plenty of lip service to scaling back and cleaning up, no one in power, certainly not in the SNP, including Sturgeon, dares name a date of when the last barrel will be pumped. The 2021 coalition agreement offers no commitment to oppose new oil and gas exploration, a pledge that the Greens fought for but couldn’t win.

How green is Scotland?

The power-sharing arrangement that brought the Greens into the regional Scottish government, a consequence of spring 2021 elections, enriches the cache of a country that, despite its petrochemical wealth, has much to boast about when it comes to fighting climate change.

Scotland has a population of 5.4 million people and covers 97 percent of its electricity demand with renewables, mostly with wind and hydroelectric power. The gusty coasts and turbulent seas have made it a laboratory for new green technology such as floating wind turbines, and tidal and wave energy. Its climate ambitions are among the most determined in the world with a legally binding target of hitting net-zero emissions by 2045.

The cooperation agreement between SNP and the Greens, though less than a full-blown coalition, includes pledges to bolster the marine renewables and offshore wind sector and invest two billion euros or more in renewable heating and energy efficiency.

Yet, equipped as Scotland appears to be to blaze a trail to carbon neutrality, this greening is a sham unless the new government can push into motion the full phase-out of gas and oil drilling – a very tall order for the Scots.

While UK Prime Minister Boris Johnson insists on pushing ahead, Sturgeon has waffled. She has repeatedly refused to call for an end to new North Sea drilling. The most that the Scottish Greens could wrangle out of her earlier this year was a concession for a legal review of Cambo’s licensing procedure – a move that stunned the oil and gas industry.

Friends of the Earth Scotland rightly charge that exploiting the UK’s existing North Sea fields, of which Cambo is just one, would clearly contribute to undermining the Paris climate accord.

As confounding a choice as it may be for Scotland, it can’t don a green cloak and keep its petrochemicals industry, too. The Scots have to decide what kind of a Scotland they want to be. With our planet warming faster than the Paris Agreement foresees, independence and climate consciousness fit together nicely for Scotland.

Sturgeon’s abandonment of the Cambo project is a groundbreaking step in the right direction.