South Africa has just been given a purse of $8.5 billion to help accelerated its move away from coal. But as the international climate negotiations wrapped up in Glasgow, a few key developments at home suggest that the continent’s biggest polluter is not in a hurry to end its relationship with coal. Leonie Joubert takes a closer look. 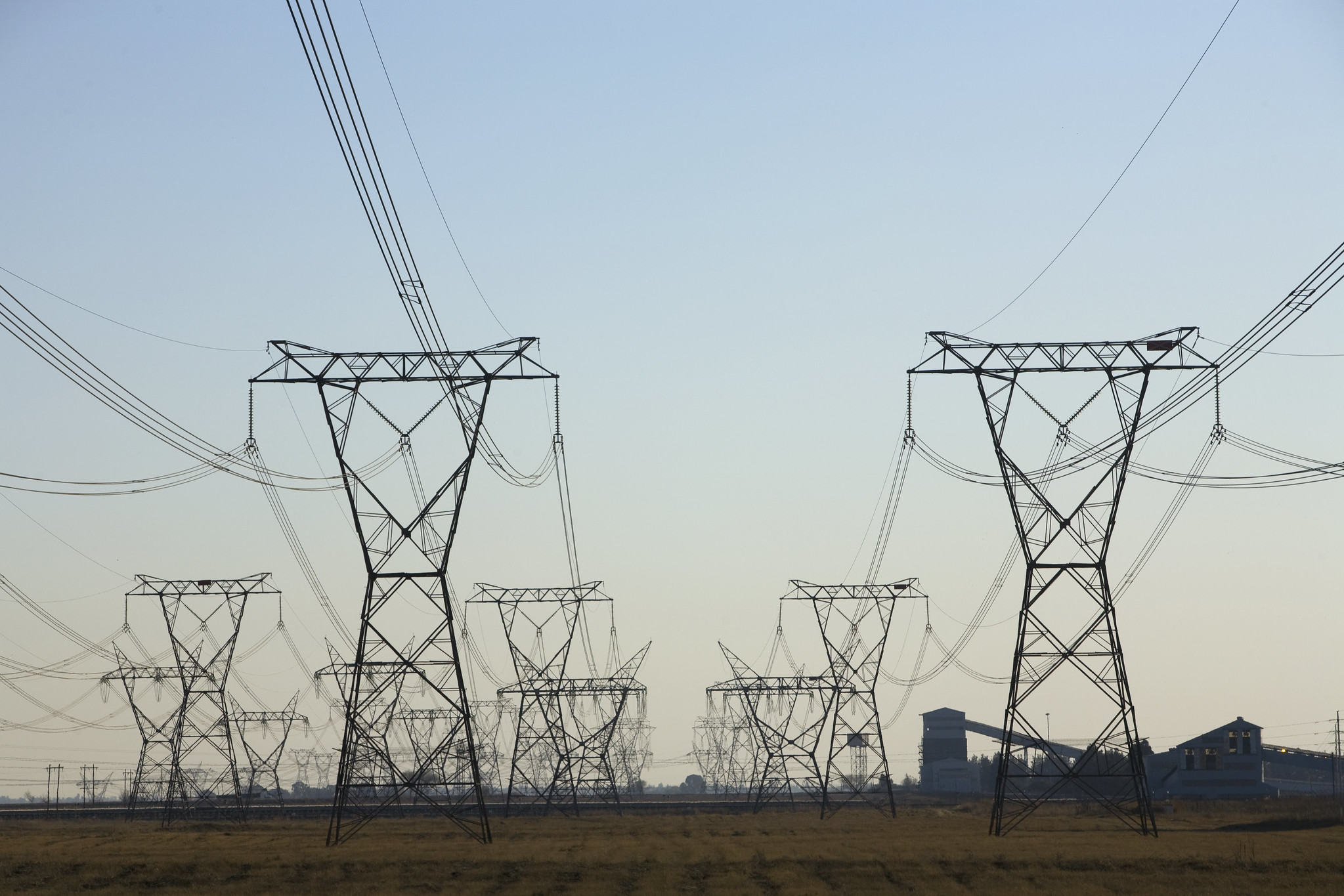 Coal was the central character in this year’s United Nations climate talks. The biggest talking point was how the watered-down final Glasgow Pact compromises on a ‘phasing down’ rather than ‘phasing out’ of this most polluting of fossil fuels. This is more than a matter of mere semantics. Critics warn that wording like this gives a green light to corporate or government interests that might want to exploit the fast-closing window of opportunity and dig up more fossil fuel reserves at a time when the science says we should be keeping them in the ground.

South Africa took its own carbon reduction plan to the talks, namely the first iteration of its nationally determined contributions (NDCs) that will help the country meet its Paris Accord commitments. But in spite of these intentions, the country is still weighed down by the reality that its coal-dependent electricity utility, Eskom, is crippled by debt, mismanagement, corruption, and aging power stations that aren’t able to meet the grid’s growing demands for power.

So it came as good news when a group of funders — the European Union, France, Germany, the United Kingdom, and the United States — announced at the Glasgow talks that it will support South Africa’s transition away from coal with an injection of $8.5 billion (R131 billion). As the Daily Maverick reported from Scotland, this ‘watershed’ deal will play out over the next three to five years, and will kick-start the country’s objective, laid out in the NDCs, which are expected to need $8-billion per year until 2030 to meet these goals.

At the same time as this news made global headlines, a new body representing the energy industry in South Africa was unveiled: the Energy Council of South Africa. But, as Engineering News pointed out, the newly-minted body only includes large fossil fuel companies and related interests, and none from the renewable energy, battery, and energy efficiency sectors.

The council includes some of the largest carbon polluting companies — including the national utility Eskom, and the coal-to-liquids giant Sasol — along with the Central Energy Fund, Anglo American Platinum, Exxaro, TotalEnergies South Africa, the South African Petroleum Industry Association, the Automotive Business Council and the Minerals Council South Africa, amongst others.

The country’s minerals and energy minister Gwede Mantashe, who has been criticized for driving a pro-coal policy agenda from within government, spoke out in support of the industry body, saying it could give greater coherence within the energy sector and reduce polarization. Mantashe reiterated his position, that a developing country like South Africa cannot move away from coal too swiftly, something which would be ‘economic suicide’.

Environment minister keeping it ‘in house’

While the climate conference was underway, South Africa also had the opportunity to show solidarity with a group of 40 countries and institutions that signed a pledge to discontinue coal financing. But the minister of forestry, fisheries and the environment, Barbara Creecy, chose not to. This agreement was not part of the formal negotiation process, and set a voluntary intuition for ‘major economies’ to end coal financing by the 2030s, and recommended that developing nations to aim for similar by the 2040s, according to the Daily Maverick.

According to Creecy, the reason was largely political, stating that South Africa’s intention was to work only within the formal negotiating process at the climate talks and not make any pledges outside of that. She also expressed the government’s concern that a ‘rush to disinvest from coal… (was) likely to result in stranded assets’, a cost to the economy that would be carried largely by workers.

Another crucial development in November was that Sasol launched its 2021 Climate Change report, and held its annual general meeting in which shareholders had an opportunity to vote on the liquid fuel giant’s proposed emissions goals which are non-binding and on an advisory basis, as stated in the report.

Civil society organization Just Share noted that the report lacked the ‘necessary detail and adequate accountability mechanisms to convince shareholders that the company has a feasible, measurable plan to achieve its 2030 emissions reduction targets’ and that there isn’t enough detail ‘in relation to its 2050 targets to allow for meaningful analysis’.

Sasol has the largest single-point greenhouse gas emitting facility in the world, its refinery about 150km east of Johannesburg, and if the company doesn’t tighten up its 2030 emissions reduction goals, the country will be unlikely to realize its NCD objectives.