On the eve of the Paris Agreement’s anniversary, the United Nations FCCC city and former German Capital of Bonn calls for international cooperation to phase-out oil, fossil gas and coal. A bold new initiative, the global Fossil Fuels Non-Proliferation treaty is modeled after the UN’s treaty against the spread of nuclear weapons. Last year Climate Breakthrough Award winner, Tzeporah Berman joined with other climate and energy activists to create this new tactic to organize local, state and regional governments to publically call for adoption.  Endorsed by tens of thousands of individuals, hundreds of NGOs and a growing list of cities, Bonn citizen, lead blogger and Global Energy Transition podcaster, Michael Buchsbaum shares this good news. 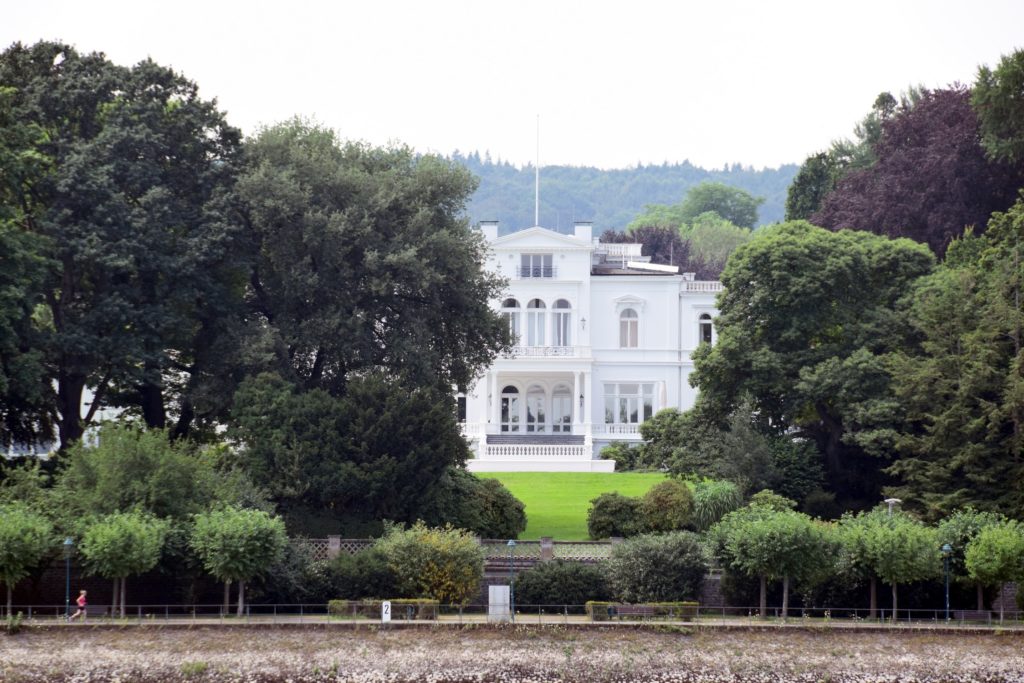 First City to endorse in Germany

Following months of deliberation and citizen engagement, in mid-December Bonn’s city council endorsed the Fossil Fuel Non-Proliferation Treaty, a global initiative that aims to address the source of 80% of the CO2 emissions that cause climate change: fossil fuels. The vote received support from a coalition of Green, Social Democrat, Left Party and Volt city councilors.

“As of today, Bonn is the first German city to join this global initiative,” the city announced on it’s website. “The goals of the global initiative coincide with the City of Bonn’s commitment to the Paris 1.5-degree target laid down in our climate emergency resolution,” said Bonn’s Mayor, Katja Dörner.

The city has the goal of becoming climate neutral by 2035. “One thing is clear: the only way to achieve climate neutrality is through renewable energies and a gradual decarbonization of our energy supply,” said Dörner. “The City of Bonn has expressed this with its mission statement resolution on climate protection and climate adaptation and has set itself the goal of successively converting its energy supply to renewable energies by 2035.”

After serving for decades as West Germany’s capital, the city of Bonn continues to host many federal ministries and dozens of embassies and national consulate offices. Much of the former parliament now houses the UNFCCC and Bonn itself was host to the UN COP climate talks in 2001 as well as the 2017 COP23 conference presided over by Fiji.

In the years since the capital moved to Berlin, the international scientific and political conversation has clearly shifted towards a consensus around fossil fuels being the biggest driver of the climate crisis. However, only this year at COP26 did fossil fuels finally get a mention in the closing text of the latest negotiations.

Nevertheless, the world’s governments – many of which have a direct relationship or own the oil, methane gas and coal companies doing business within and without their borders – are still expected to produce more than twice the amount of fossil fuels by 2030 than would be allowed to limiting warming to just 1.5°C.

Last year Bonn itself has declared a climate emergency. Since taking office, Mayor  Dörner (Green) along with the city council have been accelerating an action plan to realize the goal of Bonn achieving carbon neutrality over the next 15 years.

Bonn’s vote sends a strong message to the international community about the importance of shifting away from fossil fuels. They join dozens of cities – including Barcelona—the first EU city to endorse the treaty, Los Angeles, Sydney, Vancouver, Toronto, Cambridge and Dhulikhel in Nepal – in also demanding that this Treaty becomes a framework for international cooperation to phase out fossil fuel production and ensure that the goal of 1.5°C stays alive.

The motion to adopt the Treaty was submitted by a consortium of Bonn citizens, EU climate pact ambassador Sven Harmeling and the support of six local organizations and groups including Extinction Rebellion, Fridays For Future, Germanwatch, Moratorium-A565, Parents for Future and Psychologists, Psychotherapists for Future.

“As the capital of the international climate diplomacy and host city of the UNFCCC secretariat, it is important for Bonn’s credibility to act as a consistent champion for the 1.5° C target of the Paris Agreement and to take the necessary steps for its implementation,” said Sven Harmeling, Bonn citizen and volunteer EU Climate Pact Ambassador, who submitted the motion.

The initiative for a Fossil Fuel Non-Proliferation Treaty, inspired by the nuclear non-proliferation treaty and supported by more than 1,000 civil society organizations, gained further momentum at the COP26 climate conference in Glasgow.

The subject of an earlier blog and the Energy Transition’s first podcast, this year several nations and subnational governments have created and joined the new Beyond Oil and Gas Alliance. This comes on top of more communities around the world endorsing the Non-Proliferation Treaty.

“Cities around the world are building collective momentum for a fossil fuel free world,” said Seble Samuel, Cities Lead for the Fossil Fuel Non-Proliferation Treaty Initiative. “As the headquarters of the UN Climate Secretariat, Bonn’s move to call for an end to the fossil fuel era should reverberate across all signatories of the Paris Agreement, signaling that true climate leadership is fossil free.”

“A Fossil Fuel Non-Proliferation Treaty offers a vision and path for what true international climate leadership and cooperation could look like,” said Tasneem Essop, Executive Director of the Bonn-registered Climate Action Network International (CAN International). CAN is one of over 150 NGOs also registered in Bonn.

“Climate action starts with local communities and cities making a commitment to abandon fossil fuel and leading the way for a just and equitable transition to clean energy,” he continued. “Bonn can be a perfect example of such leadership and an inspiration to other cities to lead on efforts for a safe and healthy future,” said Essop.