After long years of neglecting the science about the negative climate impact of fossil gas (i.e. methane) the EU Commission finally came up with a Methane Strategy, with a concrete legislative proposal on the energy sector expected later this year. There is large consensus on the need to reduce methane emissions due to its high warming potential to limit global heating, but will the EU Commission propose sufficient measures and what other innovative policy options exist? Andy Gheorghiu summarizes the key highlights of an online event around a new study exploring this question. 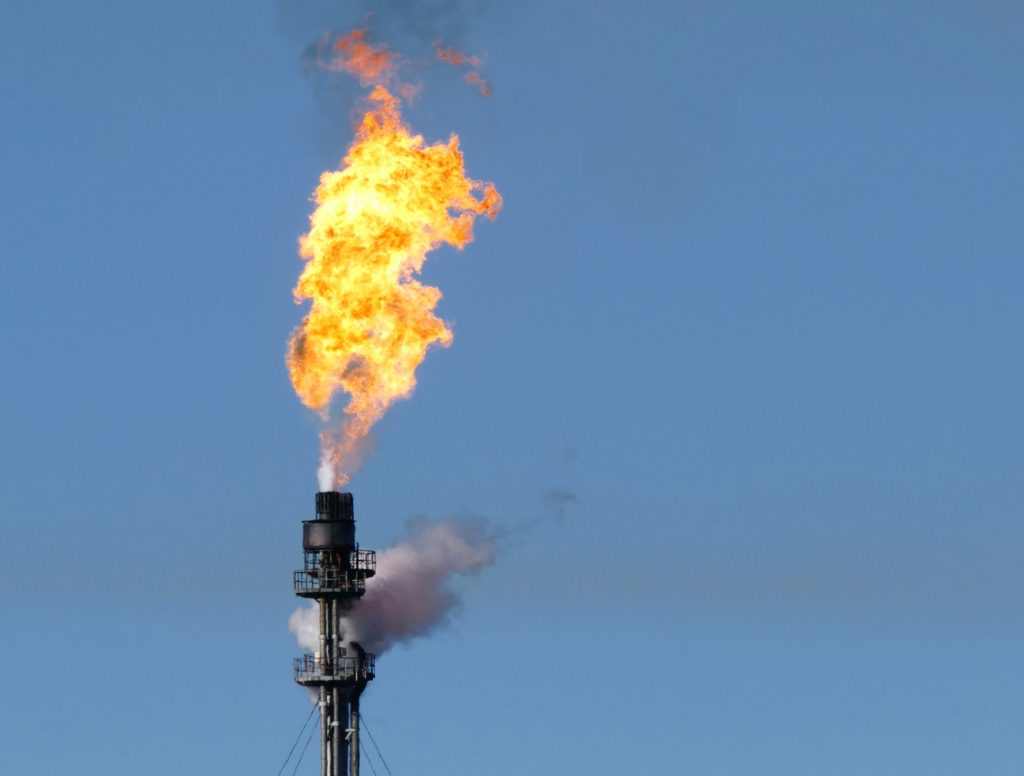 EU presented a strategy to reduce methane emissions along the supply chain. (CC0 1.0)

The Heinrich-Böll-Stiftung co-organized on October 4, 2021, an online event to discuss options to reduce methane emissions along the entire supply chain of fossil gas, with a focus on a study commissioned by the Deutsche Umwelthilfe (DUH) / Environmental Action Germany. The study was conducted by the Forum Ökologisch-Soziale Marktwirtschaft (FOES) / Green Budget Germany and analyzed the implementation of a methane pricing model for the EU gas market and beyond.

On October 21, 2021, the EU Parliament adopted with 563 votes to 122 and 11 abstentions, a resolution which calls on the Commission to propose binding measures and methane reduction targets for all sectors.

Jutta Paulus, Member of European Parliament (Greens/EFA), was a shadow rapporteur for the report. During the event, she pointed out the progress made within the process of finding an agreement for the final own-initiative report, which calls for inter alia

She stressed the need for a certification system and a consequent ban for imported fossil fuels that do not comply with such an EU methane regulation standard.

Implementing a methane pricing model for the EU gas market

Carolin Schenuit, Forum Ökologisch-Soziale Marktwirtschaft (FOES) / Green Budget Germany, presented the key outcomes and results of the study for the implementation of a methane pricing model for the EU gas market.

The reduction of methane emission from the oil and gas sector is one of the most cost-effective ways to slow down global warming (also branded as the “low hanging fruit”). Carolin Schenuit highlighted that more than 85% of the fossil gas consumed in the EU is imported from countries outside of the Union. That is why there is a need for a complementary set of instruments – in addition to those proposed by the EU Commission – covering oil and gas production within the EU but also imports of oil and gas into the EU.

FOES proposes a methane pricing model in combination with a performance standard. Since imports play such an important role for the European Union, primary focus shall lie on the implementation of a methane border levy. Key take-aways from the study are: 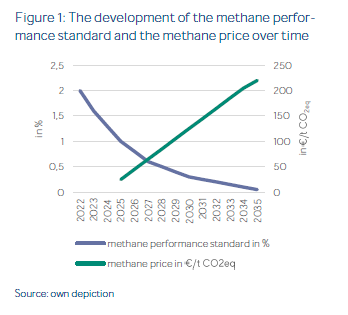 Carolin Schenuit highlighted that by “implementing both instruments, the EU could take on a global pioneering role, as one of the world’s largest gas markets, and inspire other markets to take ambitious action to reduce methane emissions”.

FOES proposes to cover only upstream methane emissions during the first implementation phase of the methane import tax and to broaden the emissions scope in a second phase when measurements are improved and more widespread. The study also makes it clear that all countries would be included to guarantee the legally most feasible – and WTO-compatible– option.

Mark Brownstein from the Environmental Defense Fund (EDF), an US based NGO, welcomed the measures and proposals put forward in Europe and stated that a transatlantic approach to reducing methane emissions would be preferable. The US is also expected to put forward new regulations on methane- including a possible introduction of a methane fee.

Mark highlighted the recent published IPCC report and pointed to the fact that we have no hope to stay below 1.5°C global warming if we don’t rapidly decarbonize our economy and simultaneously address reducing methane emissions.

Referencing to the Global Methane Pledge – announced in September by the EU and US – he said that a process to reduce worldwide methane emissions by at least 30 percent from 2020 levels by 2030 was underway.

Constantin Zerger, Head of Energy and Climate Protection at DUH who commissioned the FOES study, confirmed the necessity for implementing a robust methane regulation but also highlighted the need for additional creative measures that help to significantly reduce methane emissions within the next few years.

A methane pricing model in combination with a performance standard would lead to more direct abatement of methane while being fully compatible with the proposed legislative measures at EU level.

Constantin Zerger also made clear that the German coalition agreement must aim at fighting methane emissions within the EU and beyond. At the same time all these important and needed measures do not replace the urgent need for a fossil fuel phase-out which the EU needs to designed rather sooner than later.

The Q & A session touched upon the fact that a supranational entity is actually required to collect data and monitor methane emissions in the future – with the International Methane Emissions Observatory (IMEO – the Observatory), hosted by United Nations Environmental Programme (UNEP), possibly becoming this global body.