The UK government finally launched its long-awaited hydrogen strategy in mid-August 2021. However, their new “twin-track” hydrogen (H2) plan will only fund small volumes of green H2 produced from wind and other renewables with the bulk coming from “blue” H2 generated from fossil gas and dependent on unproven carbon capture and sequestration (CCS) technologies to reduce emissions. Released days after new studies showing that relying on blue H2 could be worse than burning coal, the plan was met with skepticism from the climate science community. In the next installment in a series on hydrogen’s hype, lead blogger and Energy Transition podcaster Michael Buchsbaum breaks down some of the details. 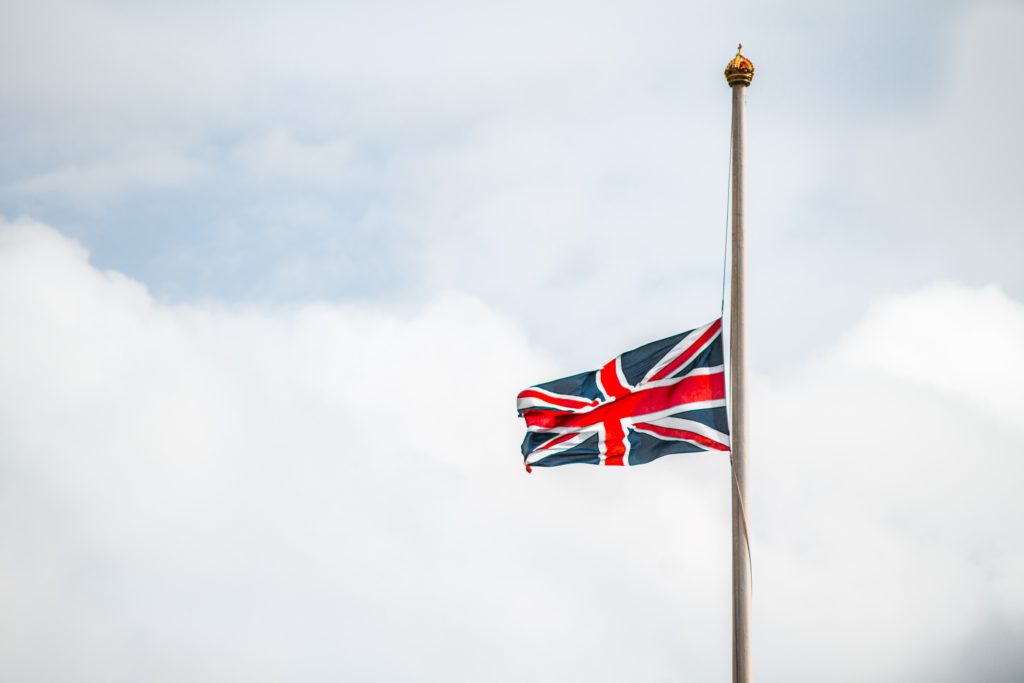 UK´ s hydrogen strategy can decidedly not live up to its expectations. (Photo by Maxim Hopman, CC BY-SA 4.0)

Prime Minister Boris Johnson’s administration envisions constructing up to 5 Gigawatts of hydrogen capacity by 2030, an act deemed “essential” to meeting the nation’s legally binding commitment to mid-century carbon neutrality. Hydrogen growth over the next decade is expected to start slowly. The government aspires to “see 1GW production capacity by 2025” as laid out in their strategy. If their plans come to fruition, H2 will expand significantly – making up between 20-35% of the nation’s total energy supply by 2050.

While there is little doubt that H2 could help decarbonize economies, it is critical to evaluate H2’s potential based upon how it is produced. Green H2, produced mainly by splitting water molecules using renewable energy, is virtually carbon-neutral.  Conversely, most H2 today starts out as fossil gas, mostly methane, which first has to be extracted from gas fields and then undergoes the highly polluting steam methane reformation (SMR) process to turn it into “grey” H2.

Given that the relatively small amount of grey H2 currently being produced in the world generates the equivalent of the combined emissions of the UK and Indonesia, if H2 production ramps as envisioned, it has to be abated through CCS to prevent it from worsening the climate emergency.

Here’s where it gets ugly: The UK’s plans call for storing much of this grey H2 emissions in “depleting” gas fields in the North Sea, rendering that H2 “blue.” But this could actually enable even more oil production since CO2, when injected into oil and gas fields, displaces more petro-carbons, a process industry calls “Improved” or “Enhanced Oil Recovery” (IOR/EOR). Roughly every ton of CO2 sent into “depleted” fields squeezes another two barrels of crude out of the ground.

Just the same, though CCS equipped with EOR is a fairly understood process for producing more oil, what’s becoming clear is that existing utility-scale CCS facilities typically fail to capture some 10-15% of their greenhouse gas emissions.

Additionally, as of today, only two facilities produce blue H2 worldwide. And precious little data exists to show how much of their emissions are truly captured.

It’s vital to consider that the O&G industry has never been keen on controlling leakage. Data shows that throughout the entire production and delivery chain, significant amounts of methane and other greenhouse gases along with a bevy of other toxins are commonly, sometimes purposely released.

According to plans reported by the Daily Telegraph, blue H2 producers could be guaranteed a price by the government so they do not sell to consumers at a loss. The newspaper adds that these subsidies would be funded “through either higher bills or with money from the public purse”, and that officials are “hoping to replicate their success in wind power, which has grown rapidly over the latest decade after the state guaranteed electricity prices to developers”.

The government is also consulting on the design of a soon-to-be-launched £240 million ($332.2 million) Net Zero Hydrogen Fund to support the commercial deployment of new H2 plants.

Reuters also notes that the government will review the support required for network and storage infrastructure. It will work with industry to examine the feasibility of mixing 20% hydrogen into the existing gas supply, an idea long supported by various gas and pipeline lobbyists as well as BP, Shell and the O&G funded UK Hydrogen Council (HFCA).

The release of the UK’s H2 plan was met with the simultaneous resignation of Christopher Jackson, the now former chair of the HFCA. “I believe passionately that I would be betraying future generations by remaining silent on that fact that blue hydrogen is at best an expensive distraction, and at worst a lock-in for continued fossil fuel use that guarantees we will fail to meet our decarbonization goals,” said Jackson in a public statement.

To date, oil companies have used false claims about the costs of blue H2 to win over the UK’s Treasury and access billions in taxpayer subsidies, Jackson wrote. Given the worsening climate emergency and the accumulating data about fossil gas, backing the government’s “unsustainable” support plan “makes no sense at all”.

His comments come after research released this month by academics at Cornell and Stanford universities warning that producing blue hydrogen could generate 20% more emissions than sticking with burning fossil gas – or more.

Knowing this, Jackson, who is also the CEO and founder of green hydrogen and fuel cell project developer Protium Green Solutions, said he could no longer chair the group.

Conversely, his former employers at the HFCA have welcomed the government’s strategy, but said it did not go far enough. They are advocating instead for a 20GW mix of green and blue H2 by 2030 – four times more than the government has planned, though at what ratio is unclear.

Going forward, the UK plans to provide more details about its actual H2 production strategy in 2022 – not coincidentally after COP26 takes place in Glasgow.

For an even deeper dive into the guts of the new scheme, readers should check out the online platform Carbon Brief which has assembled an impressive array of data. This is on top of their in-depth explainer on the various H2 questions from last year.

Going forward, we’ll spotlight some of the different H2 plans shaping up in the EU (zoom on Germany), the US and China.