Promoted as a vital tool to slow climate change, hydrogen (H2) is set to decarbonize long-distance transportation, steel and other industries while utilities plan to blend it with fossil gas for electrical generation. Yet 96% of H2 is currently produced from fossil fuels – mostly gas – resulting in massive carbon pollution. Though industry counters with promises of capturing and storing that CO2 – so called “blue” H2, there’s been no peer-reviewed data available to refute their claims it’s clean. Until now. A new life cycle assessment published in the Journal Energy Science & Engineering by influential scientists Robert Howarth and Mark Z Jacobson finds that instead of being an improvement, blue H2 is at best a “distraction” away from genuinely green solutions. Lead blogger, podcaster and advisor to the Energy Transition, L. Michael Buchsbaum reviews the study and its implications in the first of a series piercing through some of the hydrogen hype. 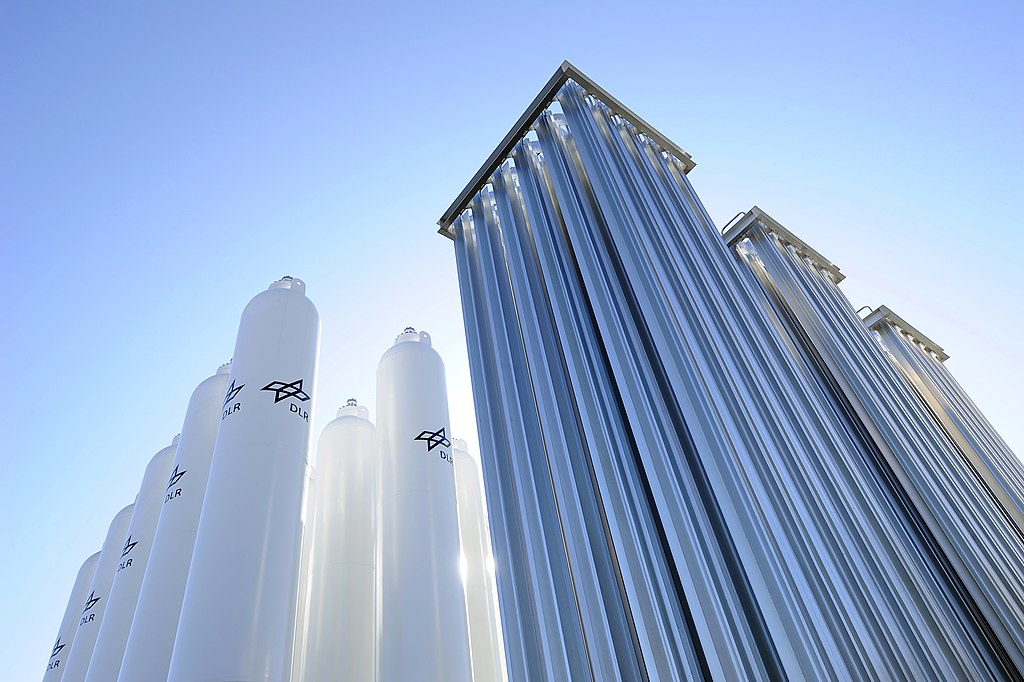 A new study sheds light on the drastic amount of emissions due to hydrogen production. (Photo by DLR, CC-BY 3.0)

But the switch to hydrogen is predicated upon the eventual widespread development of “green” H2 made from renewable energy through a process of electrolysis of water.

However, not only is almost all of today’s “clean” H2 produced from fossil fuels, almost 75% of it is generated from fossil gas using a process called steam methane reforming.

This so-called “grey hydrogen,” (as opposed to “brown hydrogen” made from coal gasification) consumes some 6% of all globally mined gas. And emissions from dirty H2 generate more carbon pollution than the UK and Indonesia combined.

Conversely green H2 production is both financially uncompetitive against grey H2 today and produced in only relatively small volumes.

Though this imbalance is changing as the cost of renewables falls and electrolyzers become more efficient, without strong intervention, green H2 supplies may be limited over the next decades.

Aware of how toxic a widespread grey H2 uptake would be, BP, Shell and others within the global oil and gas industry (O&G), the executives of whom dominate much of the sectors’ biggest promoters like the Hydrogen Europe in the EU or the Hydrogen Council in the UK, has so-far convincingly argued to policymakers and politicians that they can depend on evolving carbon capture and sequestration (CCS) technology to clean up the vast volumes of CO2 they’ll soon be generating as the world shifts to “low” or “zero-carbon” hydrogen.

Under their preferred scenario, the O&G sector envisions developing a fleet of carbon capture units to “bridge” the technology gap to the eventual green H2 build-out.

Of course, switching from “natural” fossil gas to blue H2 also ensures that O&G will be anchored into a “cleaner” energy generation future.

Readers may recall that industry previously promoted fracked shale gas as a similar “bridge” to a renewables solution. In the early 2000s, O&G framed it as a cleaner alternative to coal, since when burned it only generates half as much CO2. And to this day, industry continues telling politicians and policymakers that gas constitutes a necessary bridging technology towards some eventual renewables’ build-out.

But even then, several scientists, including Dr Robert Howarth, a biogeochemist and ecosystem scientist at Cornell University and Mark Z. Jacobson, a professor of civil and environmental engineering at Stanford and director of its Atmosphere/Energy program, began warning that this “solution” was a dangerous proposition.

Comprised almost entirely of methane – itself some 86 times more powerful than CO2 as a greenhouse gas over a 20-year period – shifting to it, they cautioned, would only help slow climate change if no more than a tiny amount of it slipped into the atmosphere.

Throughout a series of analyses over the last decade, they and other scientists have shown that due to so-called fugitive methane emissions leaking out from drilling sites and along production and consumption pipelines, the coal-to-gas switch may actually be worsening the climate crisis.

Despite the emerging data, O&G convinced regulators, politicians and the world that methane leakage was controllable and, hence, not a problem.

New calculations by the IPCC suggest that approximately 25% of the net global warming that has occurred in recent decades is estimated to be due to methane – much of it, as Howarth has previously demonstrated from fugitive emissions.

Given industry’s championship of blue H2, climate activists, scientists and green energy developers have long been skeptical of it as an actual solution.

Lacking, however, was a peer-reviewed analysis examining total emissions. And that’s the data gap Howarth and Jacobson have filled.

In their new study, the authors consider blue H2’s lifecycle emissions including those associated with the mining, transport, storage, and burning of the fossil gas needed to produce hydrogen. They also include the emissions generated by powering blue H2’s associated carbon capture (CCS) systems.

“Far from being low carbon,” they write, greenhouse gas emissions from producing blue H2 are, in fact, “quite high.”

Though CO2 emissions are somewhat lower with blue H2, fugitive methane emissions are actually higher in comparison to unabated gray H2 because of the additional use of fossil gas needed to power CCS systems. When considering total emissions, blue H2 could actually be more than 20% worse than burning gas or coal for heat, the study finds.

Additionally, not all CO2 emissions can be captured, and some will also be emitted during the blue H2 production. Between this and expected fugitive methane, any actual emissions savings are reversed.

“The small reduction in carbon dioxide emissions for blue hydrogen compared with natural gas are more than made up for by the larger emissions of fugitive methane.”

“To call it a zero-emissions fuel is totally wrong,” said Howarth. “Not even a low-emissions fuel,” blue hydrogen, they conclude has “no role in a carbon-free future.”

Lack of other blue H2 data

Following publication, industry supporters have been trying to tear apart their findings. But detractors have little data of their own since, according to Howarth, there are no previously published, peer-reviewed analyses considering total CO2 and methane emissions involved from blue H2 production.

Moreover, as of 2021, only two blue-hydrogen facilities actually use fossil gas worldwide to produce hydrogen at commercial scale: one operated by Shell in Canada, and the other operated by Air Products in Texas.

Yet Howarth insists their analysis may actually be “a best-case scenario” for blue hydrogen since it assumes that huge volumes of captured CO2 could actually be stored indefinitely for centuries to come. But not only is there “no experience at commercial scale with storing carbon dioxide from carbon capture,” most CO2 currently being captured is used for enhanced oil recovery (EOR).

“Our research … is a warning signal to governments that the only ‘clean’ hydrogen they should invest public funds in is truly net-zero, green hydrogen made from wind and solar energy,” said Howarth.