As the first of the country’s six coal regions to start planning its coal phase-out, Eastern Greater Poland is the undisputed leader in Poland’s just energy transition. For 80 years, the region’s industry has revolved around lignite, but Eastern Greater Poland has ambitions not only to change the status quo with regard to coal, but also to serve as an example for the rest of the nation. Grass-roots projects lie at the heart of their new approach to energy. Agata Skrzypczyk has the story. 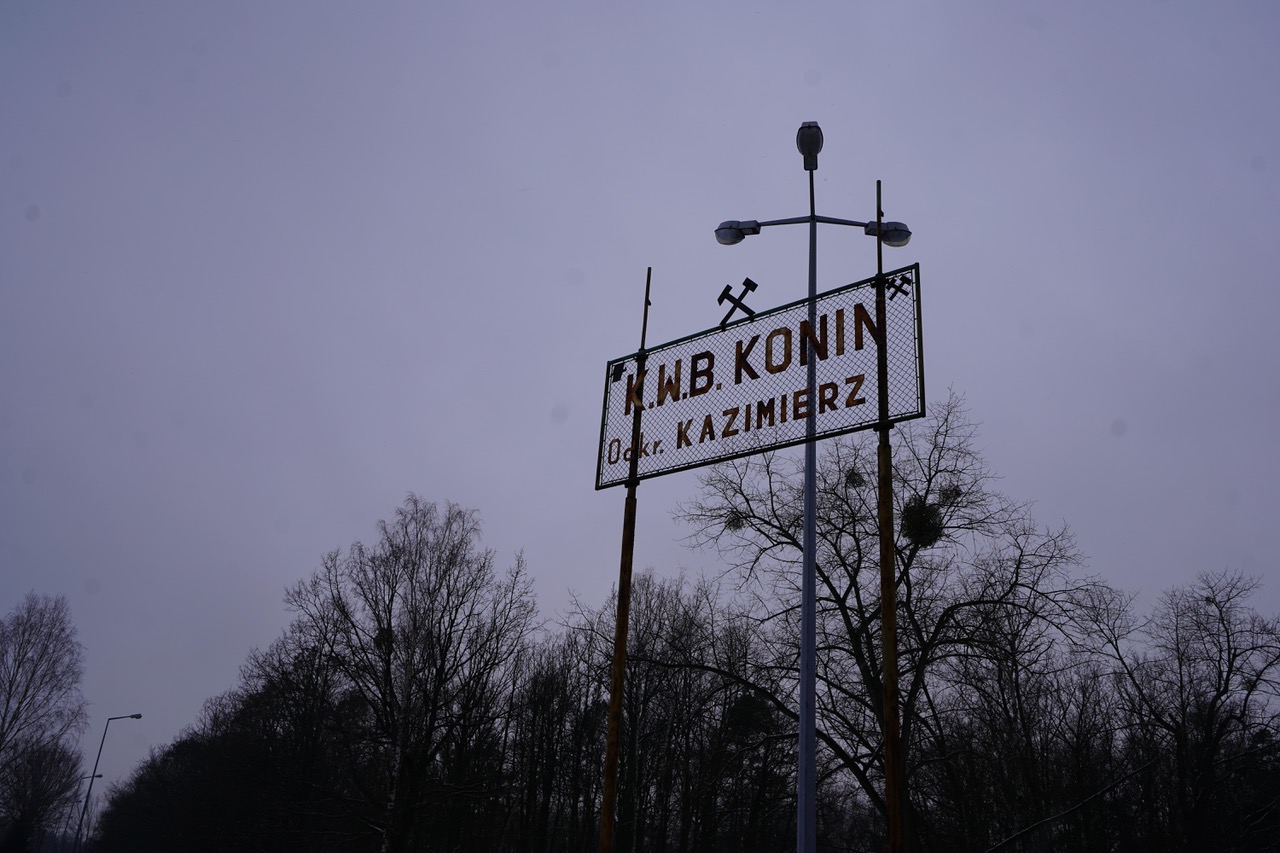 A former coal mine in Konin – a picture of the past? Eastern Greater Poland leads the country’s energy transition. (Credits: Agata Skrzypczyk)

Restart Lab is a social workshop set up in a former steelwork vocational school in Konin. It is designed as an open space for people aged 16–40 to work together as a group. “Our goal is to allow residents to acquire new competencies. Both hard skills, like programming or tailoring, and the soft skills of teamwork, project planning, idea implementation,” says the studio’s co-founder, Jarosław Koźlarek, President of the Green Future Institute Foundation [Fundacja Instytut Zielonej Przyszłości] and project coordinator for the Just Transition of Eastern Greater Poland.

“Our goal is to create a friendly, informal place that’s open to anyone,” continues Jarek. “We want to make a melting pot here, to mix business with art and culture. To start a synergy that will benefit the inhabitants.” The premises were granted for free by the city. An initial investment was made by the foundation, but now Restart Lab is building momentum. Residents bring equipment and materials for creative work. The studio collected money for three 3D printers on which they then printed face shields for doctors during the pandemic. There is also a small workshop for reconditioning used equipment and vehicles. Next door is a pottery workshop and a furniture renovation workshop, then a tailoring workshop. The sewing machines come from the private collection of Agata Koźmińska, a co-founder of Restart Lab and the Green Future Institute Foundation. The machines have already come in handy. During the fires in Australia, workshop members sewed bags for orphaned kangaroos. 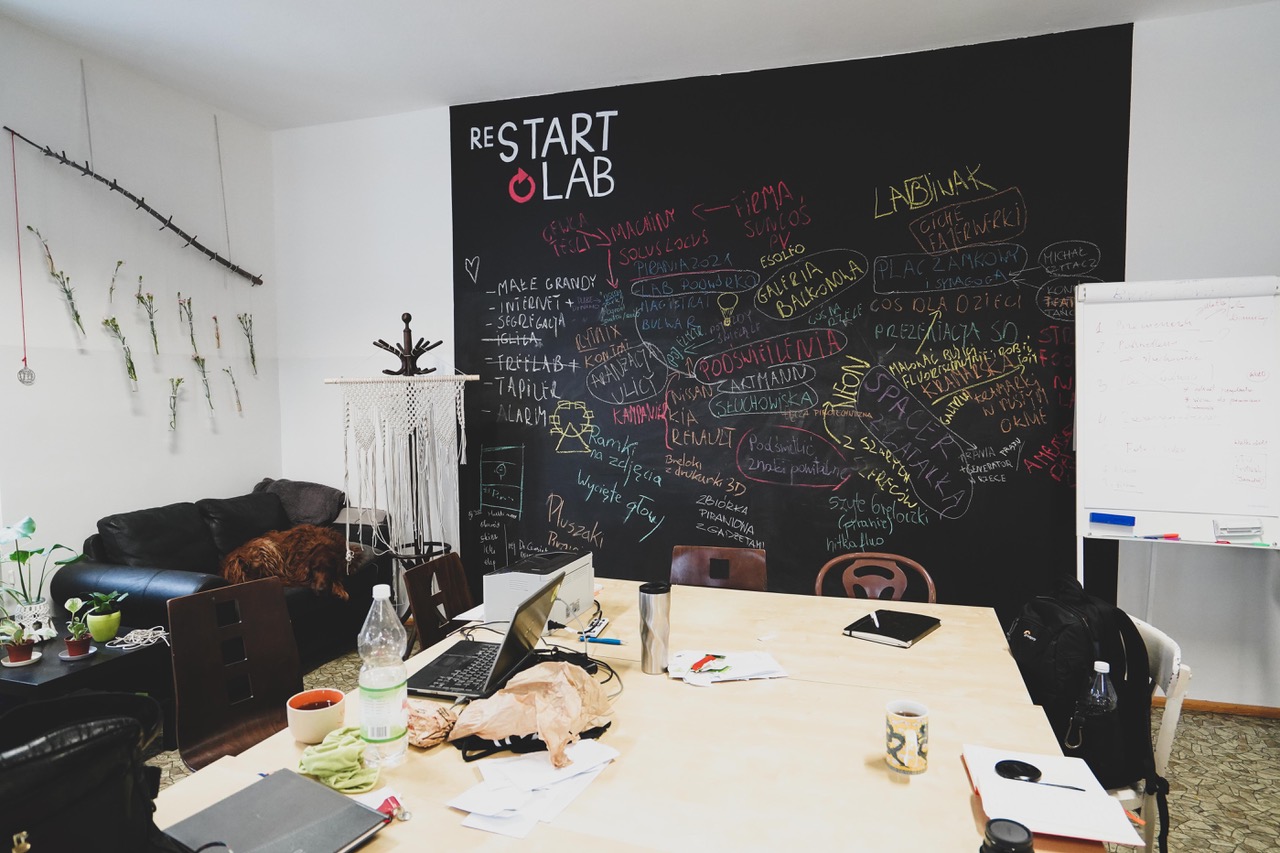 Moving away from coal and rolling out an energy transition in Eastern Greater Poland implies job losses for miners and those working alongside the coal industry. This huge percentage of people must somehow be “managed”. Initiatives such as Restart Lab support the energy transition process. “If we say ‘Stop!’ to coal, we have to create a new model of society for our region. Our activities are aimed at social revitalisation. We want to show others how a just transition can be effected,” says Jarosław Koźlarek. And how is it done? “Well … with society.”

The history of mining in the Eastern Greater Poland region dates back to the post-war period, when lignite began to be mined on an industrial scale. The growth in mining caused Konin and local municipalities to expand, attracting associated industries and thousands of workers. From being a small town, Konin grew into a town of tens of thousands, people who were mostly dependent on coal.

The history of the region is permanently recorded in its landscape. It has a Turquoise Lake which resembles the Adriatic Sea in colour, a hue which emerged due to chemical waste. The lake bed is the former “Gosławice” lignite pit, which, once extraction ended, was flooded and was used for waste from a coal-fired power plant. As a result, the water is strongly alkali, making bathing and the development of flora and fauna impossible. The hills surrounding Konin are a beautiful feature of the landscape, a haven for wild animals and dense forests, but they are a result of several decades of excavation in the area. The small villages and suburbs of Konin resemble living – if somewhat rusty – museums. Old bus stops, from which factory buses took miners to their workplaces; entire housing estates built for miners; signs and emblems showing pride in the mining tradition. These exhibits in the urban landscape make it clear that, for the region’s transition to succeed, it must involve the inhabitants.

Not only grassroots social projects but, also regional policies have followed an ambitious green trajectory. The concept of the just transition of Eastern Greater Poland was announced in late 2020. Plans to transform the region work on the assumption that coal combustion will end by 2030. In addition, the region was the first in Poland to announce that climate neutrality would be achieved by 2040. The plan was created by the Regional Development Agency in Konin based on twenty open-format meetings between central and local government representatives, local employers, experts and NGO representatives who jointly drafted recommendations for the creation of a territorial just transition plan.

The departure from coal also ushers in a new chapter for the region’s largest coal company, ZE PAK. The company’s leadership already halted acquiring new mines and has decided to gradually phase out the existing ones. In addition, ZE PAK wants to use extensive open-cast areas to invest in wind and photovoltaic farms, which are to play an important role in the region’s energy transition. As soon as 2025, the company wants to generate 70% of electricity from renewable energy sources, which should increase to 100% by 2030. Additionally, the company is investing in research and development of green hydrogen, which tipped to enable, among other things, hydrogen-powered city buses in the future.

Eastern Greater Poland has treated the energy transition as the beginning of a new era for the region, rather than a full stop to its traditional way of life. This coal region will reinvent its identity, and the combination of grassroots social projects and the rapid development of green energy sources will give Konin and the surrounding area a makeover. Much assistance is likely to come from the EU Just Transition Fund, from which around EUR 3.5 billion is currently to be allocated to Polish coal regions.[1] This money is not to be allocated to the energy transition itself, but to reducing the negative social impacts of the region’s transition, for example, by creating alternative jobs and retraining opportunities for miners. Local authorities and ZE PAK, additionally supported by projects such as Restart Lab, aim to turn such plans into reality.

Eastern Greater Poland is a good example of the determination, and regional planning, needed to underpin the energy transition process. Such pilot schemes will likely be closely watched by the rest of the country, and other places in the European Union. Meanwhile, a national coal-transition plan is essential to coordinate the regions and to ensure that finances are used to tackle the side-effects of such a major societal overhaul.