Europe is doubling down on efforts to curtail plastics production and waste. There’s much other continents can replicate – and plenty of room for improvement. 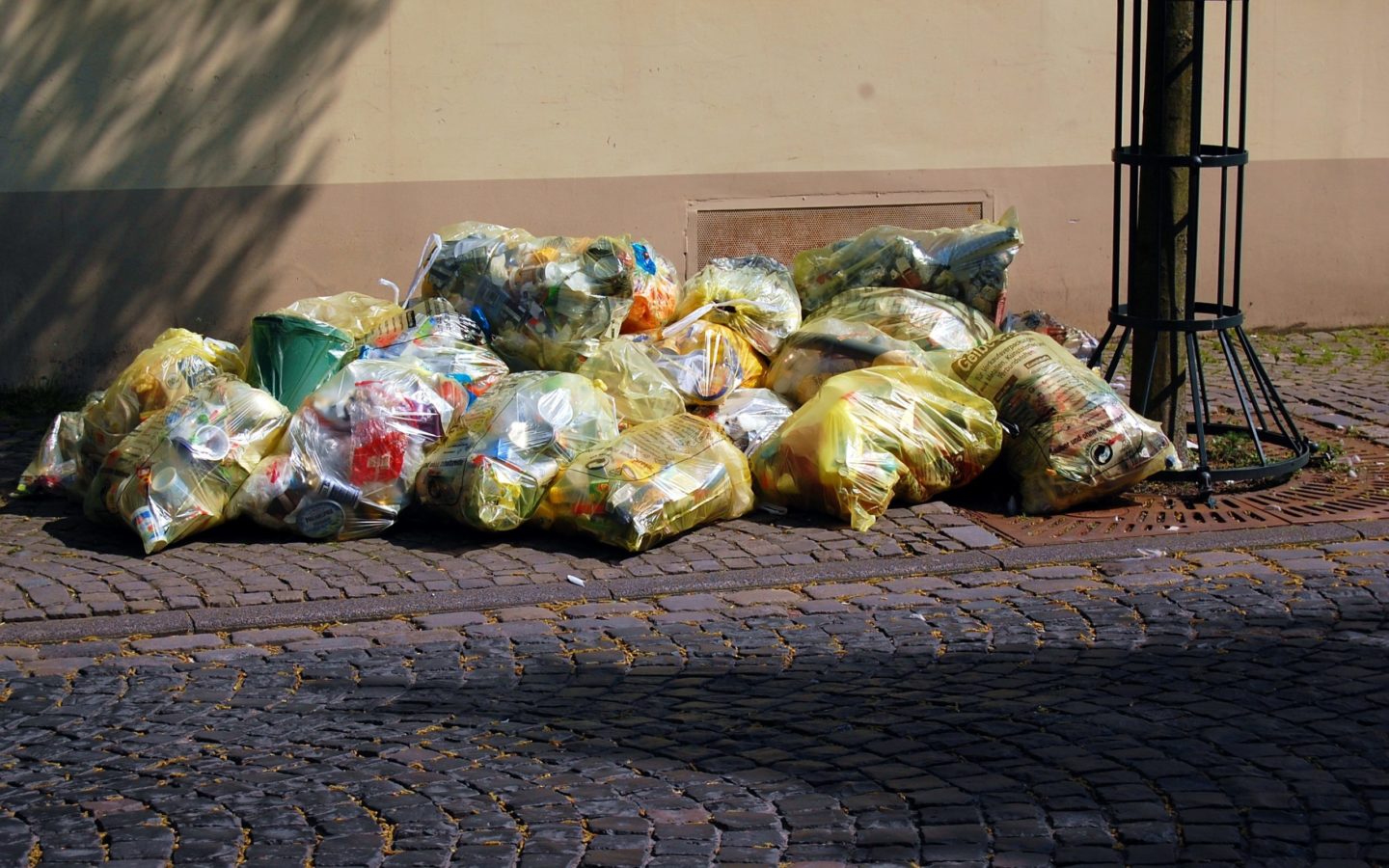 Plastic waste remains a big problem in the EU despite some progress (Photo by Thomas Max Müller / pixelio.de, CC BY-SA 4.0)

In an all-out push to clean up Europe’s beaches – one plank of the EU’s trailblazing efforts to curb the 25.8 million tons of plastic waste it generates every year – a ban came into effect on July 3 2021 halting the sale on EU markets of the ten plastic products most commonly washed up on European coasts. This includes bottle caps, cutlery, straws, and plates, as well as all food and beverage containers made of polystyrene, among a number of other throwaway objects. And more item bans are on the way.

“The ten-items ban is big, it’s not greenwashing,” Clara Löw, an analyst at Öko-Institute, a German think tank, told Yale Environment 360. Europe’s beaches and seas are likely to be blighted by significantly less plastic litter, she says. As well as improving the look of coastal resorts, this will reduce the amount of plastics’ toxic chemicals seeping into the food chain and stunting marine biodiversity. The EU estimates that the drop in oil-based plastics production could shave 3.4 million tons of CO2 equivalent off Europe’s carbon footprint, and pre-empt environmental damages that would otherwise run to €22 billion by 2030.

Critics, however, warn against over applauding the initiative, arguing that the ban covers just 1 percent of Europe’s plastic production.

“There’s larger, much larger measures afoot within the European Green Deal to reign in plastics and establish circularity as the cornerstone principle of Europe’s plastics economy,” says Löw.

Recent packaging legislation, the toughest in the world, has pushed plastic packaging recycling rates in EU Europe to 41.5 percent. The EU’s target for recycling 50 percent of plastic packaging by 2025 looks within reach. Since 2006, the quantity of plastic post-consumer packaging waste sent to recycling has increased by 92 percent, according to Plastics Europe, a pan-European association of plastics manufacturers. Moreover, since January 1 plastic producers in the EU or their countries have had to pay a plastics levy of €800 per ton of plastic waste (the revenue, unfortunately, goes to covering the finance gap left by Brexit, not expediting the new plastics economy).

The aim of the world’s first-ever circular plastics regime is to abolish throwaway plastics, and create a comprehensive recycling and reuse regime for all other plastics. At the heart of the new plastics economy is an expansive and lucrative European market for recycled plastics.

Europe’s new plastics economy has been underway for two decades – including the establishment of ever-more comprehensive recycling regimes and selective waste collection – and is currently firing on all pistons.

The big game changer unfolding at the moment is Europe’s single-use plastics legislation, which will rachet up through the decade. The EU has the ambition to make all single-use plastics – packaging the most abundant, from balloons to packaging, and thus critical – reusable or recyclable by 2030. By 2025, all recyclable waste – plastics but also metals, glass, paper, cardboard, and biodegradable waste – will no longer find resting places in landfills.

The tools to make this work include sanctions, such as the 10-item bans, extended producer responsibility (EPR) schemes, and the boosting of recycling through the creation of recycling markets.

This is “crucial to incentivize the redesign of products with circularity in mind, and to prompt the manufacturer to think out of the box to develop more sustainable business models, including of reuse systems, where possible,” argues a Zero Waste Europe paper. “Ensuring producers bear 100% of the cleanup costs will encourage the manufacturer to work with municipalities to ensure high collection of their products.”

The second slam dunk is requirements that all EU countries integrate 25 percent recycled plastic in clear plastic bottles (and 30 percent by 2030) in all beverage bottles. This mandatory minimum, already in force in Germany and Denmark, as well as Norway and Japan, changes the game by making clear plastic waste valuable: plastic producers need it and will pay for it.

The EU’s plastic strategy is being waged on many fronts. But despite all the progress and higher recycling rates, Europe plastic production stays even at 66 billion tons a year: 16 percent of worldwide plastic production. The EU’s demand weighs in at about 60 million tons a year, which stacks up as a full three times the global average of 46 kg per person per year. Only 32.5 percent of plastic waste collected in the EU is recycled, while 43 percent is incinerated for energy, and – the worst option of all—landfilling still covers a woeful 25 percent.

Moreover, environmentalists note that plastics recycling itself has limitations: the majority of plastics can be recycled into their original form only several times before the recovered material degrades in quality. Recycled plastics are thus quickly downcycled into products of lesser quality. Cutting back substantially on plastics production and use has to be prioritized, they argue.

The paradigm shifts happening in Europe will dent the gigantic volumes of plastic being produced, say experts, but still more could be done, and faster.

Groups such as Zero Waste Europe argue that the EU must better regulate to avoid greenwashing practices and regulate how recycled content is determined, guaranteeing a circular chain of custody. “The EU targets for recycled content could be a huge driver for recycling,” says Shanar Tabrizi, Chemical Recycling and Plastic to Fuel Officer at Zero Waste Europe. She warns though against introducing “loose methods for reporting the share of recycled content in plastics which remove such incentives, mislead consumers, and risk damaging the credibility of the recycling industry. What we call for is plastic transparency, fair and square.”

Moreover, the markets for recycled materials are still immature, sorting processes inadequate, plastic products too diverse, and the recovery industry itself underdeveloped. The EU needs to help the member states create markets that make the industry profitable, thus spurring on future investment in it.