Argentina has incredible solar and wind potential. So why is the government pushing fracking in the Vaca Mauerta field isntead of decarbonizing? Maximiliano Proaño takes a look. 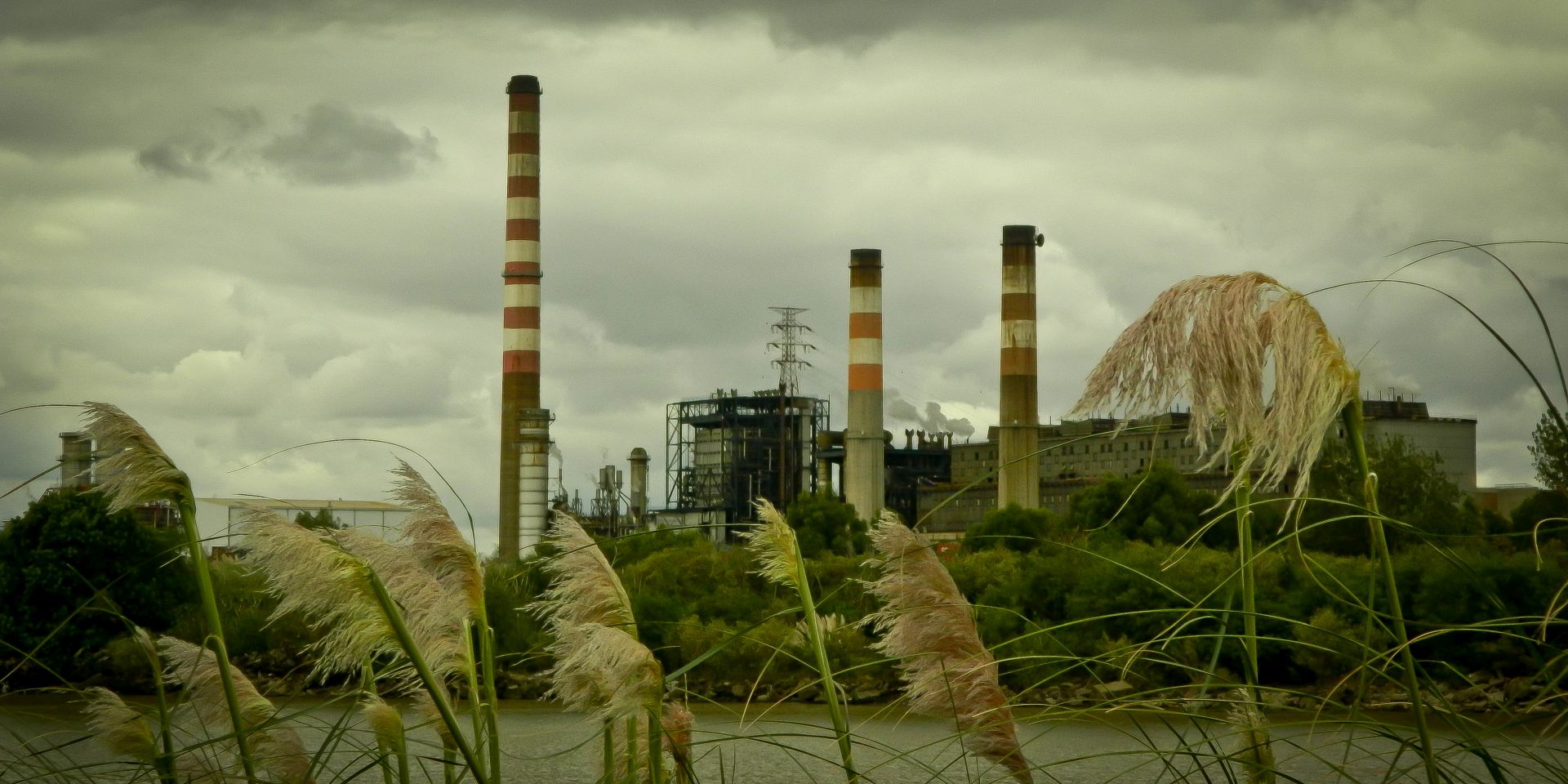 While other countries decarbonize, Argentina has stagnated: 86% of its energy mix comes from gas and oil. In 2017, non-conventional oil production grew by 30% and unconventional gas by 22.2%.

Everything indicates that the production of non-conventional hydrocarbons through fracking will continue to grow due to the current government’s interest in the Vaca Muerta field. At the same time, average electricity bills have skyrocketed: adjustments and elimination of subsidies have caused electricity bills to spike in Buenos Aires by 562% between 2015 and 2017.

The takeoff of renewable energy in Argentina has turned out to be more complex than expected. By 2017 only 2% of the electricity mix was composed of renewable energies, but some estimates indicate that 2018 is the year renewables will take off in Argentina. The recent update of the regulatory framework has made the county more interesting to energy investors. Argentina aims to generate 8% of its energy mix from renewable energy by the end of 2018. This percentage will increase to 12% in 2019, 16% in 2021, 18% in 2023 and 20% in 2025. 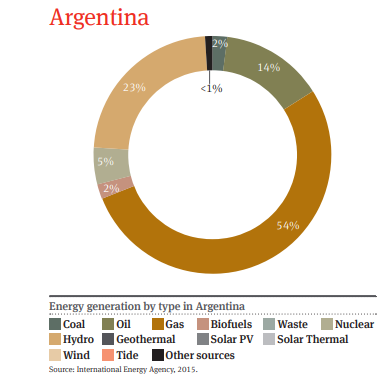 There has been a massive decrease in total installed cost of renewable energies: between 2010 and 2017, prices for solar PV projects fell by 73% and the installed costs for newly commissioned onshore wind projects fell by 22%. But rather than taking advantage of this trend, Argentina’s government has pushed to develop Vaca Muerta, the world’s second-largest shale gas and fourth-largest shale oil reserves, as a ‘solution’ to Argentina’s dependence on fossil gas in its energy mix.

It also highlights the project’s massive contributions to climate change. Lucy McKernan, Geneva Representative for the Global Initiative, says: “Argentina’s oil and gas development in Vaca Muerta is trampling on the rights of the indigenous peoples of the Neuquén province, polluting the environment, and impacting the health, water, housing, and cultural rights of these people, without effective consultation or obtaining their prior consent to the development”.

But despite the risks, the government decided to subsidize the price of gas and oil for companies until 2020, fixing it in US$7.5 per BTU million and US$72 per barrel of oil. Furthermore, the government committed the construction of infrastructure to reduce costs for companies.

While fracking goes forward in Argentina with Vaca Muerta, renewable energies in neighboring countries such as Uruguay and Chile are growing rapidly. During the last years after some successful tenders, it is possible to observe that the take-off of renewables has begun.

In 2016, Argentina also carried out a renewable energy tender called RenovAr, seeking to contract 1 GW of renewable energy. The tender was technology-specific, with capacity allowing for 600 MW of wind and 300 MW solar PV (although individual projects were limited to 100MW each). In addition, the tenders allowed for 65 MW biomass, 15 MW biogas and 20MW small hydropower. RenovAr resulted in 1,109 MW of awarded power purchasing agreements, far above the original goal.

Argentina has the potential to recover its energy autonomy through renewable energies, such as solar, biogas and wind, and to stop relying on fossil fuels. The northwest region of Argentina is one of the top four locations in the world with the greatest potential for thermal solar energy generation.

Moreover, solar measurements throughout the country show that 11 provinces in Argentina have high potential for the installation of photovoltaic panels. Around half of the country, specially the southern región (Patagonia) but also some central regions (Buenos Aires and Santa Fe), offers a potential capacity factor of 40% or more.

With Argentina’s enormous potential for renewables, it makes no sense for the government to subsidize a project like Vaca Muerta. It is is socially, environmentally and economically unviable to choose fossil fuels over renewable energies and citizen and cooperative energy projects.