Korea’s citizens have been organizing their own energy cooperatives, and the new feed-in tariffs could encourage even more investment. Yi hyun Kang talks to stakeholders about their role in the energy transition. 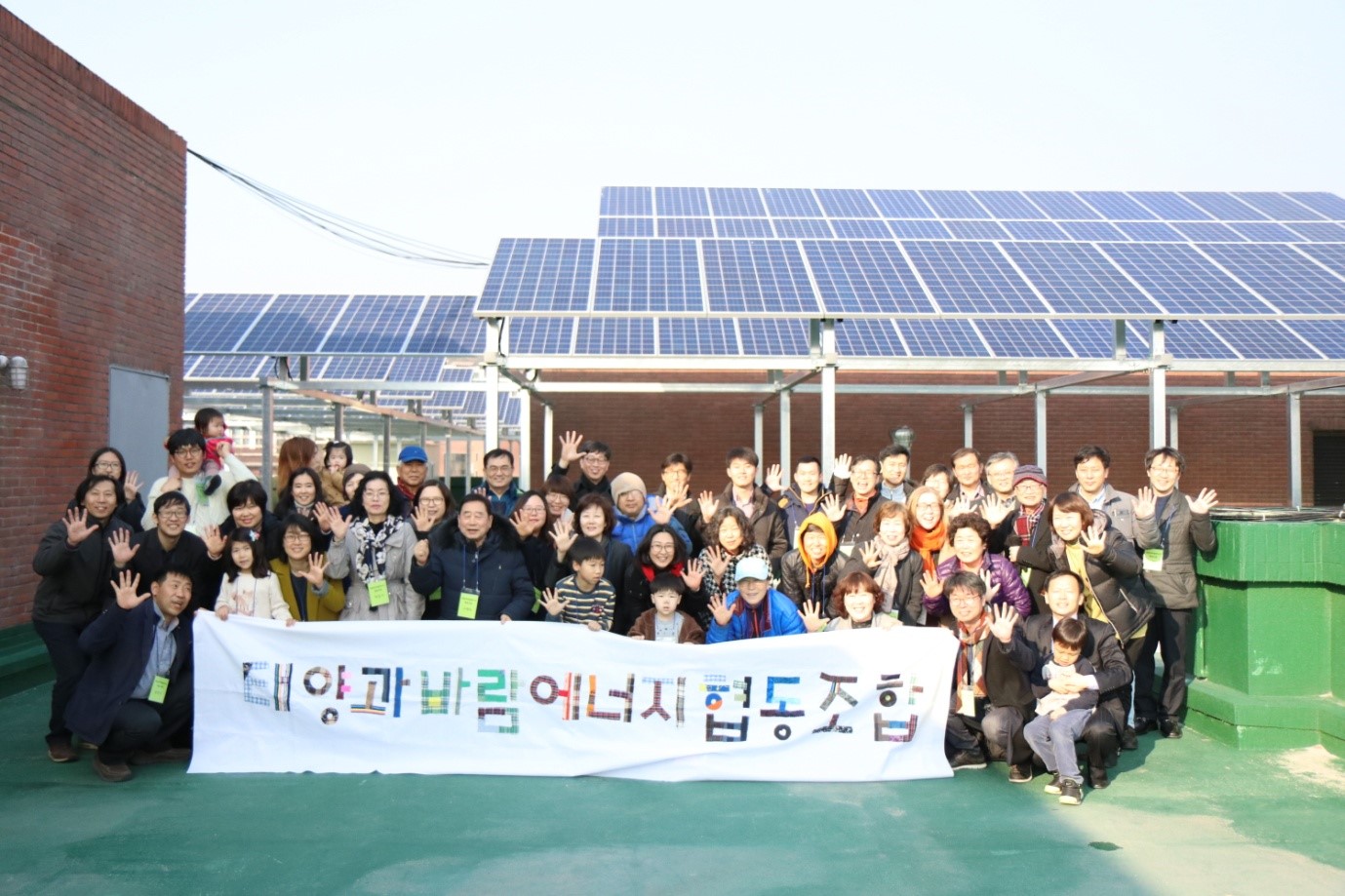 Last July, there was good news for citizen energy cooperatives in South Korea. The government introduced Feed-in-Tariffs (FIT) for plants of less than 100kW built by cooperatives, farmers or fishermen to encourage small scale solar PV plants. Although the FIT is limited to small scale power generation, this can boost more initiatives by citizens.

However, a grassroots movement for the energy transition had already begun. The very first energy cooperative was established in Seoul in January 2013. Now there are more than 100 energy coops officially registered across the country. Local NGOs and environmental groups have been particularly active in organizing energy cooperatives, but more diverse actors are emerging. For example, there are energy coops by churches, Buddhist temples and other religious groups.

Two main factors are said to contribute to the emerging of Korean energy cooperatives: shock from the Fukushima disaster, and the Cooperative Act enacted in 2012 which made the establishment of cooperatives much easier than before.

Won-gook Kim is the general manager of the ‘Solar and Wind Energy Cooperative’, which is one of the pioneers among Korean energy cooperatives.

“The Fukushima disaster influenced a lot. One year after the accident occurred, local groups including consumer coops, environmental NGOs and progressive parties organized a group called ‘Citizens’ Solidarity for Making Nuclear-free World’. I joined the group as the representative of the local Green Party members. After a while, one person suggested building a citizen’s solar PV plant. That’s how we began the project.”

Established in the Eunpyeong district of Seoul in 2013, they now have 330 members, running five solar PV power stations built in leased public space in the local area. The overall capacity is 332.33 kW. They are planning to build six or seven plants until next year, adding 600-700kW.

Besides energy generation, they are running five ‘Energy Supermarkets’ in local shops such as a bookstore or consumer cooperatives. In these ‘supermarkets’, they provide information on the energy transition and energy efficiency, as well as selling energy-saving products. The long term plan is to open their own ‘supermarket’ where they can run various programs. This is the way they try to meet local citizens directly and talk about renewable energy.

The Korean government policies were not always favorable for energy coops. The first FIT policy was adopted in 2001 but was repealed after ten years. Instead, Renewable portfolio standard (RPS) was adopted. The main reason of the change was concerns over electricity price increases. The lack of acknowledgment about citizen energy made their activities difficult. However, Kim says that their democratic decision making structure in a cooperative is very helpful to overcome difficulties.

“We had a hard time in 2015. Without FIT, we had to sell generated electricity through either Renewable Energy Certificates (RECs) or System Marginal Price (SMP) scheme. But the price fell down dramatically around that time and deficit was expected if we have built more plants. However, we discussed thoroughly about the issue with our members and decided to build plants, because our business is not for profit, rather for energy transition.”

Besides citizen energy cooperatives, some local governments actively promote renewable energy and energy efficiency. For example, Seoul has promoted ‘energy self-reliance towns’ as part of its campaign to reduce nuclear power in Korea.

The aim of this policy is to encourage citizens in finding solutions collectively for energy saving, energy efficiency and energy transition. Now there are more than 75 energy self-reliant towns. However, government-led projects still have a relatively low rate of active participation. 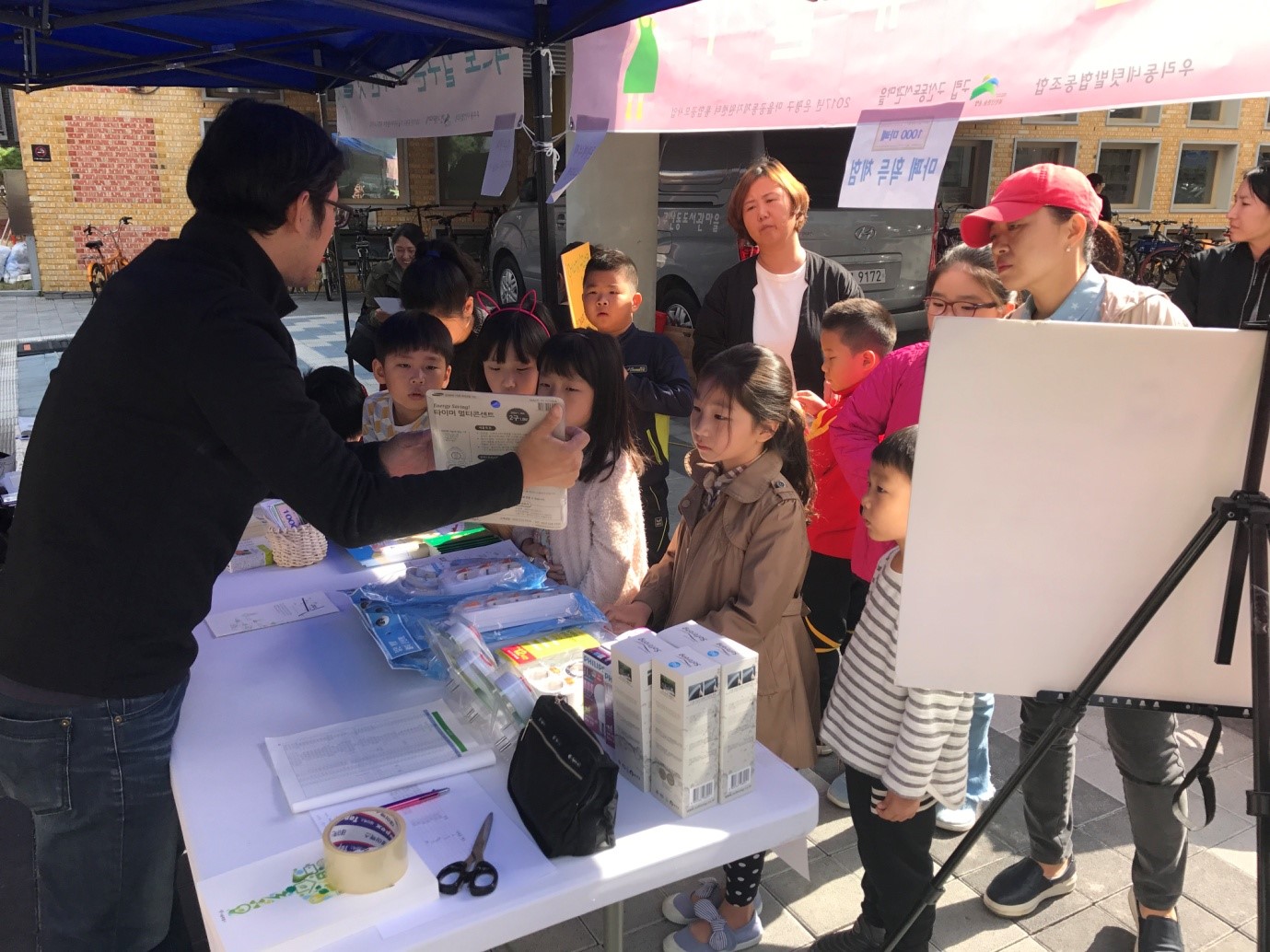 Young-ran Kim is the chairman of the Gangnam Solar Power Cooperative in Seoul and the executive director of the National Association of Solar Power Cooperatives. She says that “compared to big projects by major companies, small scale community energy projects are not actively supported by the national and local governments. The policy should promote citizens’ participation with a more detailed plan.”

Won-gook Kim points out that energy cooperatives themselves need to make an effort to encourage citizens’ participation.

South Korea has a long tradition of cooperative organizations within communities even before the cooperative concept was introduced in the 20th century. The knowledge and experience of community engagement still exist in the society. If the new FIT can be combined well with such tradition, the Korean energy transition can boost the energy democracy.