In 2015, at an Association of South East Asian Nations (ASEAN) meeting, the governments of Southeast Asia announced a series of targets to increase the region’s share of renewables. Nicholas Newman takes a look at the progress made and remaining roadblocks. 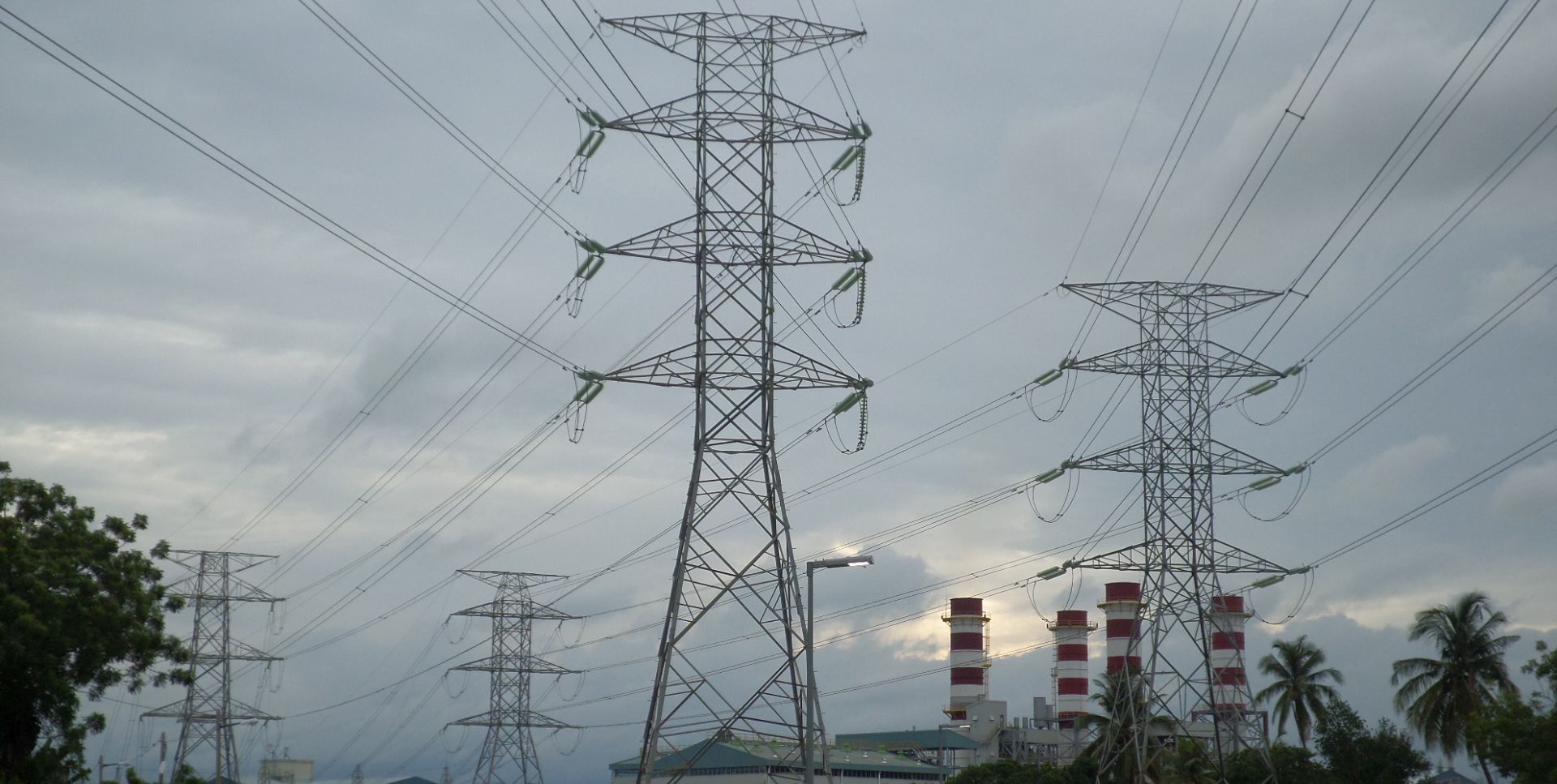 Energy in Malaysia may be disrupted by renewables (Photo by Chongkian, edited, CC BY-SA 4.0)

Member states set a renewables target of 23 percent of the region’s fuel mix by 2025. They also agreed to cut greenhouse gas emissions by 20 percent over the next decade. In fact, most of the ASEAN member states have already set their own target for renewable energy. These include Malaysia with a target of 4 GW by 2030; Singapore with 350 MW of Solar PV by 2020; Indonesia with 23 percent of the total energy mix in 2025; and the Philippines with 15 GW in 2030.

This is a big challenge, given ongoing regional growth rates of around 4.9 percent since 2014. This means that the region’s ongoing energy demand is forecast to jump by over 80 percent between 2013 and 2035, a rise equivalent to Japan’s current energy use.

How much renewable potential is there?

This region has a huge potential for renewables, but it is largely unexploited, reports the IEA. In fact, Indonesia and the Philippines have great geothermal potential, with current estimates for Indonesia put at 28,807 MW, or around 40 percent of the total geothermal resources worldwide. As for hydropower, Vietnam, Cambodia, Laos and Myanmar have huge potential, some 30,000 MW in Lower Mekong Basin alone.

Situated in the tropics, all countries in the region enjoy good solar potential with average daily solar radiation of 4500 kWh m2 and abundant sunshine for about 12 hours day.

In the case of wind, the countries enjoy commercially useful wind potential include Thailand, Philippines, Vietnam and Indonesia. Yet the Philippines holds the largest potential (76,000 MW) for wind energy among the Southeast Asia countries. But, at present, hydro schemes of various sizes largely dominate the renewables.

However, there are several challenges to overcome if renewables are to take a greater share of the region’s fuel mix. One of these is that in the ASEAN region, the non-electrification rate now stands at 120 million people, out of a total population of 639 million.

Another significant factor lies is the power of the already established fossil fuel producers and exporters. For instance, both Malaysia and Indonesia are among the world’s top ten exporters of natural gas (LNG). Also, political resistance against the removal of subsidies for fossil fuels, and the lobbying efforts of traditional energy suppliers to maintain the ‘status quo’ have hampered adoption of sustainable energy solutions.

In addition, as with all energy projects worldwide, it is essential to ensure that the projects are sufficiently bankable to guarantee adequate finance can be raised. For governments, this means ensuring that Feed in Tariff rates paid to operators is profitable for investors and affordable for customers both large and small.

Lastly, there have been complaints by investors in some countries of poor policy making and regulatory uncertainty.

There are other reasons, both political and economic and including the Paris Accords, why adopting clean energy technologies are vital in terms of national and economic security. For some nations, such as Indonesia, Malaysia and Thailand, declines in domestic gas production mean that these countries have to find new sources of energy, either at home or abroad. Investing in renewables is therefore increasingly an attractive solution for both policy makers and investors.

With much of the region’s populations living in low-lying coastal regions, vulnerability to flooding and typhoons has been worsened by speeding up climate change. Many citizens of the major cities are protesting about increasing levels of smog in cities.
As a result, governments are turning their attention to solving this problem by cleaning up power generation.

The region has significant potential for wind power in Thailand, the Philippines, Vietnam, and Indonesia. So locating a wind farm is not a problem. For instance, Vietnam’s long coastline and good seasonal monsoon winds makes much of the country’s coast suitable for wind farm investment. A survey by the World Bank found about 8.6 percent of Vietnam’s territory suitable for wind farm construction, as compared to neighboring states. For instance, in next-door Laos, only 2.9 percent, and just 0.2 percent in Cambodia and Thailand reports the World Bank. One of the best spots for wind is off the southern most point of the country. Here, the average wind speed at sea of 10-11 kilometers per hour, reports the Ministry of Natural Resources and Environment (MONRE). At a height of 80 meters above sea level, turbines could generate 400-800 Watts per square meter per year.

However, having the right amount of wind does not mean investors will come. According to the United Nations Development Programme (UNDP), the Feed in Tariffproposed by Vietnam to pay for the electricity generated is not sufficient for investors to recover their investments. This tariff is also much lower than offered to investors in Indonesia ($0.11), Malaysia ($0.14), and Thailand ($0.19).

Already, given the more favorable Feed in Tariff available in Indonesia, one wind farm is being developed — Sidrap I. This is a 75 MW project located in Sidrap, South Sulawesi, that is targeted to generate power by early 2018. In addition, there are now plans to build 16 such plants throughout the country, each with a generating capacity of about 70 MW.

Malaysia is the world’s third largest producer of PV cells and modules. It has an industrial base in solar technology production of some 250 companies involved in all aspects of the technology. Companies are involved in upstream activities such as poly silicon, wafer, cell and module production and downstream activities such as inverters, and system integrators. Already, solar cells are available for individual commercial and residential customers in Malaysia. So it is not surprising Malaysia’s government’s targets, under the Economic Transformation Programme, are an ambitious 1,250 MW by 2020. In May, the Energy Commission auctioned off 360 MW in Peninsular Malaysia and 100 MW in Sabah and Labuan in the East.

Throughout the region, countries are developing hydro power projects of all sizes. In fact, some of the largest are being built along the Mekong River, which flows from China to the Mekong Delta in Vietnam. It has been calculated that hydroelectric power potential in the Greater Mekong basin is between 175 GW and 250 GW. It is expected that by 2030 some 71 Mekong hydroelectric dams could be completed.

Further south in Indonesian Borneo, the country plans to build new hydroelectric generating capacity by 2021. One such scheme being developed is the 1,040 MW Upper Cisokan pumped storage power facility projected to be in service by the end of 2018.

Across the ASEAN region, its member states are working together to link up national power networks with cross border power interconnectors. Such integration of the ASEAN member states grid networks improves the economic viability of renewables at the expense of fossil fuels.

For instance, due to completion in 2016 of the 275 kV inter-connector linking the island of Borneo regions of Sarawak in Malaysia with West Kalimantan in Indonesia. As a result, communities in Indonesia have been importing power from Malaysia’s 944 MW Murum dam.
It is clear there is much to be done in South East Asia, if the region is to be fully reliant on green energy. However, it is likely that the speed of adoption of carbon free energy will be slowed due to the availability in some countries of fossil fuel resources and the cost of such investment. It is fortunate that the cost of wind and solar, plus energy storage is making renewables a viable investment option for both businesses and governments to take.

This article was originally published at Eniday.