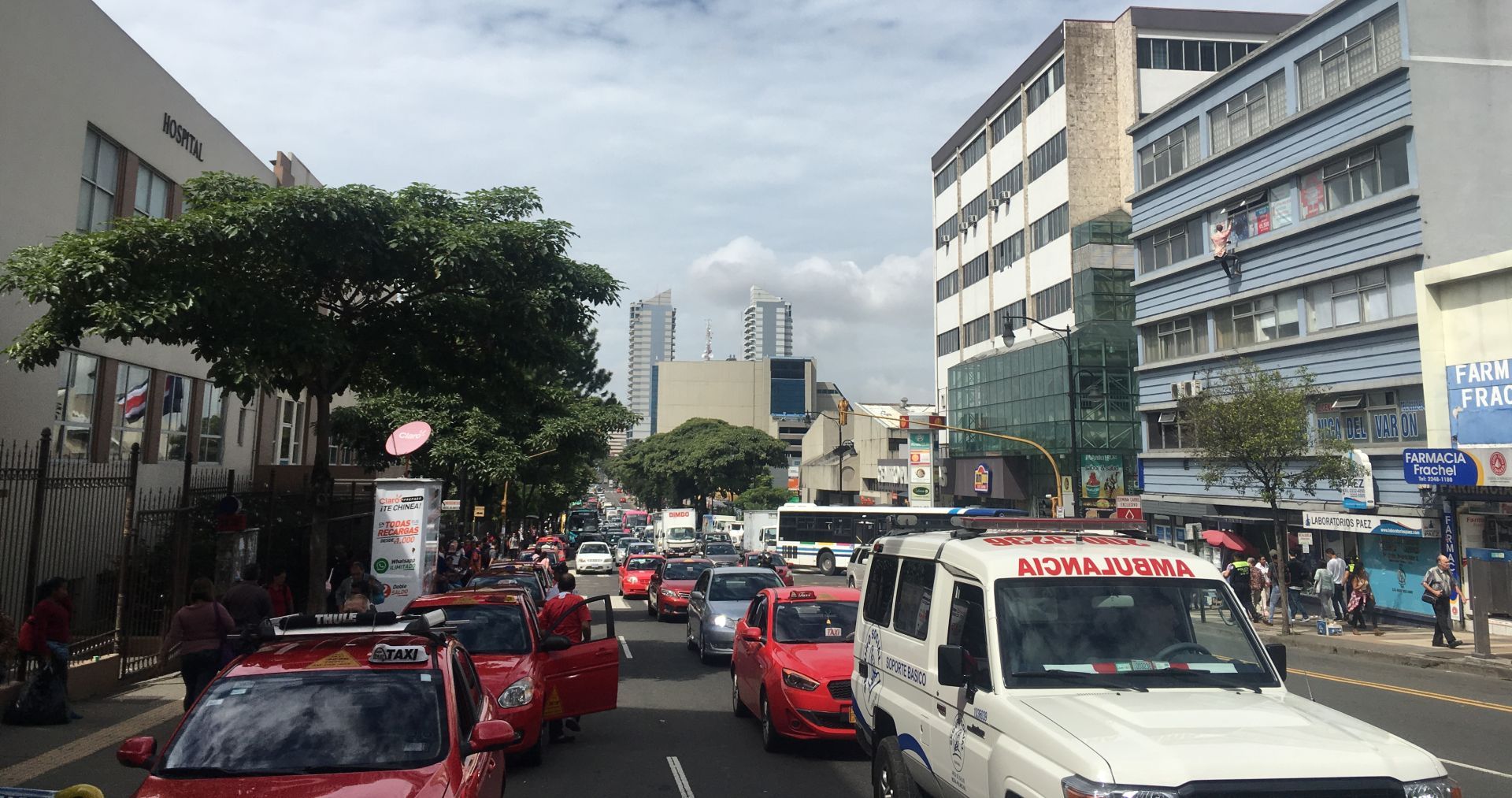 But there’s one area where Costa Rica is still struggling to meet its Paris Agreement commitment to cut emissions, experts say: the transport system.

“We’ve kept a very clean electrical grid running. Where Costa Rica is still underperforming – and it’s typical of most developing countries – is in transport. That’s where our Achilles heel is,” said Christiana Figueres, a Costa Rican and the former head of the U.N. climate secretariat.

According to the country’s National Meteorological Institute, 64 percent of Costa Rica’s climate-changing emissions come from energy use, and more than two thirds of those come from transport.

Marcela Guerrero, a Costa Rican national legislator, said the country’s outdated and inefficient public transport system has led people to instead rely heavily on cars and other personal vehicles.

“If Costa Rica does not prioritize an increase in the use of public transport, I think we’ll be very far from achieving our Paris Agreement commitments,” Guerrero said in an interview with the Thomson Reuters Foundation.

But cleaner individual vehicles also will be important, she said. To reduce car and truck emissions, Guerrero in 2015 proposed providing financial incentives for adopting electric vehicles.

Those could include exemption from a range of fees – including parking meter costs and driving permits – to lower import taxes and vehicle transfer fees.

Such incentives would need to last just five years – long enough to give a new industry a boost, she predicted.

“Costa Rica has unmatched conditions (for adoption of electric transport) in comparison with the rest of Latin America” because its electrical grid relies on renewable energy, she said – meaning electric vehicles would have near zero emissions, “an important piece of the puzzle” for the country to hit its climate goals.

Meanwhile, vehicle ownership is soaring in Costa Rica. According to data from the country’s National Registry, there are twice as may cars registered each year as babies born.

Most are individual vehicles – no surprise, Guerrero said, when public transport remains “deficient”. 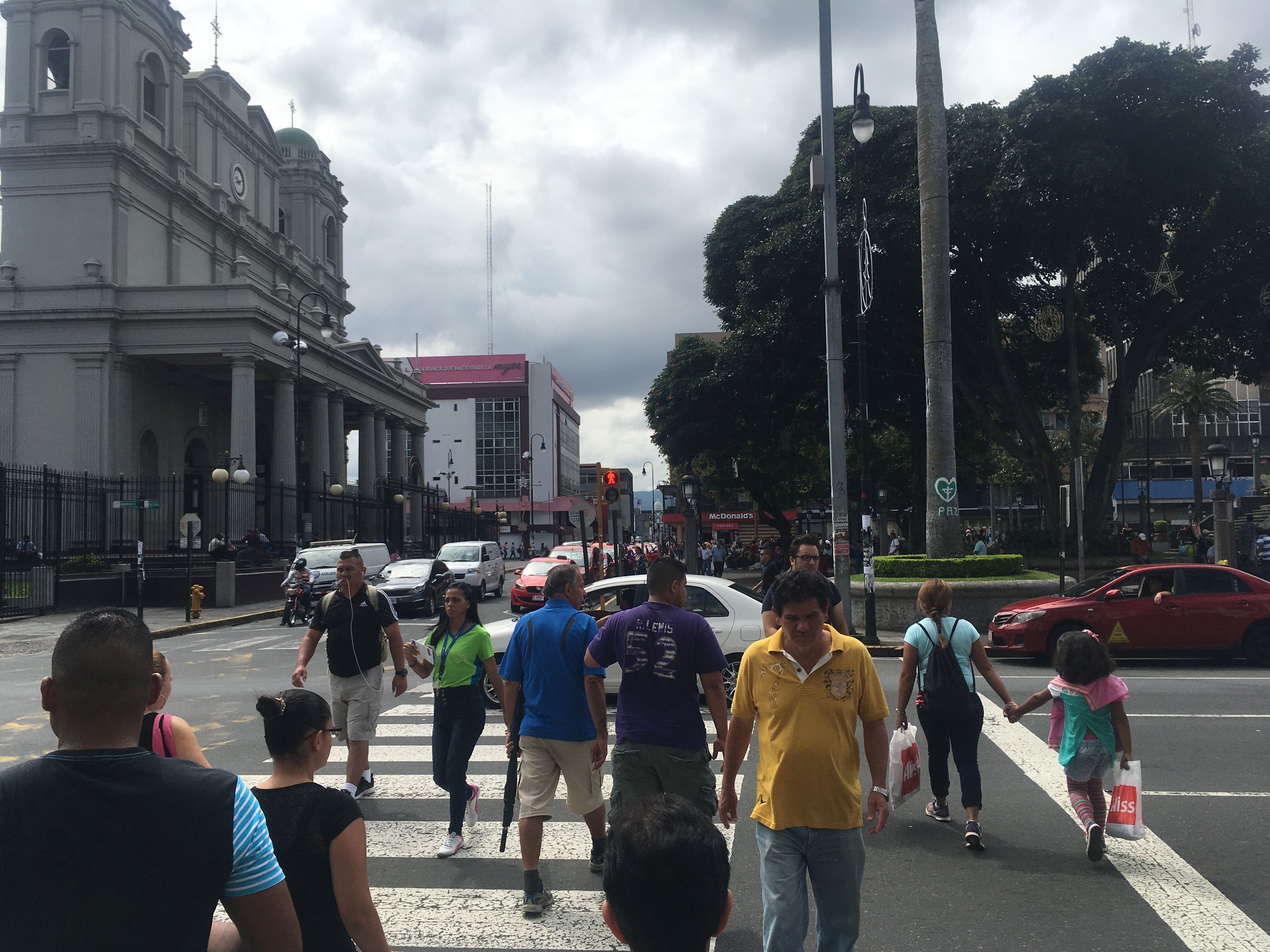 The train system, for example, offers only four routes nationwide, with just 19 trains on the tracks – a measure, in part, of the country’s small size, according to the Costa Rican Railway Institute.

Buses, in turn, have seen little in the way of modernization of routes and stops, in part because bus company owners sit on the bus regulatory board, and are reluctant to make changes that could increase operating costs, Guerrero said.

The result is that 30 percent of Costa Ricans say they don’t use public transport because of its inefficiency, according to the country’s 2017 State of the Nation report.

But pushing for cleaner cars is also key, she said, since even with a better public transport system not everyone will opt to use it.

Jairo Quirós, an electrical engineer at the Universidad de Costa Rica, said the country is well suited to electric cars, and not just because the country’s electric power is low carbon.

More than 90 percent of people that own cars also have a garage where they could charge their electric vehicles without the need for large-scale public investment in charging stations, he said.

Because Costa Rica is a small nation, limitations on the range of electric vehicles also are not a significant problem, Quirós said.

He agreed with Guerrero that, with the right incentives, Costa Rica could have a competitive electric vehicle market in five years.

The push for electric transport has met some criticism, including that the country’s clean power grid couldn’t stand up to the increased demand for electricity.

But “we have studied how many electric vehicles our renewable grid can hold and with the amount of vehicles projected from now to 2025, the grid holds just fine,” Quirós said.

For now, the biggest barrier to putting Costa Ricans in the seat of electric cars – or buses – is price, Guerrero said. But with electric vehicles becoming more popular around the world – and with financial incentives to buy one proposed at home – that barrier is unlikely to last, she said.

“There are a perfect series of conditions for this change to happen,” she said.