It is commonly held that Germany’s nuclear phaseout was a major victory for the Greens. But when the first agreement was signed in 2000, the Greens paid bitterly for the compromise. Today, Germany still lacks a final repository for nuclear waste. Craig Morris investigates. 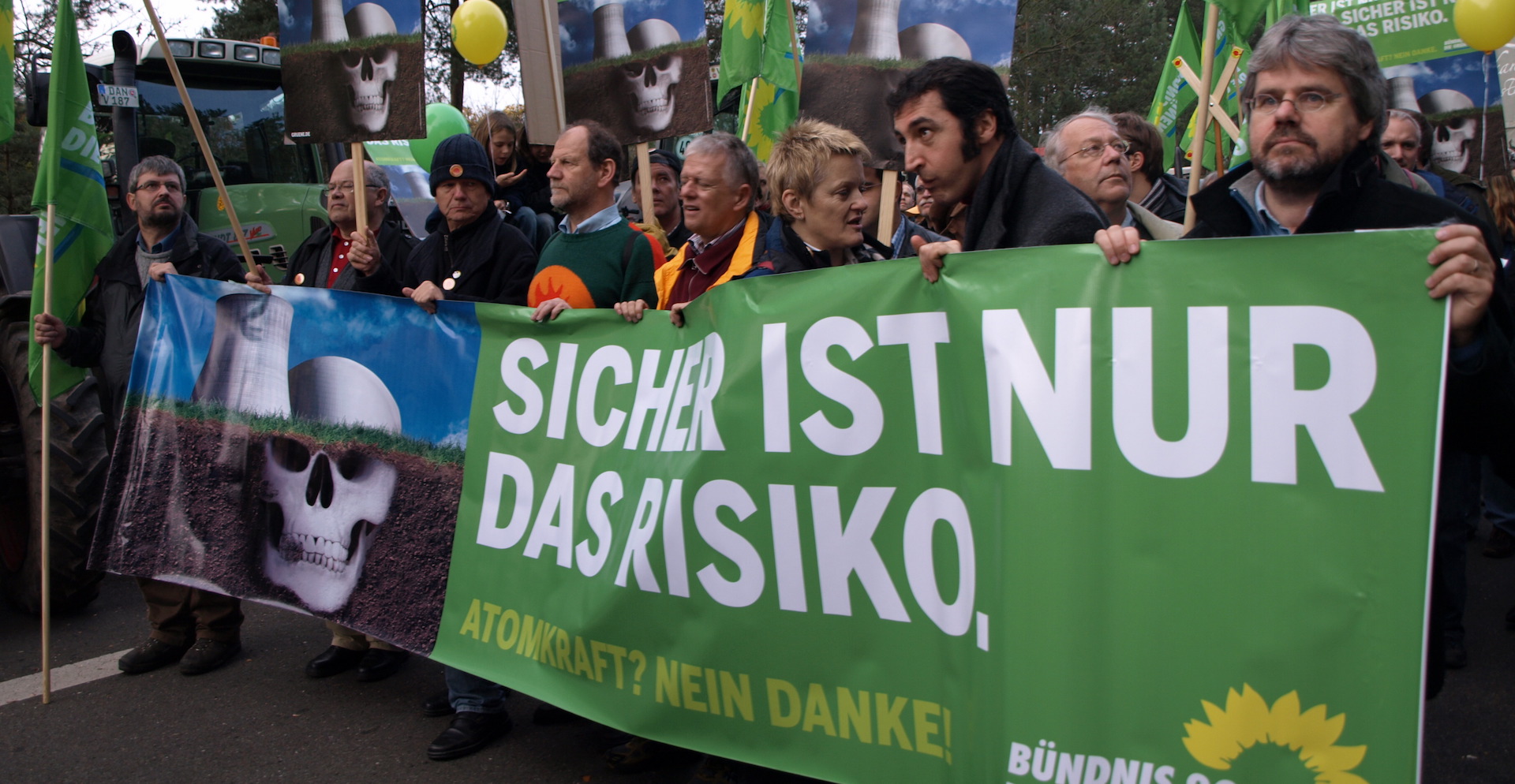 Protests near Gorleben in northern Germany where a trainload of treated waste arrived from France (Photo by Paula Schramm, edited, CC BY-SA 2.0)

For decades, Gorleben was the planned final resting place of Germany’s nuclear waste. Recently, I had the opportunity to visit the site. There were two big surprises. The first was a “cemetery” located in a field along a road leading to town for the entire German parliament of 2000. Local nuclear protesters built this fake cemetery when the nuclear phaseout was signed. What sense does that make? 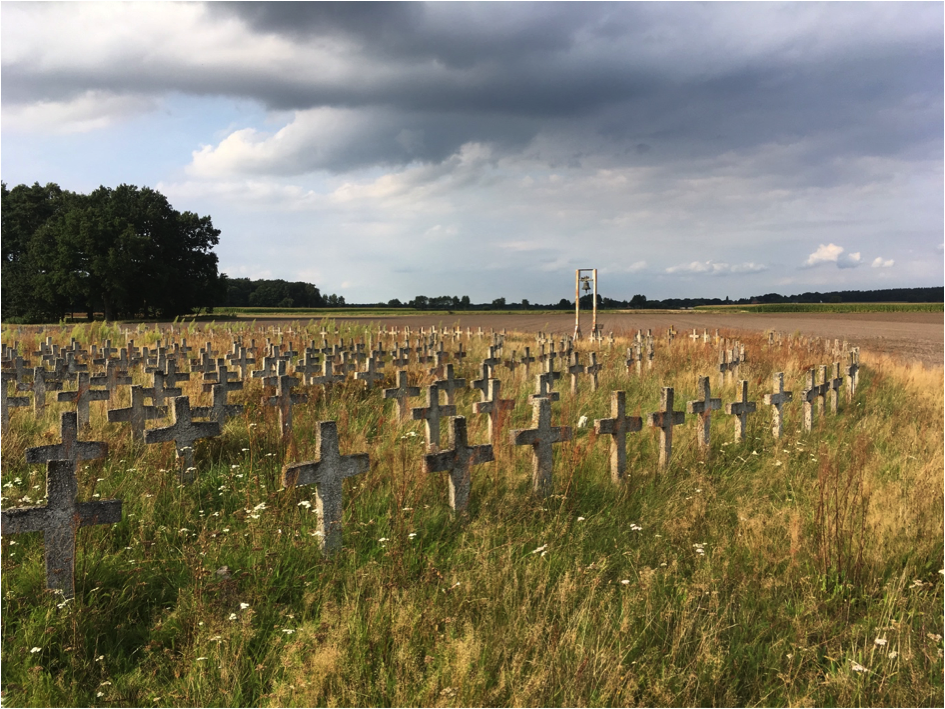 The “Cemetery of Honor” for the German Parliament of 2000. (Photo: Craig Morris)

The government had just agreed with reactor operators that nuclear plants would be closed after 32 years of power production. But what sounds like an accomplishment for the nuclear protesters was treachery for hardcore anti-nuclear campaigners at the time. The Greens had called for a phaseout in five years during the election campaign of 1998, which they won as a junior coalition partner with the Social Democrats. The phaseout they got in 2000 would allow the last plants to continue running for more than two more decades. The Greens lost considerable support for this compromise, and some residents from the Gorleben area, who were to live with the waste from those additional decades, were incensed.

When we remember that the German parliament is the largest in the world, the cemetery is quite an achievement. 669 concrete crosses, each with the name of a member of the 1998-2003 Bundestag, were made and arranged in a semi-circle, mirroring the seating arrangement of the actual seats in lower house of parliament. Another 69 crosses were set up for the members of the Bundesrat, the upper house. Each has a small metal plaque indicating who it’s for. No one was spared. Even the other main politicians behind the Renewable Energy Act have a gravestone. 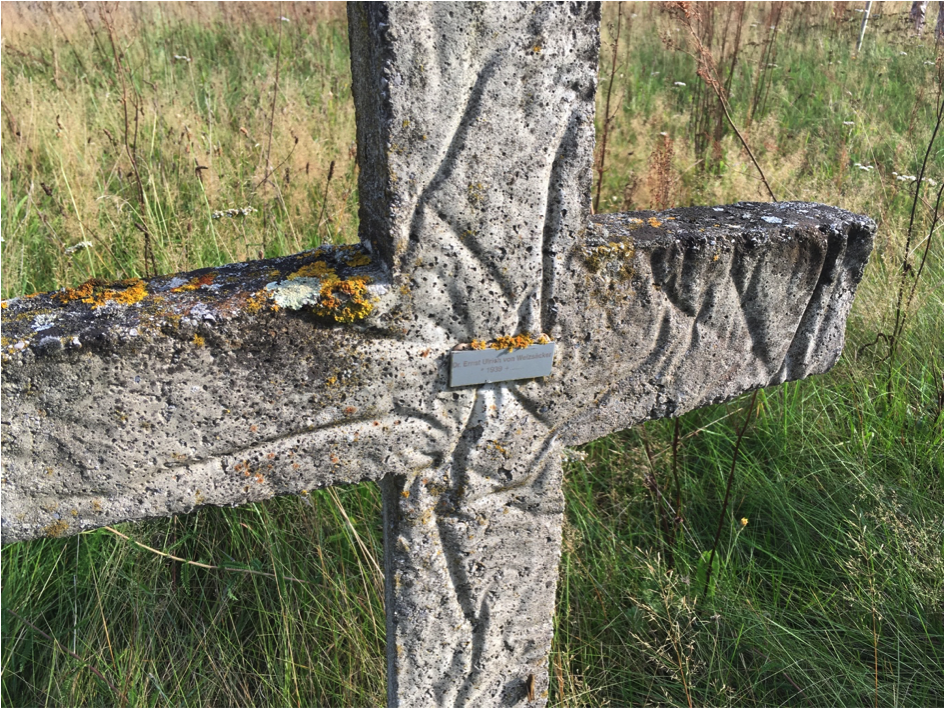 The cross for Ernst Ulrich von Weizsäcker, one of the most respected politicians in parliament at the time and coauthor of a classic book on sustainability from 1998: Factor Four.

The second biggest surprise was a ship on the edge of the forest: Greenpeace Germany’s old Beluga. When the boat needed to be decommissioned, it was put there in secret (without a permit) in order to mark the site where tens of thousands of Germans had come to protest for decades, creating a permanent base camp in the process called “The Free Republic of Wendland.” 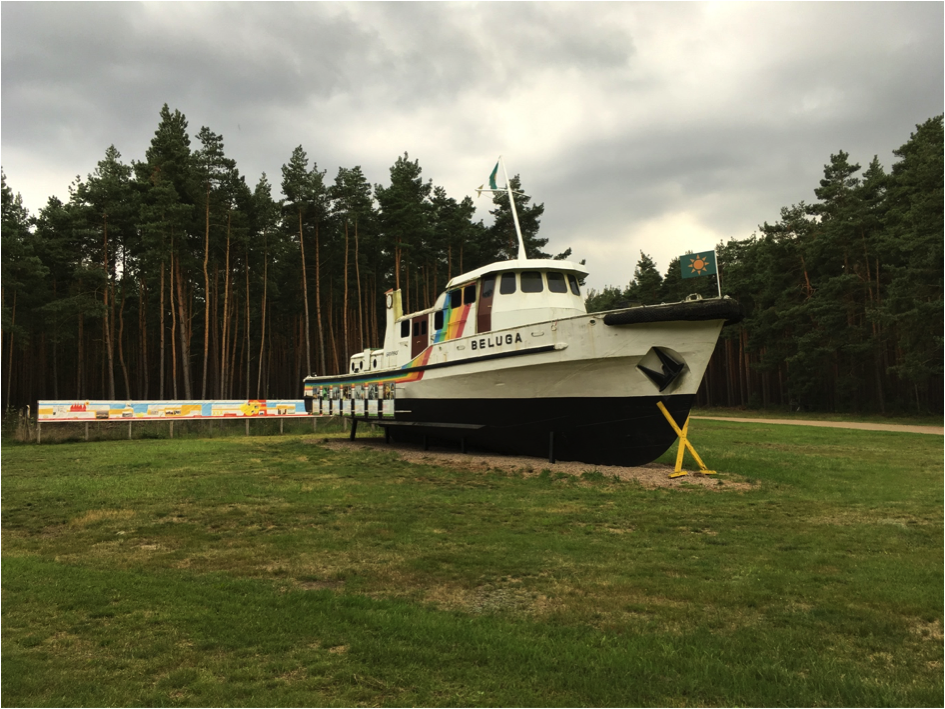 Behind the boat stands a series of panels chronicling the events that took place there. In 1977, Gorleben was chosen as the final repository, primarily because the area stuck the furthest into the former East Germany. (Ironically, it now lies close to the center of the reunited country.)

A reprocessing facility was also planned nearby but abandoned; nuclear waste was to be turned into fuel for a different reactor type, thereby creating an infinite supply of fuel – or, if you prefer, a perpetual motion machine. No country has such a “closed nuclear cycle” today in which nuclear waste is recovered to produce an endless cycle of fuel.

Visiting the site is surreal. At the temporary waste facility, a lone guard with the most boring job in the world watches over an entrance in the middle of nowhere. (Our appearance must have been the highlight of his day.) The cemetery’s homemade crosses are already falling apart, and several are missing. The chronicle panels behind Beluga include a quote from then-Environmental Secretary Angela Merkel. During a visit to the site in 1995, some problems had occurred with a waste shipment. Merkel commented on the mishandling of the nuclear waste: “Every housewife knows that a little bit of baking powder gets spilled.”

The cemetery and Beluga have no permits and were therefore declared “works of art” so they don’t need one. The idea came when artist Joseph Beuys took part in a protest. Locals who opposed the waste site put up a large yellow X to show which side they were on. Police took some on public property down, so Beuys went around signing as many as possible, thereby declaring them to be art – and hence not easily removable under German law.

Germany has reopened the entire search for a final site, and Gorleben is still in the running (overview here). A decision is expected by 2031.