Because it was vulnerable to worker sabotage, the coal sector provided an environment in which democracy could grow stronger, at least up until the mid-20th century, when oil began to replace it – not only as a source of fuel, but as a way of keeping democratic demands in check. Craig Morris goes in-depth. 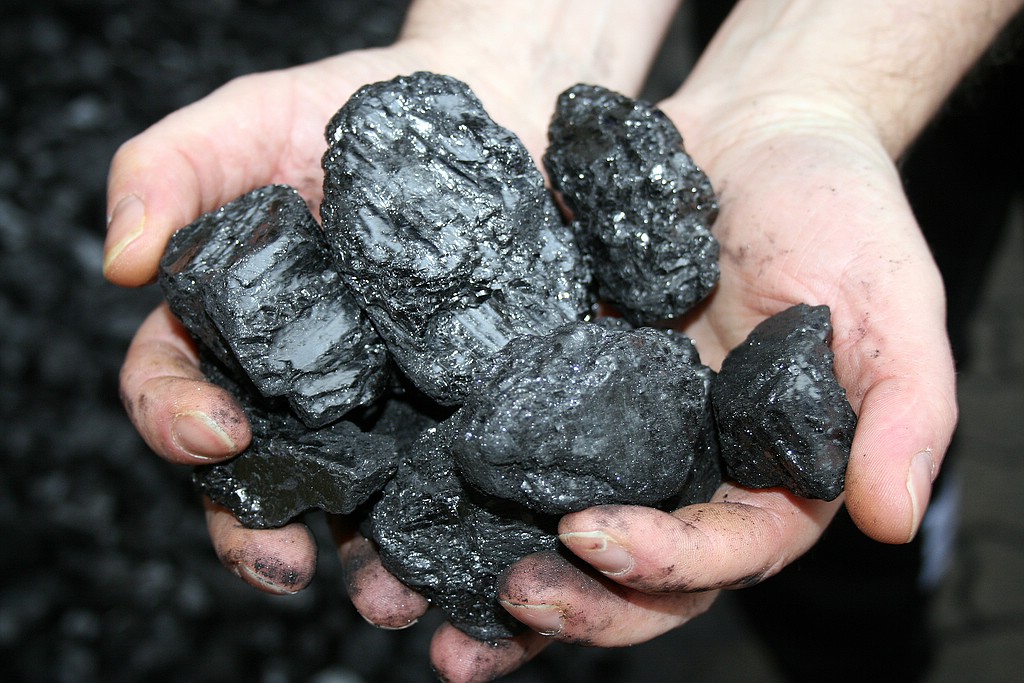 Coal depended on workers, and they could make democratic demands. (Photo via Wikipedia, CC BY-SA 3.0)

This is part two of a series on democracy and energy; read part one.

In my previous post on Timothy Mitchell’s book Carbon Democracy, I presented his thesis that democracy comes about when the public develops “the means to withhold consent.” Today, I’d like to present Mitchell’s ideas about the relative vulnerability of coal compared to oil.

Historically, coal production has been labor-intensive. At points all along the production chain – from (underground) mining to transport by train and points of consumption (stokers feeding coal into a furnace) – people worked. At all points, they could therefore refuse to work and sabotage supplies.

Furthermore, Mitchell points out that coal miners, especially those underground, were far from the supervision of management and could therefore scheme. In addition, lumps of coal leave the mine in a form that is more or less ready to use in a furnace at a power plant, ship, train, etc. Some cleaning, sorting, and drying takes place, but no further “refinement” is needed.

In contrast, crude oil comes out of the ground and is first sent through a refinery before its various products (mainly gasoline, diesel, and kerosene) are ready for sale to consumers. Workers in the oil sector thus include a larger number of skilled engineers and technicians, whereas workers in the coal sector are less stratified and generally have lower skills. Coal workers thus have more in common as a group, and their interests are farther away from those of top management that is the case in the oil sector. And of course, workers in the oil fields “remain above ground, closer to the supervision of managers.”

Oil also flows through pipelines. They can, of course, be sabotaged, but they also generally operate without a lot of manpower. In fact, oil pipelines were invented “in Pennsylvania in the 1860s to circumvent the wage demands of the teamsters transporting barrels of oil to the rail depot in horse-drawn wagons.”

The entire whole coal sector also tended to be located in one place. A coal plant was built next to a coal mine, and industries settled near the coal plant. In contrast, by the beginning of the 20th century, the oil sector was already international, and “by 1970 oil accounted for 60% of seaborne cargo worldwide.” Workers in the Middle East would hardly have been able to join forces with others in Europe. Mitchell concludes, “unlike the movement of coal, the flow of oil could not be readily assembled into a machine that enabled large numbers of people to exercise novel forms of political power.”

Most history books would have us believe that Western oil firms quickly scouted the four corners of the earth, trying to claim rights to oil fields before their competitors could. That’s true, but they did so not to get the oil to the market quickly, but rather to prevent the competition from doing so first.

Mitchell argues that goal was protecting “the system of scarcity.” Over the 20th Century, multinational oil firms “collaborated to divide the world’s resources between themselves, and to limit production to maintain prices.”

He provides manifold examples. In Iraq, BP “deliberately drilled shallow wells to avoid discovering additional supplies.” Another an oil consortium “persuaded the US government to pressure independent oil companies not to take up any oil contracts offered by Iraq” until a separate dispute could be resolved “and meanwhile delayed settling the dispute.” Likewise, Deutsche Bank took nearly a quarter of a century to start production after receiving its first concession in Mesopotamia. “A principal reason for searching in the barren hills of Persia was not to launch the region’s oil industry, but to delay its development,” Mitchell explains.

The firms wanted to find oil before someone else did – and then keep it off the market, lest a glut ruin prices. Western politicians were sometimes complicit; at the beginning of the 20th Century, “the governors of Oklahoma and Texas declared martial law and sent the National Guard to… shut down the new wells, as a means of increasing the price” of oil.

The tactic worked. By 1960, as one economist calculated in 1970, oil firms were producing a barrel of oil for less than ten cents but selling it for nearly 80 cents – a profit margin of roughly 700%. One reason was the lack of transparency; even today, “apart from the British and Norwegian zones of the North Sea, there is no production region in the world for which field-by-field production data are publicly available.”

In the oil sector, multinational corporations, not workers, sabotaged supplies. Workers were divided into much different skill sets, locations, and even ethnic groups, as I will investigate in my next post.