Energy poverty is sometimes held to be related to renewable energy. In reality, the cost of fossil energy for heat and motor fuels plays a larger role – as do general poverty levels. Most of all, statistics are hard to compare, and Germany combats poverty, not merely “energy poverty.” Craig Morris takes a look. 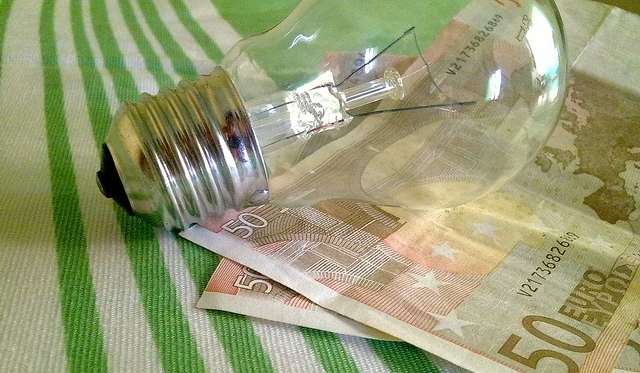 Reliable data about actual disconnections is simply not available. (Photo by Lablascovegmenu, modified, CC BY 2.0)

According to the latest data in Germany, 351,802 households had their power cut off because they were not able to pay the bill in 2014, an increase of just under 10 percent from around 320,000 in 2012 (report in German) – out of some 44 million households, roughly 0.7 percent. Before, the number rose only slightly from 344,798 households in 2013, probably because power rates remained stable in line with inflation in 2014. According to the power firms, “almost no consumers remain in the dark after a few days” (report in German).

What do those numbers look like in other countries? Is 0.7 percent a lot? It’s hard to know; a lot of countries (such as the United States) do not take such statistics.

The UK is a bit of an exception. The country coined the term “energy poverty” years ago; it recently tweaked the definition. And enough data is available from the UK’s Association for the Conservation of Energy to produce a comparison for 2013 of 14 EU countries, Switzerland, and Norway. It is entitled “The cold man of Europe.” 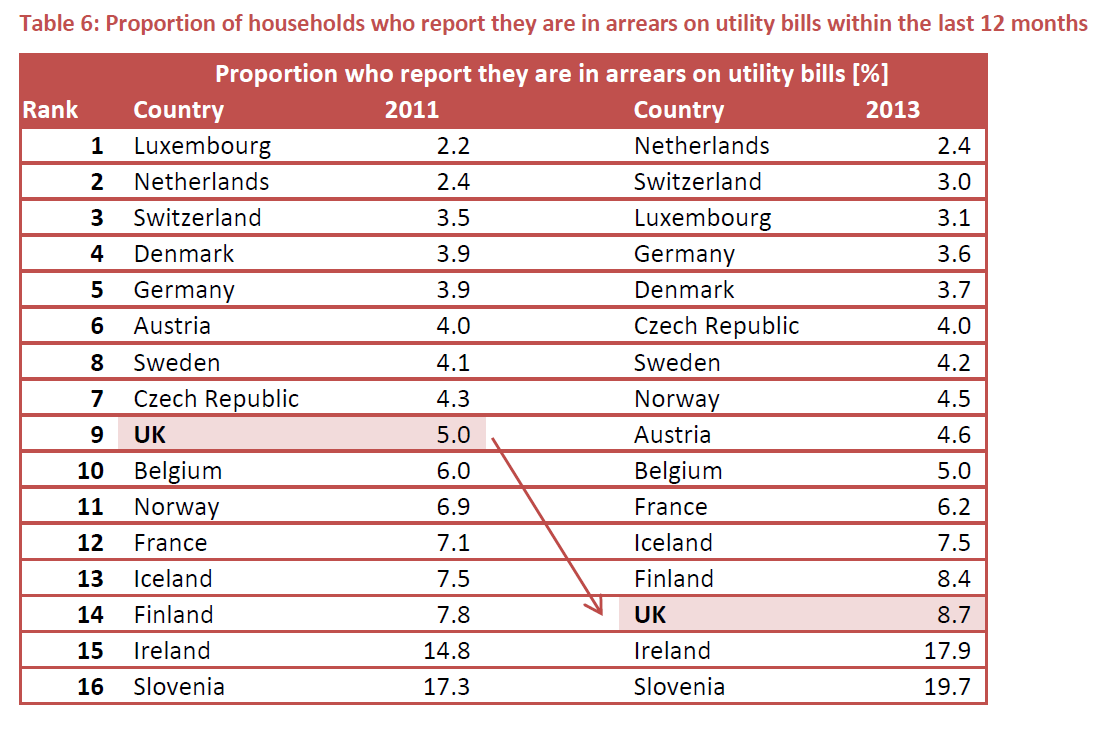 The situation obviously worsened dramatically in the UK from 2011 to 2013, but Germany improved from an already competitive 3.9 to 3.6 percent of households “in arrears on utility bills.” Strangely, the list above cuts the number of households affected in Germany in half. This outcome is especially strange because “utility bills” not only include electricity, but also heat and probably water. These services can be separate and often are in Germany. Still, one would expect that adding on more items would increase the probability of payment default. For instance, 45,812 households had their gas connections cut in Germany in 2013, an increase of nearly a third relative to 2011.

The German data for household power disconnections come from grid operators themselves; these shutoffs actually took place. The data in the chart above is taken from an EU survey of households called the Statistics on Income and Living Conditions (SILC). The use of this survey is a good indication that reliable data about actual disconnections simply is not available. The data that is available is not always easy to compare. For instance, while the Germans count disconnections meticulously, the British consider a household to be “energy poor” if it spends more than 10 percent of its income on energy.

Germany does not have a legal definition of “energy poverty,” and numerous experts I have spoken with doubt that the term is useful. It is, after all, merely a subset of poverty; we could just as easily talk about the “food poor” (or, more productively, the “working poor”).

It would therefore make sense to combat poverty more generally. Last summer, Germany took an important step in that direction by adopting the country’s first-ever minimum wage. Up to then, wage negotiations had been considered a matter best left up to unions – but the days of strong union membership are over. As the BBC reported, the 8.50 euros per hour that took effect in Germany in 2015 is “higher than the equivalent in the US and UK.” And unemployment in Germany fell to another historic low in November.

It will therefore be interesting to see whether the number of power and gas disconnections drops in 2015 as a result of the new minimum wage. For next year, the average retail rate might once again rise in Germany, though consumer Internet portal Verivox says the exact average is hard to calculate because 103 power providers are increasing the price by 2.8 percent, while 35 are reducing it by 2.3 percent (report in German). In all likelihood, the retail rate will rise slightly – once again, roughly in line with inflation.