If you are active on Twitter among the energy and climate geeks like Arne Jungjohann, you run across international coverage on Germany’s energy transition almost every day. Arne takes a thorough look at the international perceptions of the Energiewende. 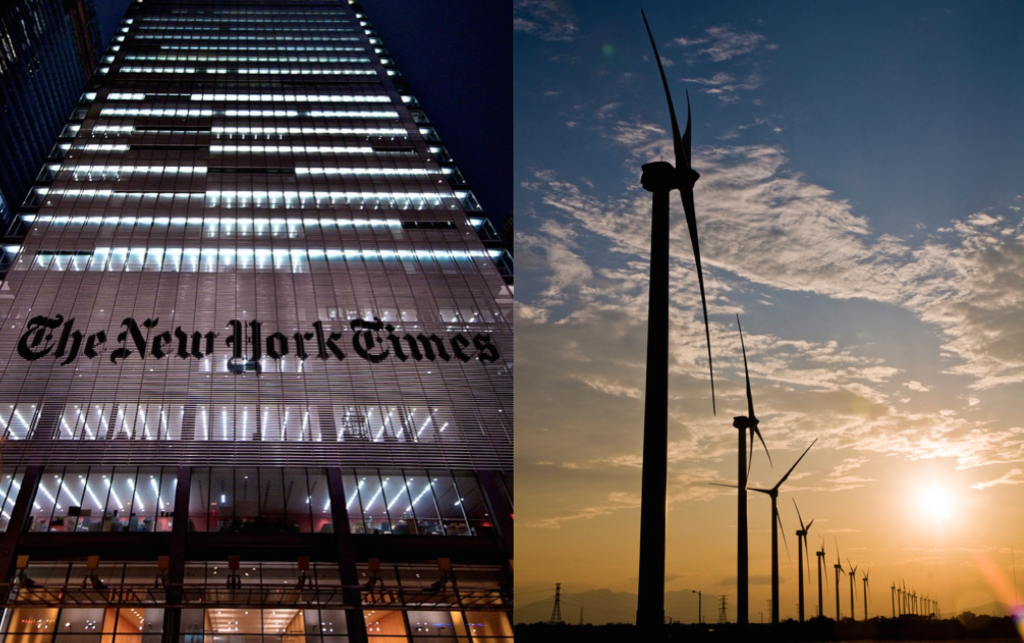 The current misunderstandings about the Energiewende abroad call for a more proactive and target-oriented communication. (Photos by Paul Stocker and Walmart, modified, CC BY 2.0)

In single cases, the reporting is excellent (see for instance National Geographic). Some of the positive Energiewende reporting leaves the reader with the impression as if Germany was a lonely leader on a path to decarbonization of power production through the usage of distributed renewables. But of course, Germany is not going alone. The country has many ambitious allies around the globe like Denmark or California, which have even more ambitious goals than my home country of Germany.

However, the international Energiewende reporting makes me want to rub my eyes. If one is to believe those reports, industry is fleeing because energy costs are going through the roof. Since Germany’s supposed panic reaction to Fukushima and the shutdown of nuclear reactors in 2011, the country is allegedly increasingly dependent on power imports, and its grid is less stable than before. And those are just a few of the unfounded claims: 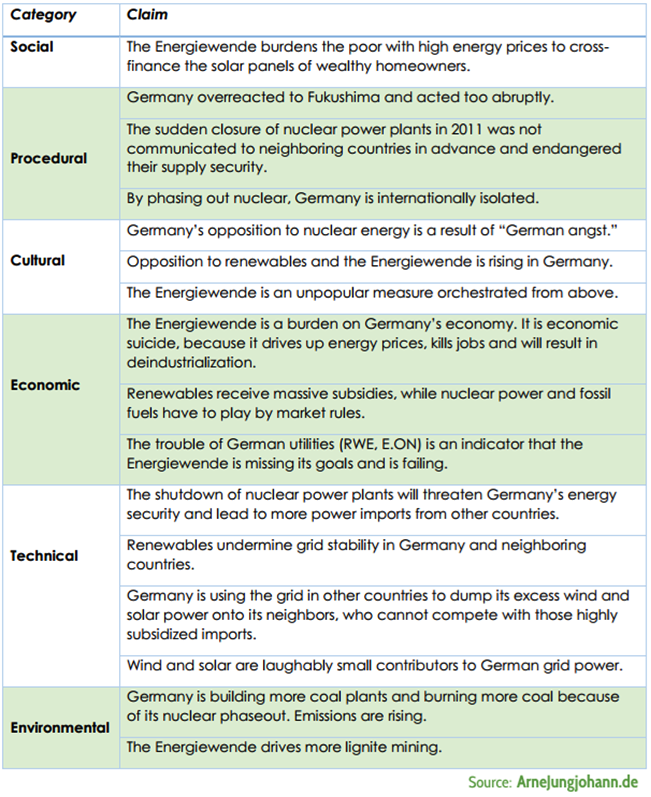 Graph 1 Typical claims that are being forwarded against the Energiewende.

Fact-checking reveals that the above statements are myths. Readers of this blog know that the Energiewende is neither an irrational reaction to Fukushima, nor unique in its ambitions. Nonetheless, these myths keep circulating through the international press. How can this divergent discourse be explained?

Four different factors help explain this divergence between the German and international understanding of the Energiewende: 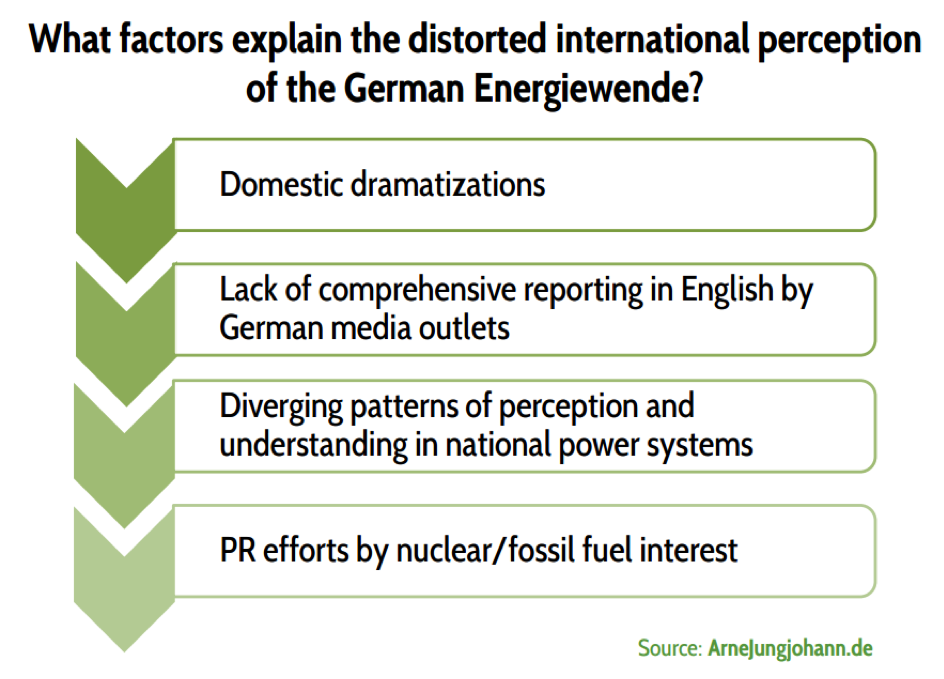 Communication on the Energiewende is improving

The current misunderstandings about the Energiewende abroad call for a more proactive and target-oriented communication. It is not enough to simply provide information. Instead, data, context and contacts need to be 1) specifically catered to the journalists and decision-makers around the globe; 2) provided in their mother-tongue; and 3) be as comprehensive as possible (including alerting to some of the difficulties) in order to reflect the true Energiewende story.

If Germany can demonstrate that there is a pathway for industrial economies into a post-fossil age, it will encourage others to follow suit. It would be a pity if Germany succeeded – but nobody heard about it.

Arne Jungjohann (@ArneJungjohann) is a political scientist and energy analyst. Together with Craig Morris he is co-authoring a history on Germany’s Energiewende which will be published in 2016.