The Croatian Government adopted a new bill to incentivize installments of renewable energy systems. Ana-Maria Boromisa takes a critical view on the legislative process and explains the future challenges. 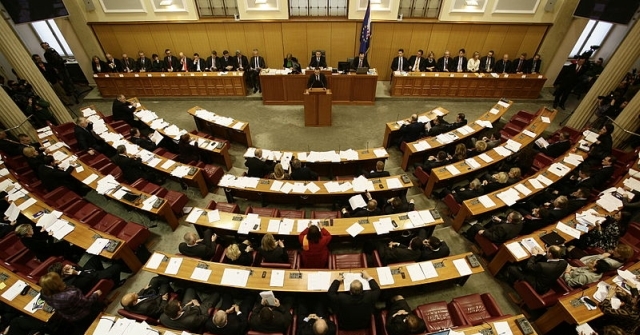 Instead of the current feed-in tariff system, a market premium model is to be implemented – similar to Germany’s EEG 2.0. (Photo by Vlada Republike Hrvatske, modified, CC BY-NC 2.0)

While the British government has announced plans to close all coal-fired power stations by 2025, Croatia is planning to increase the capacity of one of its old blocks in the coal-fired power plant in Plomin (Istria region) by four times. Here, it is interesting to look at how the country plans to meet its 20% renewables target by 2020 (18% in 2013) and decarbonize. So far, only the Renewable Energy and High Efficiency Cogeneration Act in Croatia was adopted in September 2015.

The act provides for a new model of incentives from January 2016 onwards. Instead of the current feed-in tariff system, a market premium model is to be implemented. The premium will be available for a capacity defined by a quota (in kW), comparable to the German EEG 2.0. By the end of January 2016, the Government should define a quota for the 2016-2020 period, which includes the capacity in existing power purchasing agreements.

Then starting in 2017, producers of renewable energy will be subject to balancing responsibilities (an obligation to pay for short-term deviations from their previous delivery commitments). A special (simplified) regime will be provided for small installations, and their suppliers will have to take on the electricity-surplus they produce.

The new act provides for competitive procedures for the use of state property for renewable energy installations. All the potential investors will have to go through a tender procedure to obtain a right to build or land a lease agreement.

The new law also provides for more transparency, but only for the period until 2020. It simplifies citizens’ involvement, but only for small installations (up to 500kW). It does not deal with energy cooperatives per se. Green energy producers are likely to face more competition, while balancing responsibilities require a much more detailed planning process. Thus, it provides for facilitating the technical management of the electricity system, however, the expected impact on energy transition is not yet clear.

The government has recognized that the implementation of the new act will create new jobs and require additional funds in the state budget. The latter might be quite challenging, given that Croatia needs to correct its excessive budget deficit by 2016 and reach a deficit target of 2.7% of GDP in 2016.

There are controversies regarding the preparation and timing of the law. The law was pushed through Parliament at its last session before the elections – in an expedited procedure: the government initiated the legislative procedure on September 1, and the law was adopted on September 10.  Within these 10 days, the government proposed amendments (on September 9), including a 20% reduction of the regulated price suppliers have to pay for renewable energy in 2016. The new law will enter into force on January 1, 2016, with some provisions only entering into force on January 1, 2017.

The need for an expedited procedure (which combines the first and second reading) was explained by the need to (finally) comply with EU legislation, in particular the directive on promotion of the use of renewable energy (Directive 2009/28/EC) and the energy efficiency directive (Directive 2012/27/EC).

Delays in preparing the exact laws and implementing regulations are generally more rule than exception, given limited capacities (in terms of number and competence of staff) in the responsible ministry.  Thus, it is highly unlikely that the government will be able to propose implementing regulations by the end of January 2016. This is even more unlikely considering the following: First, elections were held on November 8 this year, and the post-election coalition and the cabinet are yet to be created. Second, implementing regulation should deal with the hottest issues, the bidding process and ceilings. The bidding process and replacement of a feed-in with a premium system were also novelties included in the German EEG 2.0. The Croatian version of the law builds on the German experience and identification of contested issues – such as the cost of energy transition, the role of citizens, and some specific market related issues (e.g. the bidding process). However, instead of offering real proposals for these issues, the Croatian version of the law only postpones decisions.

The procedure (marked by delays, urgent procedures and incomplete information in explanatory memoranda) and the lack of well-defined implementing rules cannot be considered as best practice regarding transparency and predictability for investors. Still, it is a step forward. Implementation (or lack thereof) will show whether it will be followed by two steps back.