France’s energy transition law has been stalled due to disagreements between both chambers of parliament. While this outcome is disappointing, it might also help pass a more ambitious draft later this year, as Kathrin Glastra explains. 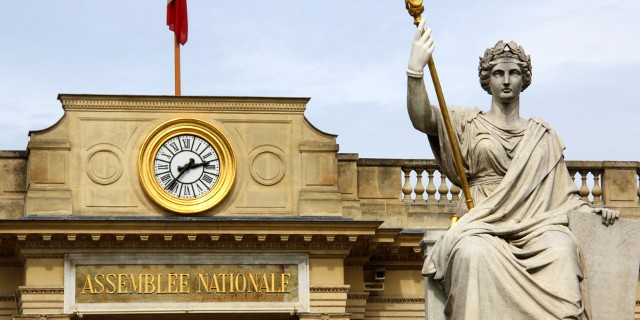 The fans of a swift French energy transition are clearly having their patience tested by last week’s failed conciliation committee meeting between the two chambers in France.

What was at stake? A far-reaching law proposal on France’s energy transition and green growth (projet de loi sur la transition énergétique pour la croissance verte), which should have been adopted this spring. In the law: the election promise of François Hollande to reduce the share of nuclear in the national energy mix from 75% to 50% by 2025. Furthermore, it contained a wide range of other legislative proposals on renewables (40% by 2030), energy consumption (down by 50% by 2050), but also on tax-free retrofitting and thermal renovations, e-mobility (7 million e-car charging stations nationwide) and CO2 reduction (-40% by 2030). The law proposal by French Energy Minister Ségolène Royal was initially endorsed by the Assemblée Nationale last autumn, raising hopes for a fast adoption through a so-called fast-track procedure (procédure accélerée). In comparison to the usual law-making procedure with the sometimes lengthy “shuttle“ (navette) of several readings between the two chambers, the fast-track procedure foresees one reading only in each chamber and thus speeds up the legislative process.

This strategy clearly failed. First, because of the Senate’s turnaround vote in early March, which postponed the objective of reducing the nuclear share in electricity production by 2025 (from 75% to 50%) to forever and a day. Second, because the “last resort” conciliation committee of 7 senators and 7 parliamentarians (CMP, Commission Mixte Paritaire), which convened last week, concluded that no common ground for an agreement could be found.

This decision has to be regarded in the context of the upcoming departmental elections (local elections) at the end of the month: President Hollande’s socialist party looks at what seems to be yet another election catastrophe, so he and his Prime Minister, Manuel Valls, cannot risk to appear too flexible on their election promises. Furthermore, these elections might put the government’s party in more need of partners at the national level, in particular the Green Party, who would not accept nor support a law proposal stripped of its essence.

Is the failure of the conciliation committee good or bad? That depends on where you stand. Environment Minister, Ségolène Royal, would have liked an adoption of her energy transition law project by the end of this month. She even showed some flexibility in meeting the senators half-way in order to match their expectation, allegedly saying that 40% renewables by 2030 in the national electricity mix is practically the same as reducing the nuclear share to 50%. Others see the energy transition law debate now as a lobbying battle where everything is up for grabs again, in particular regarding nuclear and wind power (the latter following the Senate’s proposal to increase the distance between residential areas and windmills from 500 meters to 1 km).

Leading politicians in favor of an ambitious energy transition law see the failure of the conciliation committee as a necessary step towards France’s energy future. In their view, this will now allow for an enriching of the text to include those positive proposals by the Senate, for example regarding grid access of locally produced renewable energy, and merge it with the core ambition of the General Assembly’s approved text version of the law.

Does this “return to sender” mean actually starting the process all over again? Probably not. The ball is in the National Assembly’s field again, and the senators will have a second reading, too. However, the last word is now clearly with the National Assembly, which will stay close to its original, more ambitious proposal. So despite the failed shortcut route, there will most likely still be an adoption of the law before summer. Or to quote a famous Frenchman: patience is bitter, but its fruit is sweet.

Kathrin Glastra is a program coordinator in the Brussels office of the Heinrich Boell Foundation. She is responsible for the foundation’s network Energytransition@EU which focuses on creating an inclusive European energy transition debate.

Please note that you can find the key findings and a full translation of our book “German Energy Transition” in French here.