The European Commission just gave the go-ahead to a strike price for new nuclear power in the UK – essentially feed-in tariffs. Since it is adjusted for inflation, how can it be estimated over a period of 35 years? Craig Morris investigates.

Power from Hinkley Point C won’t cost the taxpayer 109€/MWh, but closer to 150-200€/MWh – which makes it even less competitive with renewables. (Photo by Richard Baker, CC BY-SA 2.0)

Making graphics is tricky. Take this chart of ours, which is not only popular, but also potentially confusing, as one reader pointed out (see the comment from Francis).

As Francis states, the strike price for new nuclear in the UK is around 90 pounds per megawatt-hour, far less than the 155 euros indicated in our chart above as the “low average.” What gives?

Obviously, we first had to convert sterling into euros, and that exchange rate fluctuates all the time. But the biggest uncertainty is the inflation rate. You see, the British government not only aims to offer a guaranteed price for new nuclear power, but also adjust that rate to inflation – meaning that the price will go up over time. (Note that, while some countries such as France also have inflation-adjusted feed-in tariffs for renewables, Germany does not.)

To show what difference this makes, I asked our graphics expert Thomas Gerke to send me the original draft chart we worked on to see how we might represent an average of the prices for power from the new nuclear plant at Hinkley. 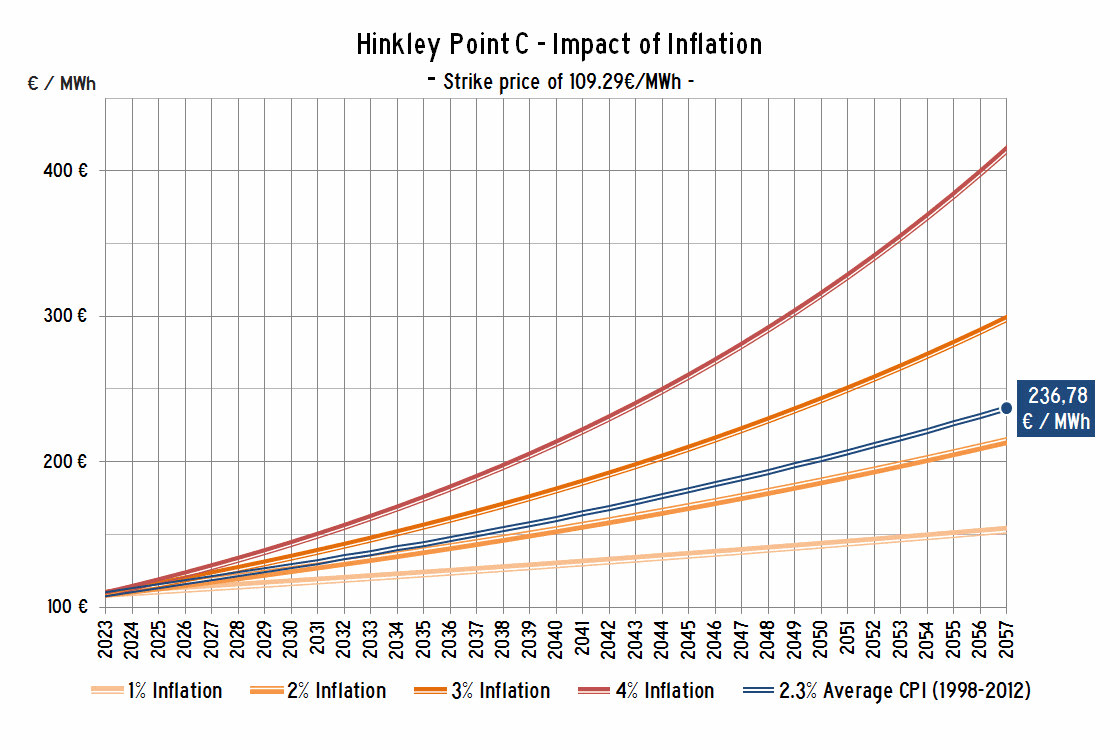 But even once you know that, you have to average whatever line you choose from the draft graphic above in order to state a single range as we do in the chart eventually used. Taking the blue line in the middle as an example, you have to calculate a weighted average from around 115 euros today to around 240 euros by 2057. And of course, if the inflation rate skyrockets at any point during those 35 years, all bets are off anyway.

In contrast, the figures we give for renewables in the chart at the top are actually quite conservative. Partly because German feed-in tariffs are not adjusted for inflation, we know the prices will go down.

Naturally, the technologies themselves will also have to become cheaper, but all signs indicate that the future looks bright for wind and solar power. The International Renewable Energy Agency (IRENA) sees the cost of PV continuing to drop by the end of this decade, and market researchers at Lazard also track the falling levelized cost of both solar and wind in a study published in September (PDF). 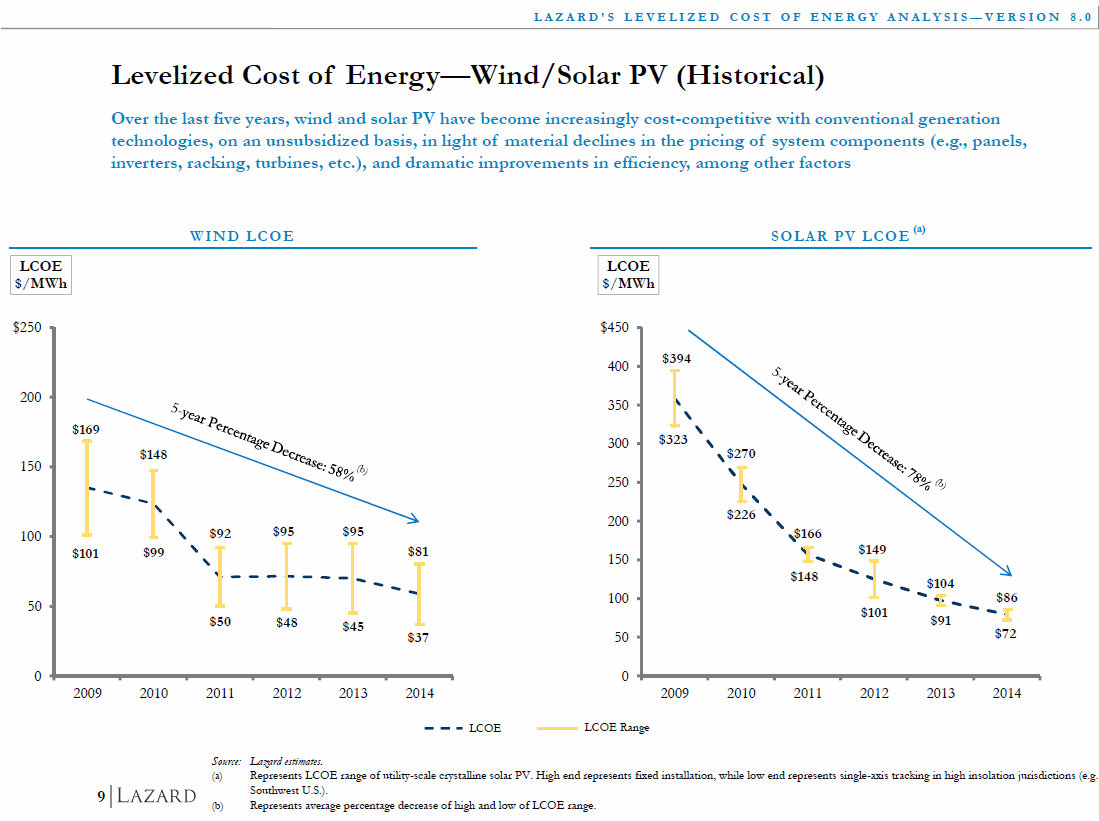 In short, we feel that our chart comparing the strike price for new nuclear in the UK and feed-in tariffs for wind and solar makes a fair assessment of how the price of nuclear may develop and makes a conservative estimate of the price of solar and wind going forwards. We actually expect far lower prices from wind turbines and solar panels.

What do you think? Is the final version of our chart more helpful than the draft? Or would you present the data some other way? As we approach the winter, we will start thinking about what needs to be done for the annual update of this website, so drop us a comment below if you have an opinion.