In 2022, there are wins to be celebrated for climate policy. The recent US legislation is the first time in 40 years that the government has managed to pass any meaningful climate policy. The invasion of Ukraine has shaken Europe to accelerate the move away from Russian oil and gas. However, it is hard to celebrate wins for the climate without addressing the elephant in the room – the thriving and ever-profiting oil and gas sector. While recent geopolitical events did indeed infuse the energy transition with, (no pun intended), some much needed energy, Joelle Thomas would argue that the biggest winners of the past year’s events have been oil and gas companies.  What does this mean for the energy transition? 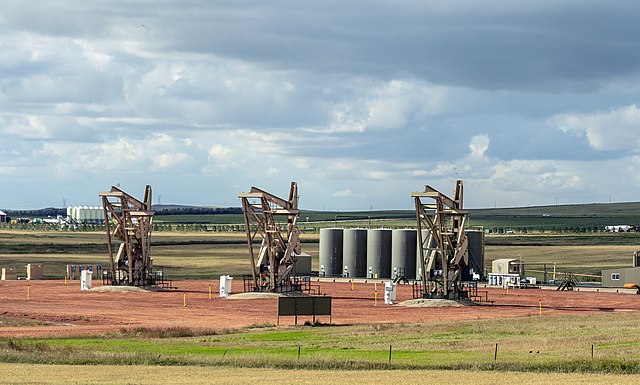 How have oil and gas companies benefited?

As prices of crude oil soared to $120 per barrel in 2022, up from an average of $80 per barrel (and back down to $100 at time of writing), the main beneficiaries of this windfall are oil and gas companies.  In particular – national oil and gas companies (oil and gas companies that are state-owned – called NOCs) – who are responsible for producing 3/5s of the world’ crude oil and one-half of its national gas, will take home a handsome sum. The IMF estimates that NOCs in the Middle East and Central Asia alone will this year increase their annual oil revenues by $320bn more than they had previously expected, a figure equivalent to about 7% of their combined GDP. Over the next five years, the cumulative surplus could reach $1.4trn. The question is – what will these companies do with the windfalls?

Although the sector does not have a historical track record in investing heavily in the energy transition, they are increasing their share of new investments in green technologies. For example, over the past decade, less than 1% of oil and gas company capital expenditure has gone towards new cleaner technologies. But the trend is looking up: these investments are expected to creep up to 4% in estimates for 2021 (although the figures remain woefully inadequate). In another report from Wood MacKenzie, private oil companies like Shell, BP and Total Energies are expected to spend 20-30% of their capital expenditures on the energy transition. Why? Private oil companies, are under scrutiny and pressure from market and shareholders to greenify investments and have recently announced targets to participate in the energy transition. For example, Shell and Total have made commitments to reach net-zero by 2050. Yet these private oil and gas companies are only responsible for a minority share of the world’s oil and gas production and the world’s oil and gas reserves.

NOCs control the lion’s share of reserves and have different incentives and governance structures that influence their decisions to make green investments. Their main purpose is to finance the sovereign wealth funds and government programs of their respective countries. Sometimes, the energy transition and national growth interests of countries with NOCs can intersect. For example, oil exporting countries in the Middle East are seeking to diversify their economies away from oil and gas, and it’s possible that windfall profits can contribute towards building new clean energy sectors. For example, the Public Investment Fund of Saudi Arabia has announced mega-projects like Neom, a planned $500-billion net-zero city. Last year, Saudi Arabia announced its intention to invest $100 bn in renewable energies by the end of the decade, and the UAE has announced $150 billion by 2050.

Despite these investments in the energy transition, we cannot expect a full pivot away from the core of their business.

While investments in renewable energy are increasing, investment into oil and gas is not going anywhere. McKinsey predicts that investment into the oil and gas activities will remain stable in absolute terms until 2050 (though will decrease as a share of overall energy investment). Saudi Arabia’s Minister of Energy Abdulaziz bin Salman has pledged “We are still going to be the last man standing, and every molecule of hydrocarbon will come out.”

Even investments in the energy transition do not indicate a full pivot away from oil and gas. While both NOCs and private oil and gas companies are broadening their asset base with solar PV and wind projects and green hydrogen, they are also still betting on CCUS and negative emissions technologies that would allow them to neutralize the carbon impact of oil and gas. In other words, they still expect for oil and gas – albeit allegedly “greener” oil and gas – to remain as the bread and butter of their business.

What can oil and gas companies do?

Second, oil and gas companies have valuable know-how to share with the clean -energy community. For example, three-quarters of the world’s capture CO2 comes from CCUS projects in the oil and gas sector, and the industry accounts for more than one-third of overall spending on CCUS projects. According to the IEA, “If the industry can partner with governments and other stakeholders to create viable business models for large-scale investment, this could provide a major boost to deployment.” CCUS plays a role in many energy transition scenarios as a last-resort to abate unavoidable emissions –where other technologies are not possible or largely uncompetitive.

It is sobering to recall that unfortunately, fossil fuels will continue to be around for many years to come. The only way forward is for oil and gas companies – and more importantly – the states that own or regulate them, to drastically diverge investments away from conventional oil and gas extraction and production. Investments in renewable energy from all stakeholders (not just oil and gas companies) are still woefully below international commitments and requirements; according to the IEA, “Clean energy investment would need to double in the 2020s to maintain temperatures well below a 2°C rise and more than triple in order to keep the door open for a 1.5°C stabilization.” Responsible oil and gas companies would do well to continue leveraging the windfalls to invest in the energy transition, especially as all evidence points to renewable energies as generating higher returns than conventional energy investments – and of course, higher returns for the welfare of the planet.