After 2 years and 15 negotiation rounds, on June 24, 2022, the Contracting Parties of the Energy Charter Treaty (“ECT”) finaly reached an agreement in principle on a reform of the Treaty. The deal, the detailed text of which remains confidential, contains a package of amendments and changes meant to modernise the Treaty’s investment provisions and bring it in line with the Paris Agreement (the “new ECT”). Crucially, this new ECT will grant existing fossil fuel investments in the European Union and the United Kingdom an additional 10 years of investment protection and even maintain, for now, indefinite protection in other Contracting Parties. It is therefore clearly not aligned with the rapid phase-out of fossil fuels that science shows is required to avoid climate catastrophe, or consistent with the International Energy Agency’s (“IEA”) widely recognised scenario to limit global warming to 1.5°C above pre-industrial levels. Amandine Van den Berghe, Lukas Schaugg and Helionor de Anzizu have the details. This blog was originally published on Jus Mundi. 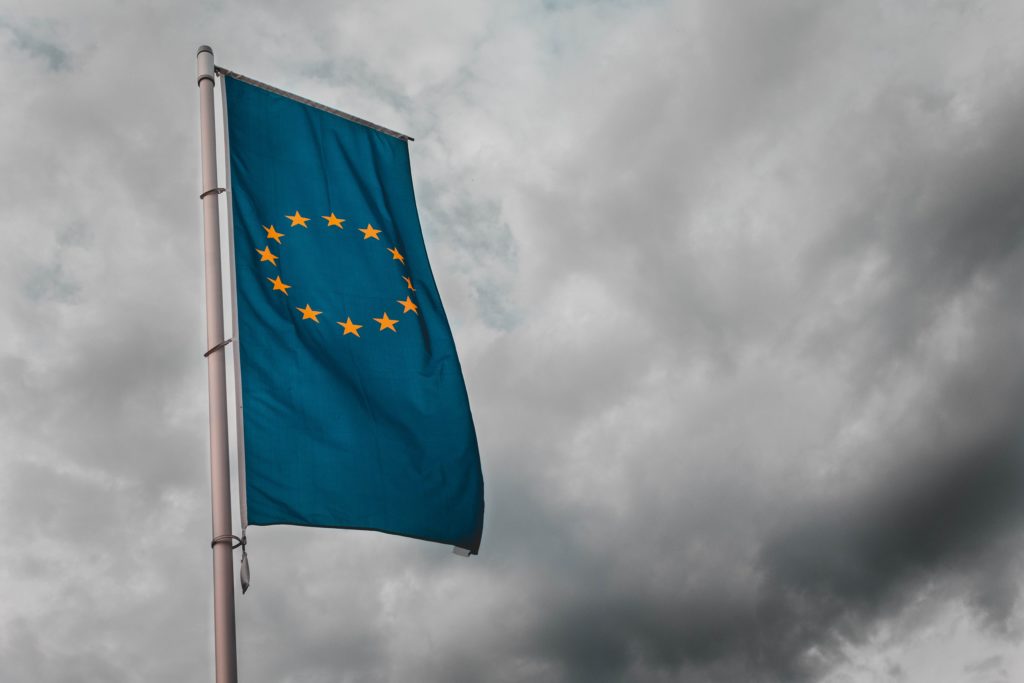 The ECT is an outdated investment Treaty that fossil fuel investors have used to sue States in investment arbitration (i.e., Investor-State Dispute Settlement (“ISDS”)), challenge climate measures, and claim tremendous amounts of compensation. It is likely that this tendency will rise significantly in the coming years as governments must take unprecedented steps to address the climate crisis.

According to the Intergovernmental Panel on Climate Change (the “IPCC”), limiting warming to around 1.5°C (2.7°F) requires global greenhouse gas emissions to peak before 2025 at the latest, and be reduced by 43% by 2030. The European Union (the “EU”), together with many other countries, has adopted an emissions reduction target for 2030 to achieve this goal. The EU is currently adopting a legal framework for achieving these objectives as part of the European Green Deal.

There is increased recognition of the ECT’s ISDS mechanism serving as an obstacle to such efforts. In its April 2022 Report, the IPPC has highlighted for the first time that foreign fossil fuel investors could use such claims to attack climate action. Moreover, an article in Science reports that the ECT is the greatest contributor to potential ISDS claims over the forced stranding of oil and gas assets that do not fit in a 1.5°C carbon budget. Specifically, the authors find that “the ECT applies to 19 percent of all Treaty-protected oil/gas assets that would be excluded from the IEA Net-Zero by 2050 energy transition pathway”.

Even the key amendment intended to align the ECT with Paris goals suffers from significant weaknesses. Following the failed attempt of the EU to negotiate a general carve-out for fossil fuel investments according to its February 2021 proposal, the new Treaty will allow individual ECT Contracting Parties to phase out Treaty protection for fossil fuel investments according to their respective goals – the so-called flexibility mechanism. However, so far, only the EU and the UK appear to have made proposals to use this mechanism, which could imply that investment protection for fossil fuels subsist indefinitely in all 23 remaining ECT Contracting Parties.

As far as the EU is concerned, it is reasonable to expect that the bloc will follow its 2021 proposal, according to which investments in coal, oil, and gas made before entry into force of the new Treaty (existing investments) would remain protected for another 10 years from that date. However, the next decade is the key window for action to limit global warming to 1.5 °C. In contrast to the EU, the UK will remove protection for coal as of October 1, 2024.

Moreover, while it is unclear what exactly will amount to such existing investments, it will likely include fossil fuel projects that have received an initial exploration licence but have not yet started production and are therefore at a very early stage.

With regard to future fossil fuel investments in the EU, these would no longer be protected as of August 15, 2023 but with significant exceptions. Again, it is likely that these exceptions will follow the EU’s 2021 proposal, implying that new gas-fired power plants below a certain carbon threshold, power plant conversions, and certain gas pipelines will remain protected for more than a decade. This is a further blow to the planned phase-out measures needed to meet agreed climate objectives.

The EU carve-out, taken as a whole, is therefore completely at odds with needed climate action. Recent reports of the IPCC and the IEA highlight that States must halt all new investments in fossil fuels and also phase out existing fossil fuel infrastructure immediately. The reform is a failed chance to use the ECT to agree on halting new investments in fossil fuels, and heed the recent warnings. A real climate alignment of the new ECT would have required investment protection to end far in advance of planned fossil fuel phase-outs, since arbitral tribunals frequently take into account impacts of legislation on the future value of an investment.

Finally, the new ECT significantly increases the litigation risk by adding new business activities and Energy Materials and Products, including biomass, hydrogen, anhydrous ammonia, and carbon capture and storage to the scope of the Treaty. This extension of scope operates like a backdoor extension of investment protection for fossil fuels, particularly in the case of fossil gas used to produce so-called blue and grey hydrogen.

A Modernised ECT Still In Conflict With Climate Action

A further notable feature of the ECT is that it structurally subordinates international environmental and climate change obligations to investment protection and trade liberalisation in the energy sector. For example, the general exceptions contained in article 24 of the ECT are not applicable to violations of the fair and equitable treatment and expropriation provisions on which investors base their claims most frequently. It is therefore no surprise that arbitral awards have not attached much importance to the ECT’s references to the United Nations Framework Convention on Climate Change (the “UNFCCC”) or environmental protection, and have not considered international climate law when interpreting the ECT’s investment provisions (as revealed by a recent report by Climate Change Counsel).

In line with a new policy exceptionalism in international investment law, the current reform tries to tighten the wording of investment standards, reaffirm States’ right to regulate, and add references to the Paris Agreement. The revised Energy Charter also clarifies that “non-discriminatory measures that are adopted to protect legitimate policy objectives, such as public health, safety, and the environment (including with respect to climate change mitigation and adaptation), do not constitute indirect expropriation”. Yet, it remains to be seen whether these cosmetic language changes will prove effective in practice. Arbitrators have a track record of disregarding other international treaties, neglecting environmental safeguards included in recent investment agreements, and even ignoring exceptions, carve-outs, and environmental clauses.

As a result, ECT parties will continue to be at risk of ISDS claims if they adopt climate policy measures. Arbitration under a modernised ECT still has the potential to interfere with the objectives of the European Green Deal and the EU’s international emission reduction commitments.

Most Problematic Features Left Out

None of the reforms agreed last Friday address the most problematic features of the ECT – the ISDS system, the method for determining the amount of compensation investors may be awarded, and the sunset clause.

Firstly, the reformed ECT will not address general concerns related to ISDS. The possibility to reform the ISDS mechanism to address its many flaws (i.e., ​​concerns over the reliance on arbitrators, the lack of transparency, issues over the predictability and consistency of arbitral decisions, and the excessive costs involved) was excluded from the list of negotiation topics at the outset due to a veto by Japan. This means that the mechanism will remain unchanged in the new ECT and no additional safeguards for arbitrator independence and impartiality or appeal mechanisms will be added. This is at odds with the Commission’s more recent approach to refer to the Investment Court System in its newer agreements.

The issue of excessive compensation has also been left out of the discussion. In recent years, the amounts of compensation awarded by arbitral tribunals in ISDS have been increasingly large, reaching hundreds of millions and even billions of Euros. Tribunals frequently award compensation for loss of future income across the projected life cycle of a project, calculated based on a series of complex and interlocking assumptions about the future. Under the new ECT, companies will still be allowed to claim the loss of unfeasible future earnings.

There is also no proposal in the new ECT to abolish or diminish the duration of the sunset clause, perceived to be the main obstacle for States withdrawing from the agreement. According to this clause, the Treaty continues to protect existing investments for a period of 20 years, even after a party decides to leave it.

In recent rulings including Achmea, Komstroy, and PL Holdings, the European Court of Justice has held that arbitral proceedings by EU investors against EU Member States, including on the basis of the ECT, violate EU law. Until very recently however, ISDS tribunals ignored the case law of the Court or refused to decline their jurisdiction in intra-EU cases accordingly. It was only on June 16, 2022 that an investor-State tribunal held for the first time that there was no basis for arbitral jurisdiction between EU member States and EU investors (Green Power K/S and Obton A/S v. Kingdom of Spain, SCC Case No. 2016/135). While the issue remains controversial, other tribunals could soon follow suit. Intra-EU cases face important jurisdictional and enforcement challenges, and investors will therefore need to reconsider pursuing arbitration against EU Member States.

Meanwhile, the new ECT will likely put a definitive end to intra-EU investment arbitration as the Contracting Parties have agreed to expressly carve-out the application of the ECT to intra-EU disputes as part of a new provision on Regional Economic Integration Organisations (“REIO’ clause”). Yet, it remains uncertain whether such carve-out will prove effective in practice for pending cases and those brought between now and the entry into force of the new ECT.

While the Contracting Parties have reached an agreement in principle the legal version of which will be notified by August 22, 2022, considerable procedural hurdles remain both at the ECT and EU levels.

At ECT level, the agreement is still subject to a unanimous decision of all Contracting Parties present and voting at the Energy Charter Conference on November 22, 2022. Any ECT Contracting Party may therefore decide to veto the new agreement and thereby thwart the modernisation at the last minute. And even if adopted, the new ECT will only enter into force once three quarters, or 39 Contracting Parties have ratified it and only among those that ratify. Contracting Parties may agree to provisionally apply the new ECT pursuant to Article 45 ECT. Absent such a provisional application, the problematic old version of the ECT will remain in force at least until the ratification threshold is met and possibly indefinitely between ratifying and non-ratifying States.

Within the EU, after notification of the legal text in late August, a period of consultation between the Commission, the European Parliament, and the Member States will start. It is usual practice of the European Commission to make the text of external agreements of the Union publicly available at the same time. The Council will have to adopt a decision to sign the new agreement before the formal adoption at the next Conference of the Parties, and subsequently, the European Parliament will also be called to give its consent to the agreement.

While this will be a moment to take stock and assess the outcomes of the ECT “modernisation”, it is already clear that the agreement does not meet the objectives of the Paris Agreement as it locks States into extended fossil fuel protection for more than a decade.

Amandine Van den Berghe  works on the intersection between EU trade, investment and environmental policies. Through her work at ClientEarth, Amandine has published on and actively participated in a number of trade negotiations and investment law reform processes. Amandine’s work also includes supporting non-governmental organisations and communities in submitting amicus briefs in arbitration proceedings.