In its attempt to drastically reduce its dependency on Russian oil and gas, Europe is turning to Africa. But the move is problematic, as producing fossil fuels on the continent presents its own challenges. Noah J. Gordon and Theodora Mattei have the details. This article was originally published in InternationalePolitikQuaterly. 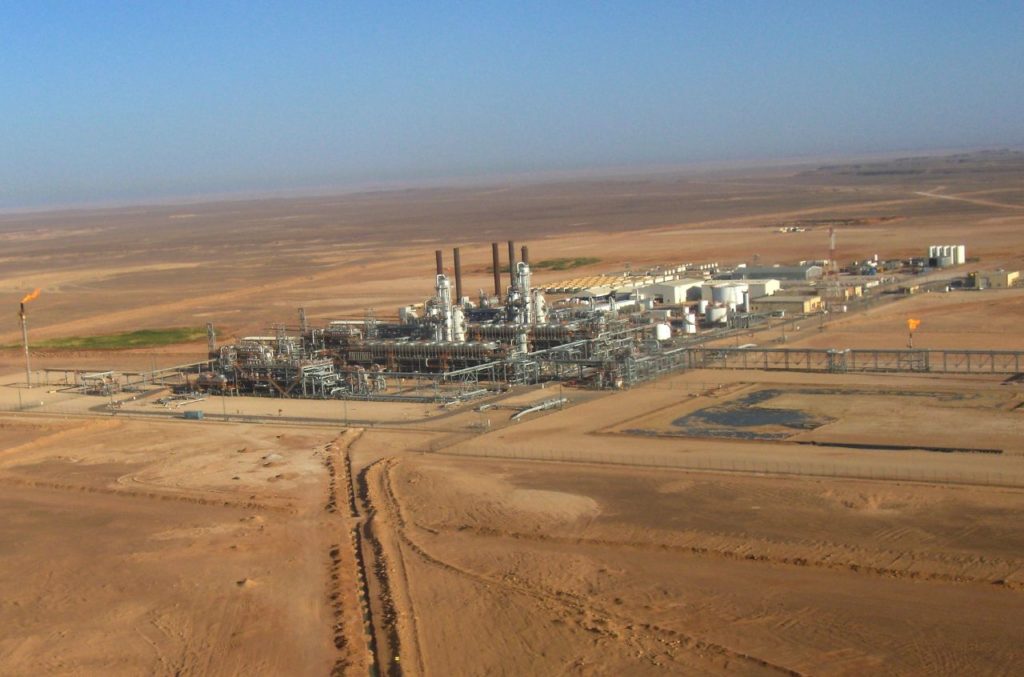 As it seeks to replace Russian fuels, the European Union is looking for energy in all directions. To Europe’s east, this means Germany signing gas deals with the United Arab Emirates (UAE) and Qatar and European Commission officials urging the Saudis to pump more oil in meetings with OPEC. To its north, this means further increasing gas imports from friendly Norway. To the west, this largely means new imports of LNG from the United States.

But what about Europe’s energy relationship with its neighbors to the south, the 54 nations of Africa?

Africans and Europeans were already pursuing oil and gas projects together before Russia’s invasion of Ukraine. The French firm Total is a major investor in the controversial, environmentally damaging East Africa Crude Oil Pipeline, which will bring oil from Uganda through Tanzania and onto global markets. And just before Russia launched an attack on its neighbor on February 24, the energy ministers of Nigeria, Niger, and Algeria signed a deal to revive the massive Trans-Saharan pipeline that would take African gas to the Mediterranean for export.

But the EU’s decision to phase out Russian energy—which took on new urgency in June with the adoption of the EU oil embargo and Russia’s move to reduce gas flows to Europe—has given these plans new momentum. The European Commission is interested in importing gas from untapped reserves in Nigeria, Angola, and Senegal. On June 15, the European Commission President Ursula von der Leyen signed a trilateral Memorandum of Understanding with Israel and Egypt with the aim of sending more Israeli gas through pipelines to Egyptian ports, where it can be liquefied and transported to Europe.

Individual European countries have also been pursuing their own energy diplomacy. Germany and Angola have reached a deal to make state-owned firm Sonangol Germany’s first supplier of green hydrogen. And on a visit to Senegal, German Chancellor Olaf Scholz announced he is planning to “intensively” pursue gas and renewable energy projects with the West African country. Italy, another major importer of Russian gas, has been active, too, signing deals with the Democratic Republic of the Congo (DRC), Egypt, and Angola to increase liquefied natural gas (LNG) exports. Italy has also signed an agreement with the Algerian firm Sonatrach to increase the volume of gas imported via the Trans-Mediterranean pipeline that connects the two countries.

While a conflict to the east is the motivation for Europe’s campaign to secure more energy from the south, security concerns and political disputes are also threatening some African hydrocarbon exports—and thus hindering efforts to fill the gap left by the loss of Russian supply. Angola and Nigeria, Africa’s top two oil producers, have been unable to meet their OPEC supply quotas, in part because of vandalism, theft, and corruption. In Libya, where European nations intervened militarily in 2011, a long-running civil conflict has nearly ground oil production to a halt in 2022; production is down over 90 percent from 2021 levels. “Libya is unable, at the present time, to become an alternative to Russian oil for the European Union. Perhaps this will be achieved within five or seven years,” said Libyan Oil Minister Mohamed Aoun.

Another complication is the intensifying diplomatic dispute between Spain and Algeria over the Western Sahara territory. Algeria backs full independence for the territory, whereas Morocco regards it as its own. When Spain sided with Morocco this spring, Algeria suspended its friendship treaty with Spain and later halted payments to and from Spain for everything but gas. So far Algeria has continued to honor gas contracts, but flows through Morocco have stopped and there are fears of an interruption. In recent months the United States has taken over as Spain’s top natural gas supplier.

Europe’s push for energy from the south comes against the backdrop of a tense debate about African countries’ future energy supply. Motivated by their desire to avoid more greenhouse gas emissions, European governments have been cutting off public financing for fossil fuels abroad: France, Germany, Italy, and the United Kingdom were among the signatories of a COP26 pledge to “end new direct public support” for fossil fuels and seek to persuade multilateral development banks to do the same; the European Investment Bank stopped lending to fossil fuel projects at the end of 2021. This stance has irritated some African leaders who feel that European restrictions on fossil fuels could “forestall Africa’s attempt to rise out of poverty,” in the words of Ugandan President Yoweri K. Museveni.

For European leaders who take plentiful energy for granted, it is self-evident that energy security considerations should trump short-term climate commitments. Europe is building new LNG import terminals, drilling for gas in the North Sea in contradiction of previous commitments, and subsidizing energy so that no one has to turn the lights off. But for African political leaders on a continent where 600 million people still live without electricity, it is hard to see why climate concerns should take a backseat in one place but not the other. Oil and gas from Africa may make up less than a fifth of total EU imports, but that trade is vital to African economies: energy products constitute 65 percent of Europe’s total imports from Africa, and more than half of African oil and gas producing countries rely on these exports for over 50 percent of their total export revenues.

There are compelling reasons for both Africans and Europeans to stop financing fossil fuels in Africa, beyond the fact that fossil fuels are driving a deadly climate crisis. For one, many ordinary Africans never see any of the benefits. Nigeria has spent billions and billions exploiting its oil and gas reserves in recent decades, but nearly half of the country still lives without electricity access. Hydrocarbon earnings have been lost to corruption while oil spills by Shell Nigeria and others have destroyed environments and livelihoods.

For another, these investments risk crowding out renewable energy projects that could take advantage of Africa’s bountiful solar resources. Unlike in Europe, some African communities have the opportunity to leapfrog fossil fuels altogether and avoid building soon-to-be-stranded assets or producing goods that will eventually be hit by Europe’s carbon border tax. Investments in African solar power would be more beneficial for both sides, so that countries like Morocco and Algeria have enough electricity to both power their economies and produce green hydrogen to sell to Europeans.

The EU’s experience in trying to replace Russian oil and gas with fuels from Africa shows that fossil fuel trade is never smooth and painless. There are other conflicts that interfere with supply, other fossil-powered dictators. (Indeed, even in a world that ran on renewables, there would be energy dependencies and concerns about the environmental damage of extraction.) One hopes that by 2050, when the EU intends to produce net-zero emissions and Africa is expected to have a quarter of the world’s nearly 10 billion people, both continents will be cleaner—and richer.

Noah J. Gordon is an Associate Fellow with the Europe Program of the Carnegie Endowment for International Peace in Washington (DC).

Theodora Mattei is the Program Coordinator and Research Assistant for the Europe Program at the Carnegie Endowment for International Peace in Washington (DC).