One of Nigeria’s silent energy crises is the lack of access to clean cooking. In many parts of Nigeria, women and girls bear the cost of fetching firewood, a traditional cooking method. They are also responsible for inhaling most of the deadly smoke. Samuel Ajala takes a closer look. 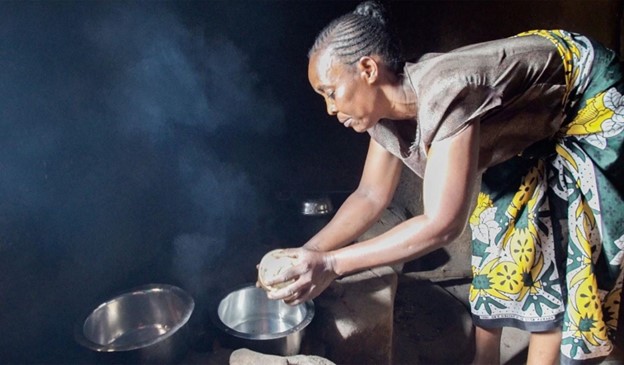 The expensive traditional cooking method burns up to 90% more wood than is necessary. This action costs low-income families money that could be used for better education, health, and nutrition.

According to the National Bureau of Statistics (NBS) survey, 68.3% of all Nigerian households still use solid biomass (firewood and charcoal) for cooking.

Traditional cooking methods contribute to fossil fuel generation and are considered harmful to society. Based on the climate impacts of deforestation and cooking emissions, the World Health Organisation estimates that smoke from the kitchen leads to 93,300 deaths annually in Nigeria. It is also considered a leading cause of death after malaria and HIV/AIDS.

During the COP26 summit in Glasgow, President Buhari pledged that Nigeria would cut its carbon emissions and reach net zero by 2060. He also underlined the crucial role of gas in the country’s clean energy roadmap.

In Nigeria, about 174 million people lack access to the use of liquefied petroleum gas, popularly called cooking gas. The Federal Government said it would distribute 10,000,000 cylinders of petroleum liquefied gas into circulation nationwide to increase access to the commodity.

This initiative is tied to the Sustainable Energy for All Agenda. Alongside 44 other African countries, Nigeria signed on to advance sustainable energy and increase access for all Africans.

Despite the promise of the federal government to put in place measures to ensure that cooking gas becomes affordable, there has been a surge in prices within the past year. 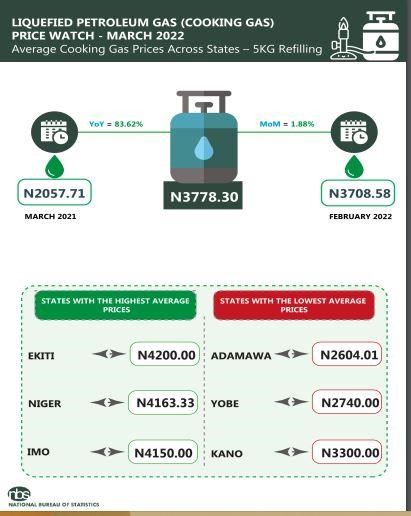 As a result, many Nigerians are beginning to shift to dirty fuels such as sawdust and charcoal as the price of cooking gas, also known as Liquefied Petroleum Gas (LPG), continues to rise.

President of the National Association of Liquified Petroleum Gas Marketers (NALPGAM), Nosa Ogieva-Okunbor, expressed worry that more Nigerians gradually were forced to return to coal, sawdust, kerosene, and other dirty fuels, a situation he said had severe environmental implications.

According to data, 38.2 percent of GHG emissions came from land-use change and forestry. It’s followed by the energy, waste, agriculture, and industrial processes sectors, contributing 32.6 percent, 14.0 percent, 13.0 percent, and 2.1 per cent to GHG emissions.

Transitioning to cleaner energy sources will help Nigeria achieve the emission reductions it committed to in its nationally determined contributions (NDCs) under the Paris Agreement. 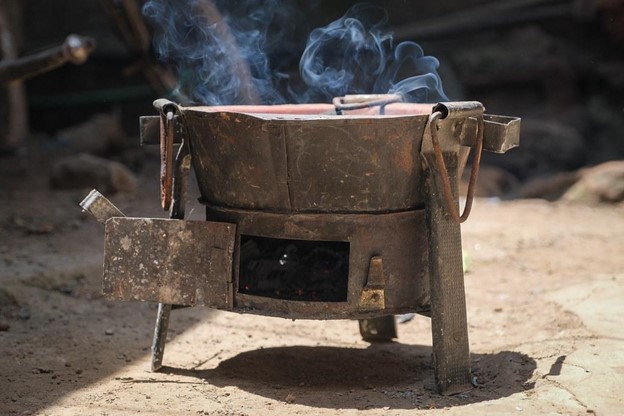 One of the ways to achieve a cleaner source is by switching to clean fuels like LPG or adopting advanced combustion cookstoves that burn biomass more cleanly and efficiently, reducing exposure to such risks.

Musa Aibinu, a Professor of Mechatronics with 25 years of experience, agreed that Nigeria could use clean cooking energy to reduce carbon emissions.

“There is little or less emission. There is a clear distinction between renewable and clean. It may be renewable and not clean. When you say clean, it has to deal with reduction in greenhouse emission or elimination,” the new Vice-Chancellor of Summit University, Offa, said.

However, experts and stakeholders in the clean energy industry have identified various challenges based on cultural beliefs, technology, and the government’s unwillingness to support clean cooking projects as a threat to enhancing clean cooking access in Nigeria.

Musa Aibinu, formerly a professor of mechatronics at the Federal University of Technology Minna, noted the need to look at the available technology, infrastructure, media, and management environment when talking about clean cooking in Nigeria.

He said, “Those technologies cover the poverty level and level of financial inclusion; they allow for that. That is the first major challenge facing clean cooking. Even at that, we have cultural practice. When people cook delicacies with firewood, the aroma taste is far better than that of using a gas cooker.

“It will appear soon that we say when you cook with firewood, you will get another delicacy. They have forgotten about the chemical reaction between the smoke and the food they have prepared. So they don’t think it’s dangerous,” said the Don.

She said value makes rural communities buy power at a more expensive rate than the grid.

“People have not seen value in the use of clean cooking. No one has been able to place a cost on time spent felling trees, the health implications, etc.”

Anya identified Ignorance on the part of all stakeholders involved, from the producer who doesn’t know the right product to design to fit the market to the government, retailer, and consumer as one of the main challenges hindering the adoption of clean cooking.