The apocalyptic film has polarized critics while furthering a global debate on our collective failure to act on the climate emergency. With Hollywood stars like Leonardo DiCaprio, Meryl Streep and Jennifer Lawrence, since it’s release on December 24, it’s become the second-most-watched Netflix original film in the streaming platform’s history. Its popularity demonstrates a widespread hunger for climate-themed media while offering a global warning about trusting U.S. politics. Lead blogger and podcaster, Michael Buchsbaum offers his take. 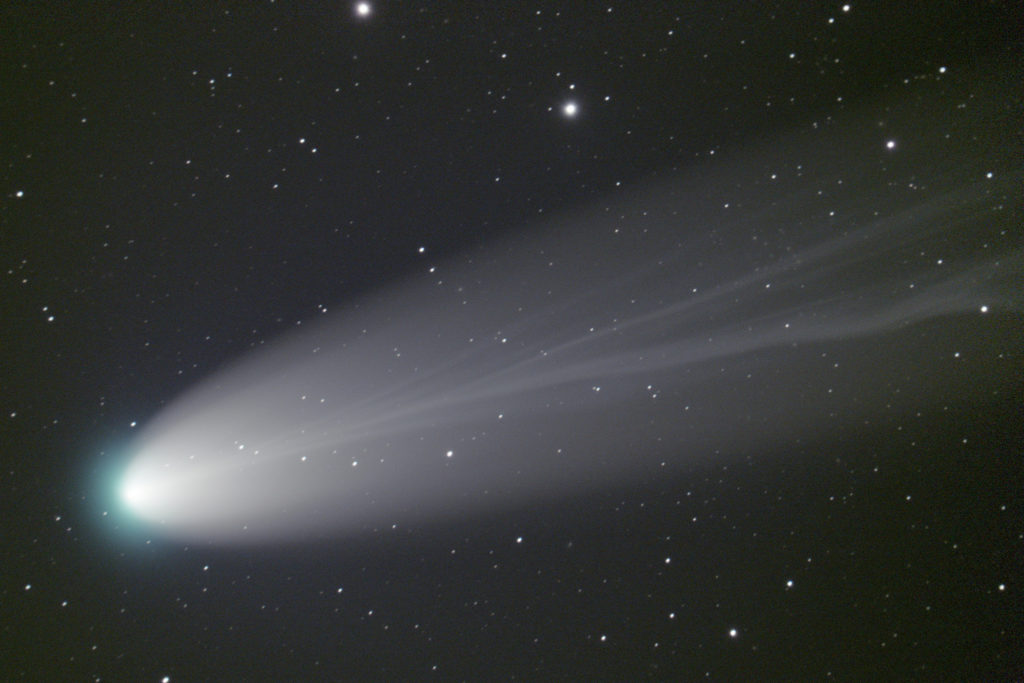 Don’t Look Up started another vital dabate around climate change in the U.S.. (Photo by cafuego, CC BY-SA 2.0)

NOTE: if you haven’t yet seen the film, stop reading, watch it and come back later.

Don’t Look Up’s (DLU) director, Adam McKay is no stranger to using dark comedy to take on controversial subjects. Following a string of commercially successful films with Will Ferrell including the Anchorman series, he changed tacks in 2015 by releasing The Big Short about the global subprime mortgage crisis. He followed this in 2018 with the brilliant bio-pic Vice about former US vice-president Dick Cheney.

Intended from the beginning as a critique of humanity’s flailing response to this existential crisis, for DLU McKay asked veteran journalist David Sirota – a former advisor and speechwriter for US Senator Bernie Sanders who now leads the scoopful Daily Poster outlet, to use his “superpowers of humor and writing” and create a story radically different from anything yet tried by Hollywood.

It’s important to state here that the film is clearly directed towards American audiences, and presumes that the U.S. government, more or less alone, would lead the global response to this collective threat.

Though perhaps unintentional, placing this responsibility into American hands is something of a quiet acknowledgement that since the 1850s, the U.S. has been the worlds’ single largest generator of the greenhouse gases driving global warming. Though now second in emissions behind China, it still leads in oil and gas production.

However DLU’s 9-mile (14.5 km) wide comet heading straight for the Earth, the climate emergency’s stand-in, has no nationality – enabling an elegant sidestepping of blame. Further, by compressing our decades-long devolution into a six-month existential crisis, audiences can better identify with humanity’s reaction to a looming but still preventable catastrophe.

McKay centers his story on the desperate struggles of the two scientists who discover the comet, played by DiCaprio and Lawrence, to break through the media noise, convey the deadly seriousness of the situation and sound the alarm about the need to take immediate and decisive action.

However, the scientists are initially rebuffed by America’s Trump-like President Orlean, played fantastically by Meryl Streep, and then marginalized by both her government and the corporate media.

Depicting this, says Volts’ David Roberts, helps capture a feeling every climate advocate knows: banging your head against a wall and getting nowhere. The scientists embody that “vertiginously weird aspect of understanding climate change: You know this terrible thing is coming and yet…no one’s acting like it. You end up feeling like the ranting guy on the street corner waving a sign about how the end is nigh.”

Or as NASA climate scientist Peter Kalmus wrote in the Guardian, the film “captures the madness I see every day.”

But when her political fortunes shift, Streep’s President Orlean finally acts. With the backing of the scientists, she organizes something of a patriotic “War On the Comet,” directing America’s entire military-industrial complex to blow it up using an arsenal of nuclear-tipped missiles guided by a suicidal space shuttle commander.

This transforms her political standing as the corporate media jingoistically rallies to the cause with a passion reminiscent of the “Shock and Awe” propaganda ahead of America’s 2003 invasion of Iraq.

However, seconds after DiCaprio’s character symbolically launches the comet-killing mission, technocrat Peter Isherwell, “the 3rd richest human who ever lived” and Orlean’s biggest donor, enters the command center and demands an immediate private talk with the president.

With global hopes focused on the “birds” in the air, Orlean unilaterally aborts the mission. Why? Because Isherwell’s company has discovered that the comet is comprised of $140 trillion worth of “rare” earth minerals that he wants to mine instead of destroy.

Placing the world’s fate into Isherwell’s hands, she orders NASA to team with his company, Bash Technologies, and plan a new mission to break the comet into smaller pieces to be guided down to Earth for exploitation.

However as the days goes by, the American public opinion polarizes between those looking forward to the jobs the comet-mining will bring while others refuse to even believe it exists. Separately, activists including the scientists, band together with civic society and other global powers to launch their own comet-destroying mission. All this ends when their spaceships mysteriously blow up on the ground.

With just the Bash project left to prevent oblivion, the profit-driven mission fails and the comet spectacularly destroys our beloved blue marble.

Since it’s release, the film has sparked another vital conversation around climate change, particularly in the U.S. where media coverage of this topic is sorely needed.

A 2019 Berkeley study of network reporting found that the basic facts around it were barely mentioned in the news. When discussed, climate disasters are mostly treated as unavoidable natural disasters. In those rare instances when our behavior is linked to the story, that climate change is exacerbated by the burning of fossil fuels almost never is. More infrequent still are statements that we can and must act dramatically to prevent widespread human suffering.

DiCaprio, one of Hollywood’s most vocal climate activists, leant his own star power to help break this exact message through the real media noise. After a long search to find the right vehicle for his concerns, he sees the film “as an incredibly unique gift” that captures the horror of inaction while still making people laugh and think.

In that sense, as McKay has said, the real villain of the film isn’t the comet but “modern civilization’s reaction to global warming [and the] massive, shifting system of careerism, profitization, politics and leveraged power” that in real life showcases our “profound commitment to cooking ourselves to death.”

As DiCaprio’s character laments near the film’s climax, “If we can’t all agree at the bare minimum that a giant comet the size of Mt. Everest hurtling its way toward planet Earth is not a f-ing good thing, then what the hell happened to us? I mean, my God, how do we even talk to each other? What have we done to ourselves? How do we fix it?”