Poles tend to see the ancient forest of Białowieża as home to extraordinary wildlife. For the climate conscious, the old-growth wilderness that straddles the Polish-Belarus border is a vast carbon sink. Both camps are incensed that the Polish government wants, again, to log the UNESCO World Heritage site. Forests elsewhere in Europe are under threat, too. Paul Hockenos conducted interviews with locals from Białowieża Forest in Poland. 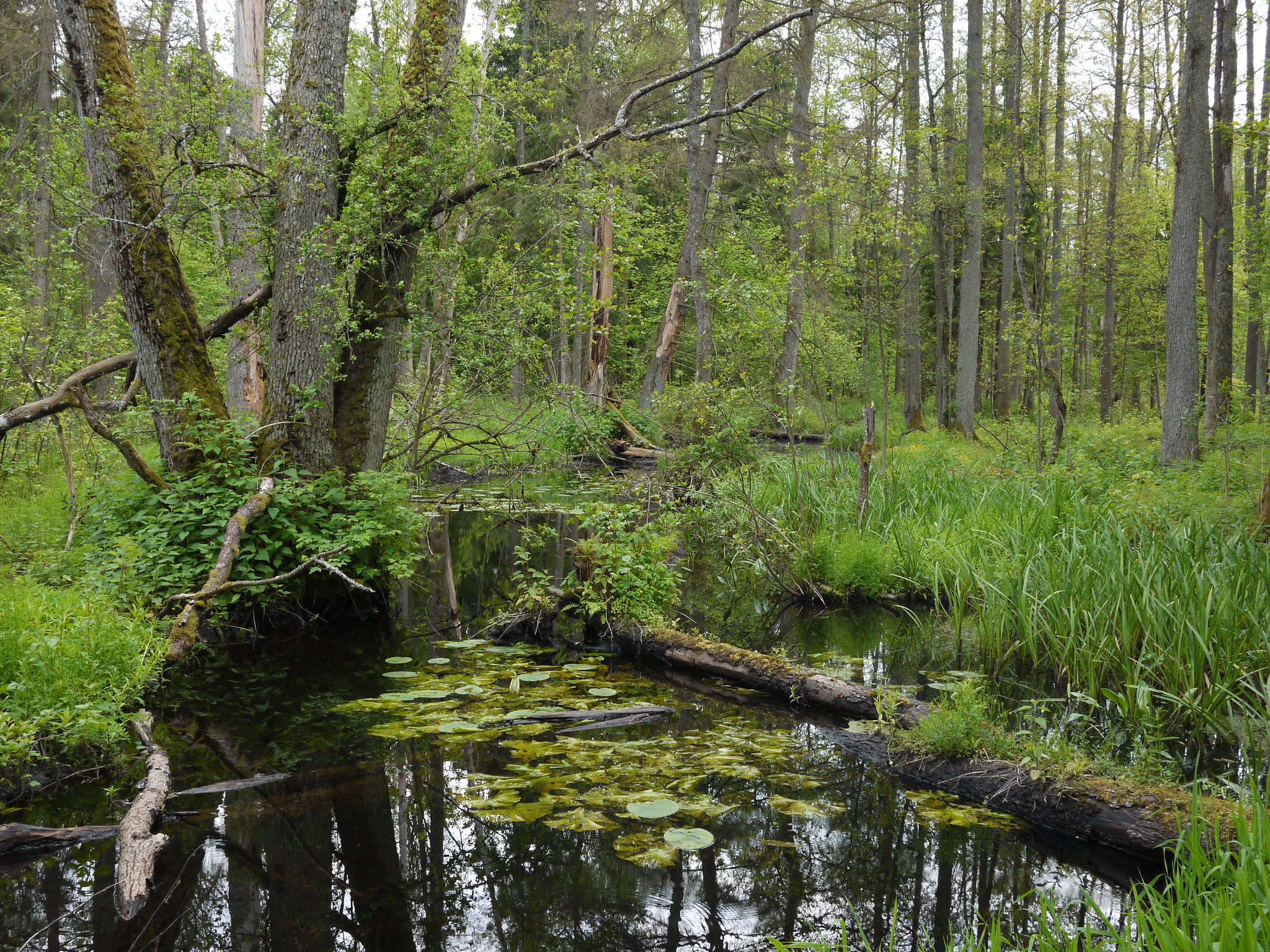 Entering the primeval Białowieża National Park is like stepping into an alien world, with its towering old-growth trees enveloping the hushed forest like a canopy. So strict is its protection, one can’t enter without a guide, who watches like a hawk to ensure no one strays from the path or touches the plant life.

Since April 2018, parts of the Białowieża Forest that lies in eastern Poland have enjoyed special status that forbid human intervention. In a bitter showdown that set the conservative Polish government against environmental activists from Poland and beyond, the European Court of Justice spoke the final word, ruling that Białowieża’s oldest trees are off limits to forest management.

Until this year, that ruling had kept the state forestry service out of Białowieża (something that activists living in Białowieża village have been keeping a close eye on). Experts call it the continent’s best-preserved forest ecosystem, and last low-land deciduous and mixed old-growth forest in Europe. In order to achieve climate neutrality by 2050, the EU sees such conservation efforts as vital for maintaining carbon sequestration capability.  And it is home to Europe’s largest bison population, as well as other wildlife.

For all of the attention on Brazil’s destruction of its rain forest, across Europe deforestation is also happening at an unprecedented pace. The EU came to the rescue of the Białowieża national park for many reasons, certainly one being that between 2010 and 2030 the EU expects to lose about 125m tonnes of carbon sequestration potential from forests. In Poland and Romania, as well as Estonia, Latvia, and Austria, forests are, according to WWF, being  transformed from carbon sinks to carbon sources. Between 2016 and 2018, Europe’s forests suffered mightily as harvested forest area jumped by 49 percent and biomass loss increased 69 percent; the largest losses occurred in the Nordic and Baltic countries, as well as on the Iberian Peninsula. The logging is a result of increased demand for wood as fuel and expansion of timber markets for wood products.

A study published in Nature Magazine revealed that the average patch size of harvested area increased by 34 percent across Europe, compared to 2011-2015. “The increase in the rate of forest harvest,” claimed the study, “is the result of the recent expansion of wood markets, wood-based bioenergy, and international trade.”

Extreme weather, such as record heat waves, Pierre L. Ibisch, a German expert on sustainable development, told Energy Transition, “together with fragmentation, intensive harvesting, and widespread salvage logging, have combined to have devastating effects on many European forests.”

Thus Polish and EU scientists are deeply concerned that the state-run forestry service aims to begin logging soon in parts of the Białowieża Forest not explicitly covered by the EU ruling. In March, the Polish climate and environment ministry signed new quotas for two forestry districts. According to the climate ministry, felling in the two districts would not begin until the breeding season for wild birds in the area had ended and would not affect trees older than 100 years. According to The Guardian, the government says logging is needed to clear paths and protect trees from an infestation of spruce bark beetle.

Environmentalists, however, are taking none of it. Logging will have no virtuous impact on the bark beetle plague, and perhaps even worsen it, they say.

And, although only one of the woodland regions within the larger park is shielded by the EU ruling, Greenpeace Poland argues that the entire forest should be protected. Moreover, the NGO claims the new plans are based on ”an inaccurate and outdated inventory of the forest habitats that significantly underestimates or ignores the existence of the protected species.“ The plans allow logging in natural 100-year-old stands, which the EU ruled out, it claims.

Certainly, at the very least, the new logging strategy violates the spirit of the 2018 court decision, and flies in the face of newly intensified EU biodiversity and climate efforts. Indeed, the forthcoming revision of the EU regulation on the inclusion of greenhouse gas emissions and removals from land use, land use change and forestry (LULUCF) linked to a proposal by the European Commission announced for July is moving in the exact opposite direction.

The conservationists’ 2018 victory in Białowieża Forest – and effective use of the EU court – has fueled other legal challenges to legal and illegal harvesting of timber in European forests. In 2020, the European Commission demanded that Romanian authorities take immediate action to stop illegal logging of old-growth and primary forests in Romania’s protected areas.

In the past, the EU has signaled that its wilds are critical to climate protection – in Białowieża Forest and elsewhere in Europe. It has to make plain that it will continue to do so. If it will help toward this goal, Poland and other countries with precious natural habitats should be compensated financially for preserving them. This is exactly what is happening in Germany: The Bundestag is currently working on a model to reward forest owners for ecosystem services. Bravo.