Lots of people the world over believe that fracking is banned in Germany. This view is shared by climate and environmental activists and promoted as a positive example. But unfortunately it is not quite true. Although Germany likes to be seen by the international community as a model of green and climate-friendly behaviour, it does in fact explicitly permit fracking in some cases. Furthermore, there is a risk that the restrictions that do exist could be eased or even lifted completely as early as next year. Andy Gheorghiu, an independent campaigner and consultant for climate and environmental protection, explains. 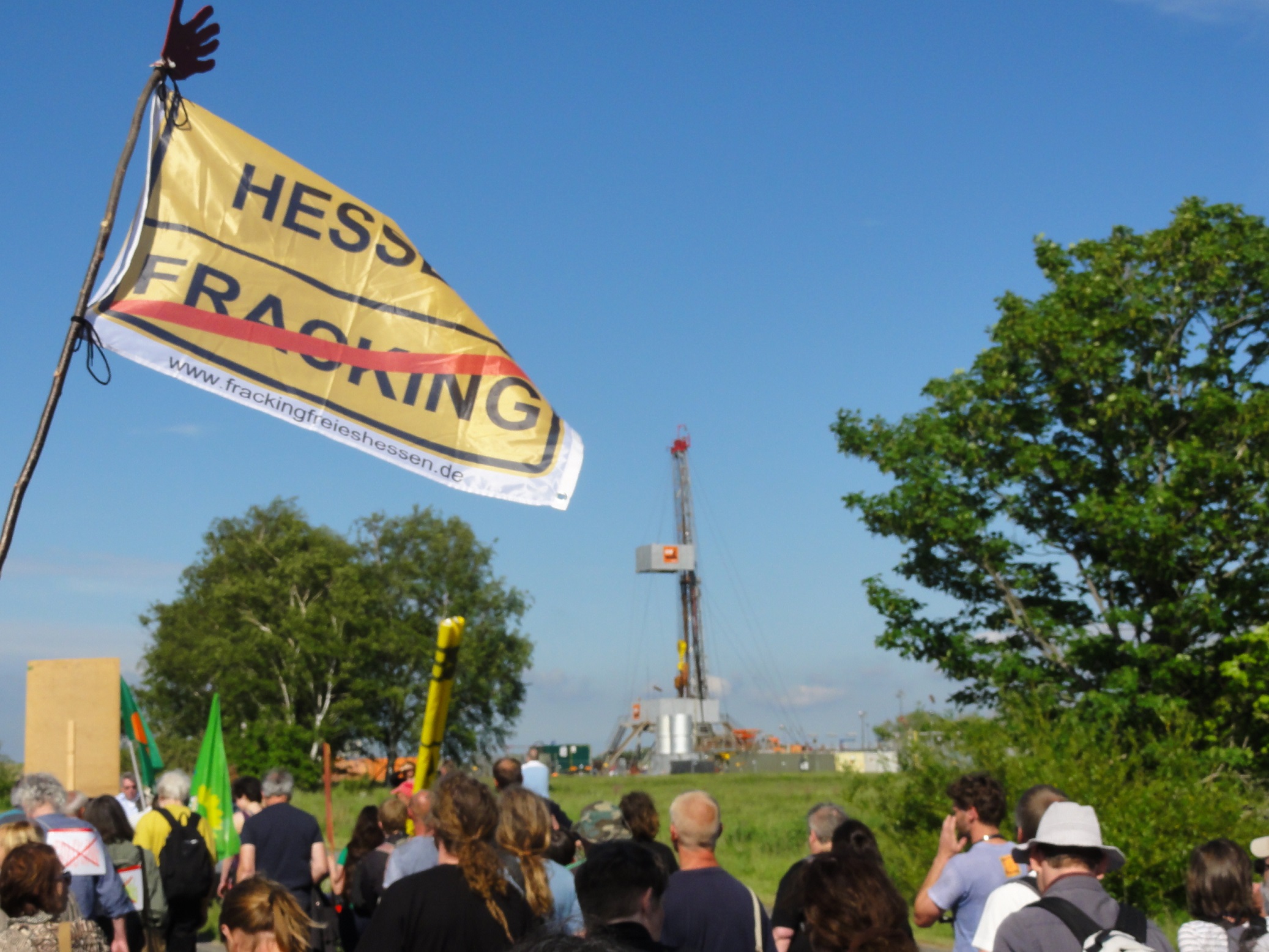 An anti-fracking campaign in Germany

In June 2016, following lengthy negotiations and considerable resistance from the public, the German parliament – the Bundestag – agreed a “fracking package” of three laws and three ordinances designed to regulate fracking in Germany and in particular to protect drinking water and groundwater. The then Federal Environment Minister, Barbara Hendricks, even celebrated the agreement of the two main parties, the SPD and CDU, as a “permanent ban on ‘unconventional’ fracking”.

So the question here is: how does the current legal framework in Germany work and how much fracking is actually banned?

This is intended to suggest to the general public that there is a difference between “good” and “bad” fracking. Yet the artificial terms “conventional fracking” and “unconventional fracking” arise solely from the dubious attempt – undertaken only by Germany – to label sites containing tight gas (natural gas trapped in sandstone) as conventional sites.

This is despite the fact that, ever since the start of the debate, even ExxonMobil, the Federal Institute for Geosciences and Natural Resources (BGR), the European Parliamentary Research Service and many others had defined tight gas sites as unconventional sites and continue to do so.

The key factor leading to the introduction of the made-up term “conventional fracking” was the artificial maintenance of declining oil and natural gas production in Lower Saxony, the “Texas” of Germany. According to the German-language annual report Crude Oil and Natural Gas in Germany 2019, domestic oil production now covers “scarcely two percent of consumption”, while natural gas production “fell sharply” and now accounts for just six percent of the gas used in Germany.

According to a report published by Germany’s Federal Environment Agency (UBA) in 2014, tapping the country’s estimated shale gas potential would require 48,000 drillings over an area of 9,300 square kilometres.

The problem is that only after comprehensive fracking of the regions concerned would it really become apparent how much could be extracted. In addition, the enormous amounts of water involved would lead to competition with irrigation and agricultural water consumption.

The Federal Environment Agency states: “In some regions of Lower Saxony, the water consumption of unconventional gas production (both shale gas and tight gas production) exceeds the water requirement for agricultural irrigation – which is already widely regarded as critical – so significantly that a high probability of usage conflicts between natural gas extraction and agriculture must be postulated at this point. This is especially the case because – with advancing climate change and increasingly drier summers – the need for agricultural irrigation in regions that are currently not particularly at risk of drought will increase.”

Expert commission and gaps in the legal framework

Although the many risks and harms of fracking have now been documented in detail, the German government has nevertheless decided to close the alleged “existing knowledge gaps in relation to unconventional fracking.”

To this end, up to four exploratory trials in shale, argillite, marlstone or coal seams are permitted. To ensure scientific monitoring, the German government has also decided to set up an expert commission on fracking. As yet, though, Lower Saxony and North-Rhine/Westphalia – the only German states where trial drillings in shale layers for research purposes would be feasible – have firmly rejected these projects for reasons of public pressure.

On 30 June each year the commission is required to provide the Bundestag with a report on the impacts of fracking techniques on the environment and especially on the effects on the bedrock and the hydrological regime. The Bundestag is due to review the appropriateness of the ban on fracking “on the basis of the then available state of science and technology”  as soon as next year.

However, it is clear from the draft of the 2020 report that has been submitted that the “expert commission” is ignoring key points and relying on outdated sources of information. It not only adopts the dubious artificial term “conventional fracking” without reflecting on it but also fails to comment on the other significant gaps in the present legal framework.

Several years ago, in 2016, environmental organisations commented on the package of fracking regulations, pointing out, among other things, that the wording of the present legal framework enables fracking to take place immediately adjacent to and below nature conservation areas; this includes injection with flowback of toxic process fluids. With the envisaged production of tight gas/oil, fracking – and the injection of fracking fluid flowback – could potentially even take place within supposedly protected Natura 2000 sites. Buffer zones around the sensitive sites have not been defined. Other sensitive areas are not mentioned.

A particular problem is the fact that the expert commission uses a completely outdated factor for calculating the CO2 equivalents of methane. According to up-to-date figures published by the Intergovernmental Panel on Climate Change (IPCC), the global warming impact of natural gas is up to 87 times stronger than that of CO2 in the first 20 years and up to 36 times stronger in the first 100 years. But in its draft report the expert commission continues to use the outdated factor of 25 to calculate the CO2 equivalents of methane emissions – which, moreover, are merely estimated values supplied by the industry. This disguises the significantly negative climate impact of natural gas.

The fact is that when the methane leaks that arise during extraction, transport and storage are considered alongside the CO2 emissions from combustion, the climate footprint of natural gas – especially of fracked natural gas – is as bad as that of coal. According to a recent study by Prof. Robert Howarth of Cornell University in the USA, production of shale gas and oil is responsible for around 33 percent of the global increase in methane emissions and is thus a major driver of global warming.

The draft report also fails to mention the various assessments of fracking produced by international institutions. In October 2018 the UN Committee on Economic, Social and Cultural Rights (CESCR) issued an official warning on the fracking of shale gas in Argentina. In its concluding observations it states that: “The Committee is concerned that this hydraulic fracturing plan runs counter to the State party’s commitments under the Paris Agreement and would have a negative impact on global warming and on the enjoyment of economic and social rights by the world’s population and future generations.”

In March 2019 the UN Committee on the Elimination of Discrimination against Women (CEDAW) recommended that the British government “consider introducing a comprehensive and complete ban on fracking” in order to protect the rights of rural women in England.

As long as these significant aspects are not addressed or are even depicted incorrectly, the expert commission’s report cannot serve as a robust basis for a decision by the German Bundestag on the legal framework for fracking.

What is needed instead is a clear recommendation for a complete and not time-limited ban on fracking in Germany. There is therefore still some work to be done before 2021. And even if it is going to be hard work for a bit longer, the future will thank us for it.

Andy Gheorghiu is an independent campaigner and consultant for climate and environmental protection.