According to electoral forecasts, one in ten Europeans may vote far right in the upcoming European Parliament elections. Right-wing parties pose a potential threat to the achievement of sustainable climate and energy goals of the European Union. Kathrin Meyer and Silvia Weko ask about the possible impacts of larger parliamentary far right-wing groups for the future path of the EU.

A majority of Parliament could soon vote against climate and energy policies (Photo by: Diliff; CC BY-SA 3.0)

For several weeks, the streets in Europe have been filled with posters for the forthcoming elections of the European Parliament. More than 400 million EU citizens will be able to vote for a new direction of the Parliament between May 23rd and 26th.

The Parliament exercises legislative power together with the European Commission and the Council of the European Union.  It also distributes EU funds and can even force the Commission to resign.

So far, the European Parliament has been an ambitious advocate of strong EU climate and energy policies. But the current path towards sustainability could soon be history if the latest election forecasts become Europe’s new reality. Far right parties are more likely to gain power; and if the EP swings right, it can decide to reject of laws and influence legislation that protect the climate. 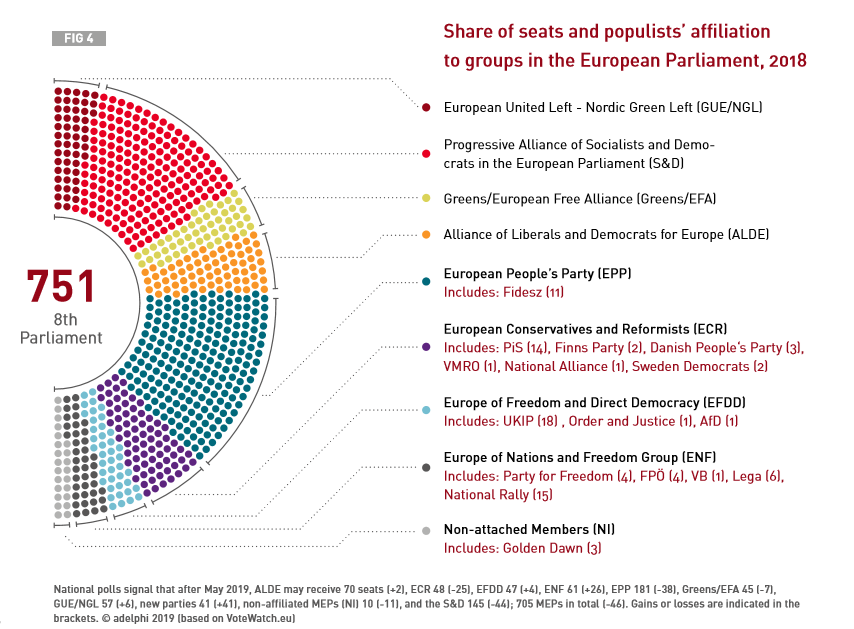 Right-wing parties in the European parliament today have been active in the European Conservatives and Reformists (ECR), Europe of Freedom and Direct Democracy (EFDD) and Europe of Nations and Freedom Group (ENF), which represented a minority in the European Parliament in the recent years. A new study from Adelphi shows that these right-wing parties tend to vote against climate and sustainable energy policies: from 2009 to 2014, 48% of the votes against such policies were cast by right-wing parties. For example, in a vote for the reduction of heavy CO2 emissions from vehicles, 77% of dissenting votes were from the right wing spectrum. Furthermore, 61% of the total votes against a law that promoted renewable energy were right-wing. 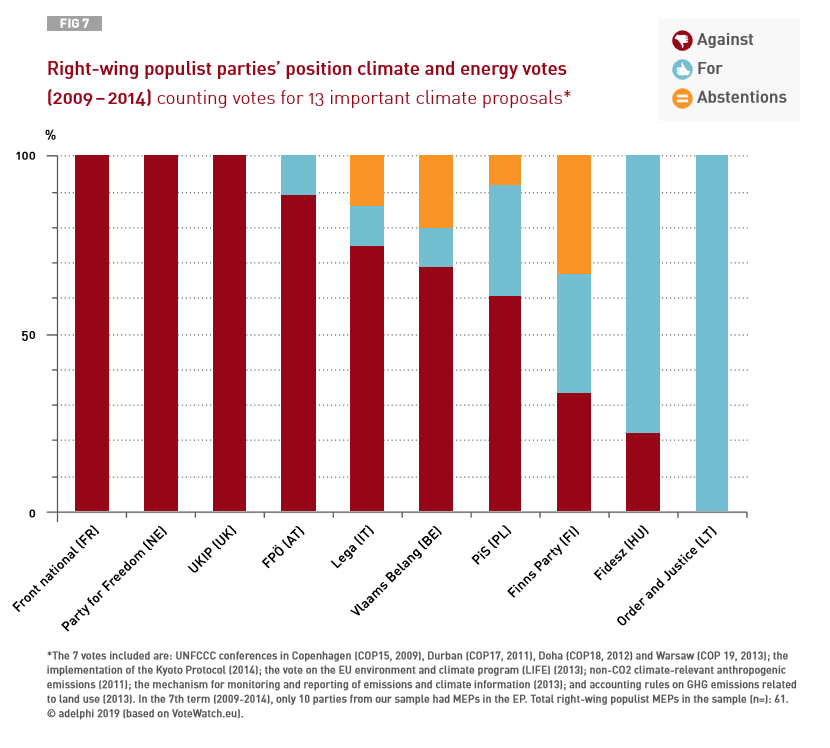 Climate deniers are gaining support in the EU

These numbers do not come as a surprise if you think about the sudden rise in right wing populism in the EU and the political agendas of these parties.

For example: the Alternative for Germany (AfD), which has 91 seats in the German parliament, is the first party to deny that climate change exists in the country. In the current EP campaign, the party canvasses with the headline: “Is Brussels still sane? Save Diesel!“ (In German: „Geht’s noch, Brüssel? Diesel retten!”)

These beliefs seem to be in good company within the election list of the European parliament. There are climate sceptics in the Freedom Party of Austria (FPÖ), Danish People’s Party (DF), Conservative People’s Party of Estonia (EKRE), United Kingdom Independence Party (UKIP), the Dutch Party for Freedom (PW) and the Sweden Democrats (SD). 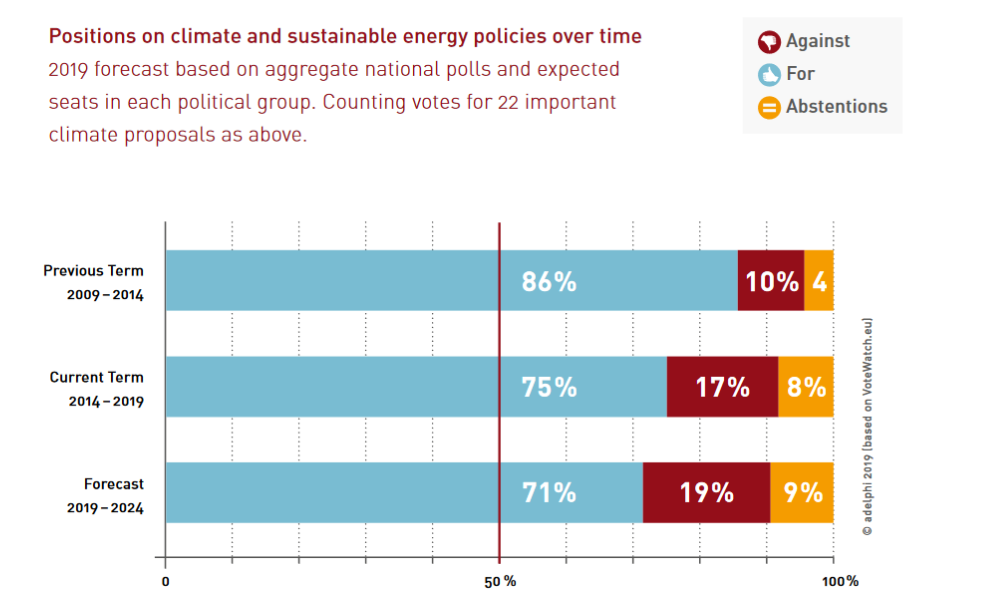 Adelphi’s study reveals that seven out of 21 electoral listed right-wing parties question man-made climate change. Even if UKIP is excluded after a potential Brexit, six parties with such convictions would stay within the Parliament. In addition, eleven parties of this party family remain silent or hold contradictory positions towards the scientific consensus on man-made climate change. The only exceptions are the Hungarian party Fidesz and the extreme right Latvian National Alliance, which have recognised it.

The outsized impact of climate deniers in politics

So why do right-wing politicians deny that climate change exists? And why do people listen to them?

Climate change denial is linked to a concerted campaign by fossil fuel interests to suppress and discredit information that would be bad for business. Not surprisingly, politicians who deny that climate change exists are often those with ties to such businesses.

Studies have shown that when faced with a complex issue (like climate change) people often look to elites to make up their minds. For example, Americans who are barraged with the message that climate change is a hoax from Fox News believe it – only about 12 percent of Fox’s viewers believe in climate change. And sociological studies have found that cues from political elites like speeches and interviews resulted in shifts in public opinion.

So of course, the European election is important because of how policies could change. But we should also be worried about climate deniers gaining more representation on the global stage. People who might feel ambivalent about climate change right now can be influenced by loud voices in the EP. The bigger the platform for climate deniers, the more likely that climate denial overall will increase throughout the EU.

With the rise of right-wing parties, we can expect a much slower energy transition. The European Union’s ability to act as a corrective of climate-damaging policies will be impeded. And with a European stage, politicians from right-wing parties could convince more people that climate change is a hoax invented by the Chinese.

Next week’s elections are a referendum on Europe’s future, and that includes whether or not it will reach its climate targets. We’ll be writing more about European climate policy this week, so keep checking the blog for topics like EU carbon taxes, the plan for natural gas, and more.