There are an estimated 500 million people in sub-Saharan Africa who may remain without electricity by 2040. Could solar be the key to electrifying the region? Only if investors embrace the change, explain Akinyi Ochieng and Fadekemi Abiru. 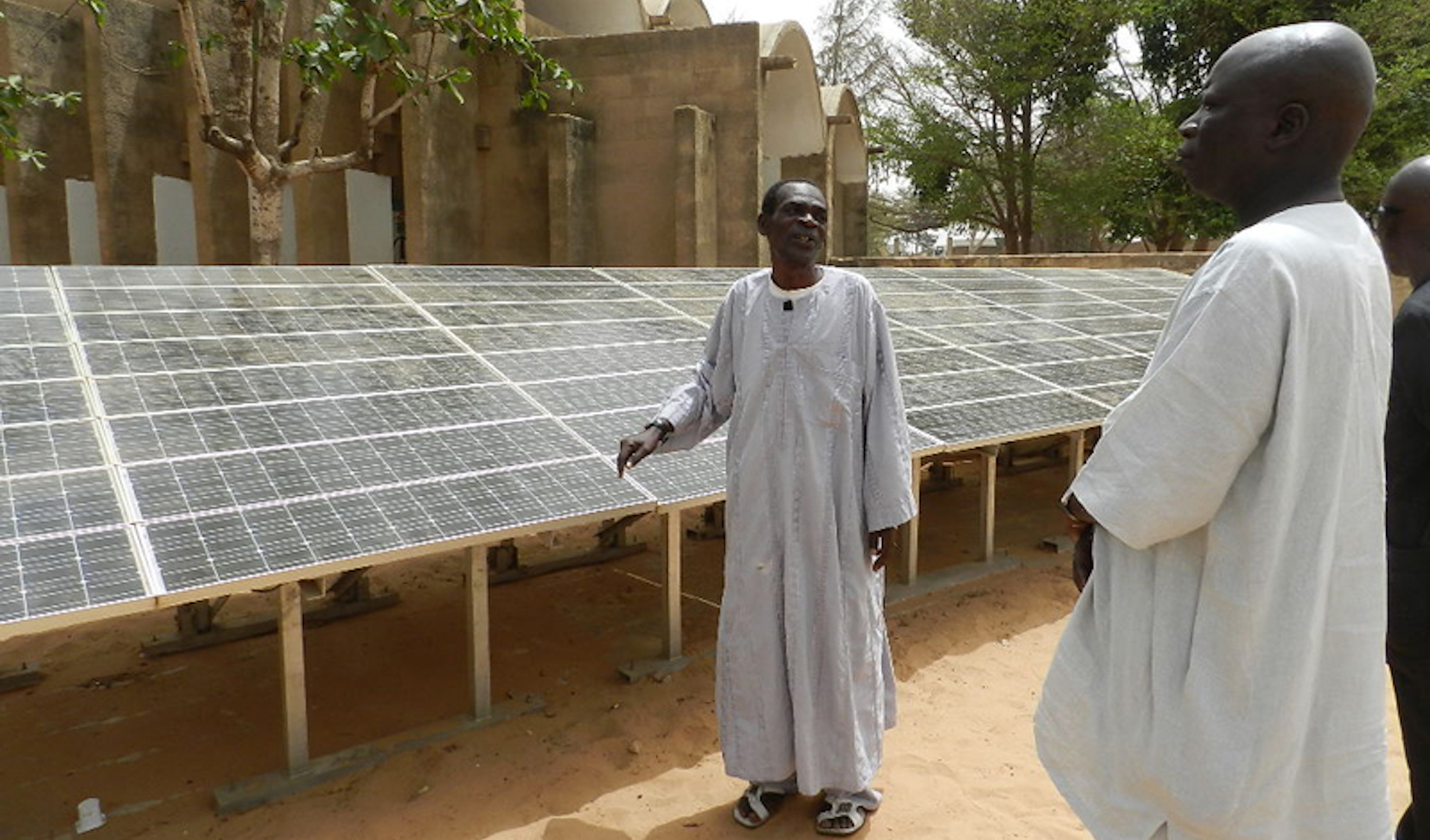 Life without electricity can be dangerous and difficult. While Scranton, Pennsylvania earned the moniker “Electric City” in 1880, 90% of rural Americans still lacked power by the 1940s. When the wealthiest nation is just a few decades removed from full electrification, does this make electrifying Africa, where nearly 600 million live without it, the world’s most urgent yet daunting developmental challenge?

Based on current trends, the World Bank predicts that even by 2040 over half a billion people in Sub-Saharan Africa will still lack electricity. Although energy use across sub-Saharan Africa has risen by 45% since 2000, supply has not kept pace with demand. However, the emerging potential of cost-competitive solar solutions may soon propel Africa into a bright future. Across the continent, entrepreneurs have driven the growth of the world’s most attractive green energy market by developing ambitious off-grid and utility-scale solar projects.

Africa has emerged as a hotbed for solar investment. In the last three years, solar has been one of the most popular sectors for development institutions and private sector investors targeting areas with significant potential for social and economic returns. In October, M-KOPA, one of East Africa’s leading pay-as-you-go energy providers, secured a total of US$80 million to finance solar installations in one million homes over the next three years. In 2016, Lumos raised $90 million from private equity investors and development banks to expand more pay-as-you-go solar power systems in Nigeria. Earlier that same year, BBOXX Ltd. raised $20 million in equity in August, while d.light Energy Pvt Ltd. followed soon after, raising $15 million in September 2016. The mix of players at the table as well as the scale of financing is a testament to the confidence that off-grid solar is more than just the darling of impact investors.

The booming renewables market has been concentrated in East and Southern Africa due to non-oil dependent economies, attractive energy promotion policies as well as robust legal frameworks. Renewable electricity in East Africa makes up 65% of the region’s total installed, grid-connected power generating capacity — significantly higher than other regions of Africa.

In Kenya, East Africa’s economic engine, the government has taken serious steps to transform the country’s energy landscape. In 2015, the Ministry of Energy signed a $2.2 billion deal with SkyPower to develop solar assembly plants in Kenya over the next five years. Kenya’s Rural Electrification Authority is currently constructing East Africa’s largest solar power plant in Garissa, with a capacity of 55MW aimed at supplying power to 625,000 homes.

Further south, Zambia, one of the largest global suppliers of copper for the clean energy sector, is also emerging as a pioneer in African renewable energy. Although the Southern African nation has traditionally relied on hydropower, it is increasingly investing more in solar and wind power. Last year, the country awarded contracts for the development of 45MW and 28MW solar PV plants.

Businesses in West Africa pay more for power than those in other parts of the continent and across the world. In Nigeria, for example, businesses are often dependent on generators, leading to energy costs as high as 30 cents/kWh. Compare this to Rwanda, where the price is nearly 40% less.

However, West African countries have made progress recently by initiating policy reforms and signing power purchasing agreements for renewables that may soon make sky-high, crippling electricity costs a relic of the past. In 2016, Senegal broke ground on the 20MW Senergy2 project, which will provide 160,000 people with clean electricity. In Ghana, the government relaunched its solar program, which involves a mix of laws to improve the competitiveness of the bidding process for solar projects, as well as a rooftop solar program with a maximum solar generation capacity of 500MW.

While West African governments are dedicating significant resources to accelerating electrification, a growing number of start-ups are playing a significant role in bridging the gap, particularly for those with inconsistent power access. Oolu, a Y-Combinator backed Senegalese solar company, recently completed a $3.2 million round of private equity investment. In Nigeria, Rensource, a start-up pioneering “power-as-a-service” in urban and peri-urban Nigeria, was recently selected as a part of the inaugural World Bank XL Africa Accelerator.

The increasing scale of investment in the African solar industry is promising, especially as oil prices drop and droughts lead to uncertainty around hydropower. Africa’s high levels of sun radiation and falling prices of solar panels mean that solar may soon be the region’s most reliable — and cheapest — source of renewable energy. To finance more of these capital-intensive projects off the ground, more diverse investors must be brought to the table. To help provide electricity to the estimated 500 million people in sub-Saharan Africa who may still be without it by 2040, we need these influential investors to embrace the change and give solar a bright future.

This article has been reposted from the Beam.