Reliable solar-powered refrigerators are creating economic opportunities for remote, rural towns in Fiji. Something as cheap and easy as solar panels and batteries can change people’s lives, the IRENA newsroom reports. 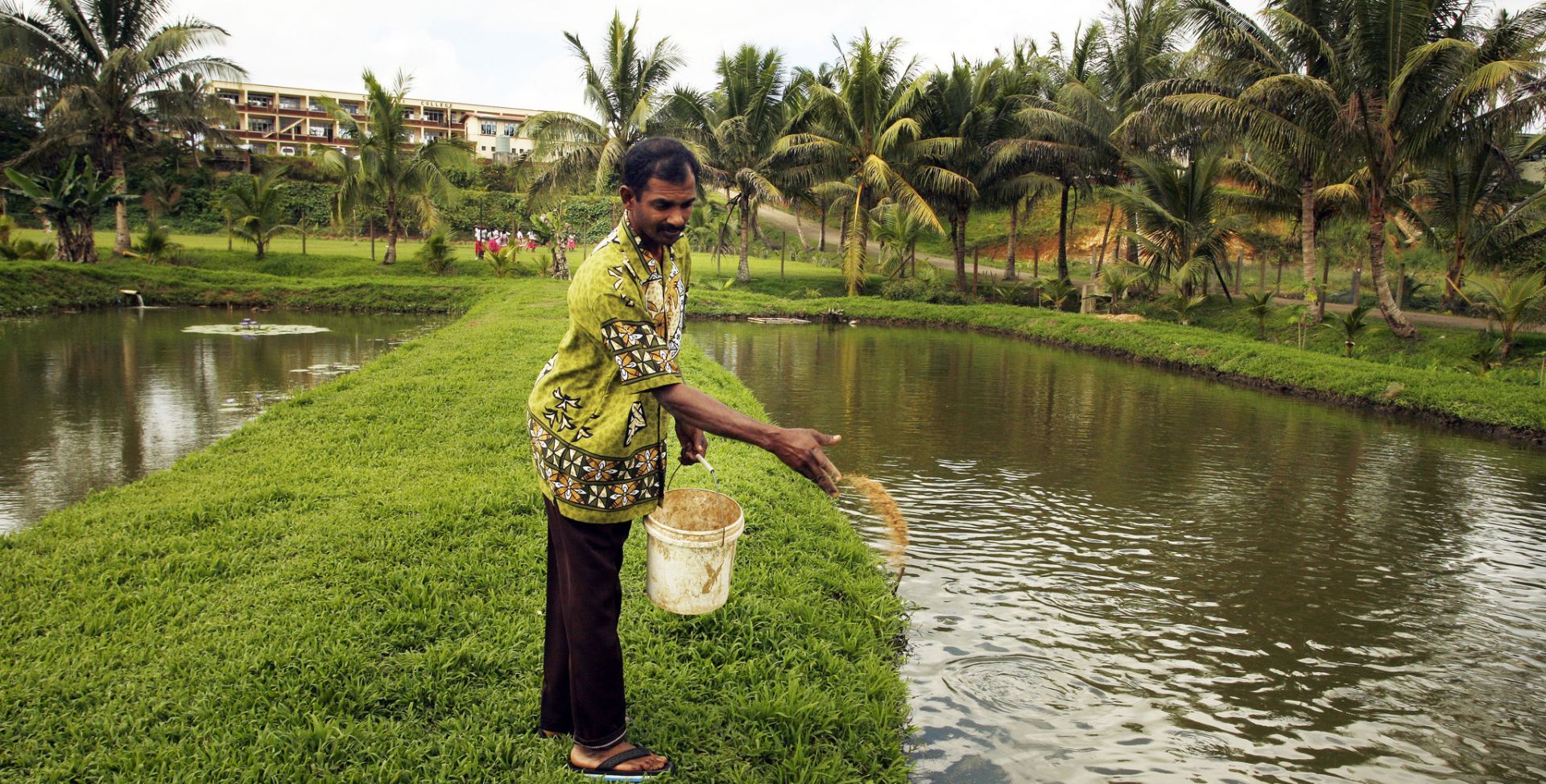 Costal livelihoods depend on fish – and being able to freeze it changes everything. (Photo by AusAID, CC BY 2.0)

In Wainika, a remote village north of Vanua Lavu, Fiji’s second largest island, villagers depend on fishing for their livelihoods. However, the nearest market to trade fish is a laborious two-hour drive and a 45-minute boat ride away. Keeping their fish fresh, without refrigeration, during this journey used to be impossible for Wainika’s villagers, until a renewable-powered solution presented itself.

The installation of a standalone hybrid solar photovoltaic (PV) refrigeration system has drastically changed the economic prospects of the village. Installed at the village community hall, the system enables villagers to chill their fish in preparation for the journey to the market, and helps power lighting and phone charging outlets.  A backup diesel generator ensures the operation of the freezers during long cloudy periods.

Ravasua’s records show that between December 2015 and February 2016 Wainika’s freezers stored approximately two tonnes of fish.  In addition, the community no longer has to purchase ice or smoke the fish in order to preserve them. In other words, the system earns back around USD 12,500 per year using a system which cost around USD 14,000.  An additional benefit is that the system can also be used for other functions such as phone recharging services.

The Wainika hybrid system comprises 1.4 killowatt PV modules coupled with a 2,500 watt diesel generator and battery storage to power three energy-efficient freezers. Since the inception of Wainika’s solar-powered fridge project in December 2015, four more systems have been installed on the islands of Yanuca, Tavuki (Kadavu), Mali and Kia.

“With the fridges, we’ve been able to expand our range of merchandise and now sell ice creams and ice candies — a novelty for the village kids and elders alike,” says Epeli Boteanakadavu, Tavuki’s solar refrigeration caretaker. “We’re now looking to form a committee to look after the funds generated from these sales and those from fish storage.”

According to IRENA’s Renewables Readiness Assessment (RRA) of Fiji, the archipelago, like other Pacific Island countries, depends heavily on imported petroleum-based fuels. “The fluctuation of global oil supply affects not only energy security, but also energy prices,” says IRENA’s Programme Officer Francisco Gafaro. “Scaling up non-hydro renewables like solar can diversify Fiji’s energy mix and improve energy security. Existing mini-grids on the islands could be made more sustainable through the hybridisation of solar PV systems with battery storage.”

Moreover, renewables go further than access, according to Inia Seruiratu, Fiji’s Minister for Agriculture, Rural and Maritime Development and National Disaster Management, and this year’s Climate Champion at COP23, “Fiji has tremendous renewable energy potential, and our strong commitment to renewables goes beyond improving energy access. Renewables feature prominently in Fiji’s NDCs and are planned to spur economic growth across various sectors and to improve livelihood.”

Dr Atul Raturi, a professor at the University of South Pacific and lead in the Wainika project, began Fiji’s solar-refrigeration projects with the assistance of the French embassy in Suva. Leading a team of students, Dr Raturi began by first surveying the needs of local communities and identifying effective ways to improve livelihoods and generate new sources of income with better energy access.

“Fiji is making considerable headway towards its target of 100% renewables-based electricity by 2030,” he continues. “We want to show the promise of the sustainable development goals and how SDG 7 (affordable and clean energy) can support many other goals. Energy should be used for productive use.”

According to IRENA, in 2014 Fiji generated 55% of its electricity from renewables and had the lowest oil dependency and electricity tariff among all Pacific Island states. The government of Fiji is strongly committed to the global effort to address climate change, and is the organising country of COP23 — the United Nation’s annual climate conference. In Fiji’s Nationally Determined Contribution — a pledge to reduce carbon dioxide emissions as part of the Paris Agreement —  the country has set an ambitious target to increase its share of renewable electricity generation to 100% by 2030.

At the request of Fiji’s government, IRENA is conducting a grid integration study to provide national authorities with the technical background to design and put in place a sound policy framework for facilitating the deployment of more solar PV. Resources from Norwegian Voluntary Contributions to the SIDS Lighthouses Initiative is supporting this work.

This article has been republished from the IRENA Newsroom.