The short answer is no, which is worrying in light of the numerous reports to the contrary. Still, what happened should not be underestimated either: the German states—including ones with giant carmakers—have asked the EU for help in phasing out cars running on fossil fuels… well, sort of. What’s needed is options, as Craig Morris explains.

One good example, but by no means the only one, of an exaggeration about Germany is found in a tweet by Jill Stein, the US Green Party’s candidate for the presidency.

Germany is a role model for clean renewable energy. They just decided to phase out fossil fuel burning cars by 2030. #GreenTownHall

A number of things need to be cleared up here. First, stop talking about “clean energy.” As long as there is no consensus about whether it includes nuclear and carbon capture & storage, the term is meaningless. The Germans talk about renewables; I’m not used to hearing “saubere Energie” in German outside of texts about the US debate.

Second, Germany is an awful example to follow when it comes to the car sector. And finally, the Germans most certainly did not just decide to ban sales of gas and diesel cars by 2030. Rather, the Bundesrat—the house of parliament that represents the rights of Germany’s 16 states—asked the European Commission to ensure that only zero-emission cars are sold in the entire EU starting in 2030. Clean Energy Wire, the news service arm of think tank Agora Energiewende, produced an excellent overview of the Bundesrat’s resolution if you want more details (or a link to the German original).

The resolution has no legal force (it’s basically just a position paper), but it does put pressure on Berlin even as the German states specify what the federal government does and does not get to decide. Pollution from cars is a local matter, and the country’s federal Transport Minister has stated that local governments can best decide how to deal with it.

Encouragingly, even state governments with major car companies are behind the resolution, though the first ones have already relativized their commitment. For instance, the Minister President of Bavaria (home to BMW) was quick to announce that he “does not intended to chop at the roots of a key industry” (in German). Even the Green Minister President of Baden-Württemberg (home to Mercedes and Porsche) immediately clarified his opposition to banning the sale of gas and diesel cars by 2030 (in German). And Transport Minister Dobrindt says he does not wish to have “environmental policy based on prohibitions.”

Indeed, taking diesel and gasoline cars off the market does not in itself give consumers any options. So why not focus on providing some?

Go back to around 1930, when Germany began building its autobahns, and we see massive infrastructure investments at a time when few cars were on the roads. In 1930, there were only around 300,000 cars in Germany (source in German); today, there are some 44 million. The first autobahns were fairly empty. Instead of (or along with) a ban on conventional cars, we therefore need massive upfront investments in charging stations.

A German highway in the late 1930s. In most countries, highways were built first so that people would buy cars. If we want electric cars, we need to provide infrastructure for them first as well. (Photo by the Deutsches Bundesarchiv, CC BY-SA 3.0)

But here’s the best part: the resolution does not stop with a focus on electric vehicles. It also calls for the electrification of public transportation and adds that state governments need some ideas about how to finance bike paths, for which there is no clear business case, as I have previously pointed out. Here, we see that local governments often have a better understanding of issues than federal governments do.

But not everyone is convinced. The libertarian Free Democrats (FDP), who were voted out of Parliament in 2013, are trying to get back in with a campaign representing the interests of car lovers. In the ad below, the party head says, “Those who think of cars merely in terms of mobility and economic growth overlook their cultural importance.” 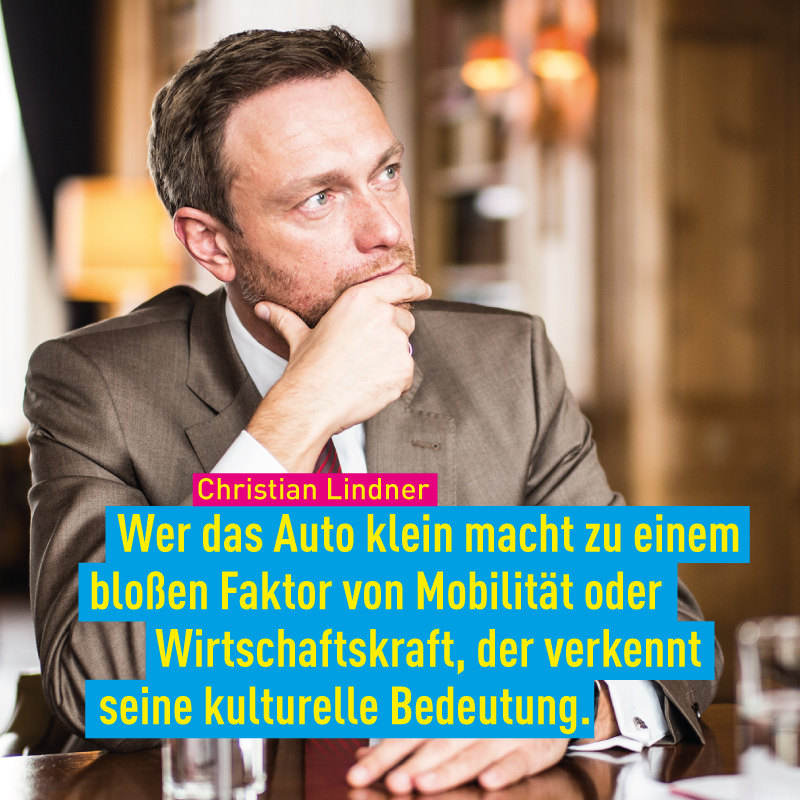 Increasingly fewer people (even in Germany) feel this way; young people in particular are happy to move around in whatever way is cheap and convenient. Cars are losing their impact as status symbols. Maybe it’s time to identify with different technologies. The graphic below reads: “Those who think of wind turbines merely in terms of power production overlook their cultural importance.” 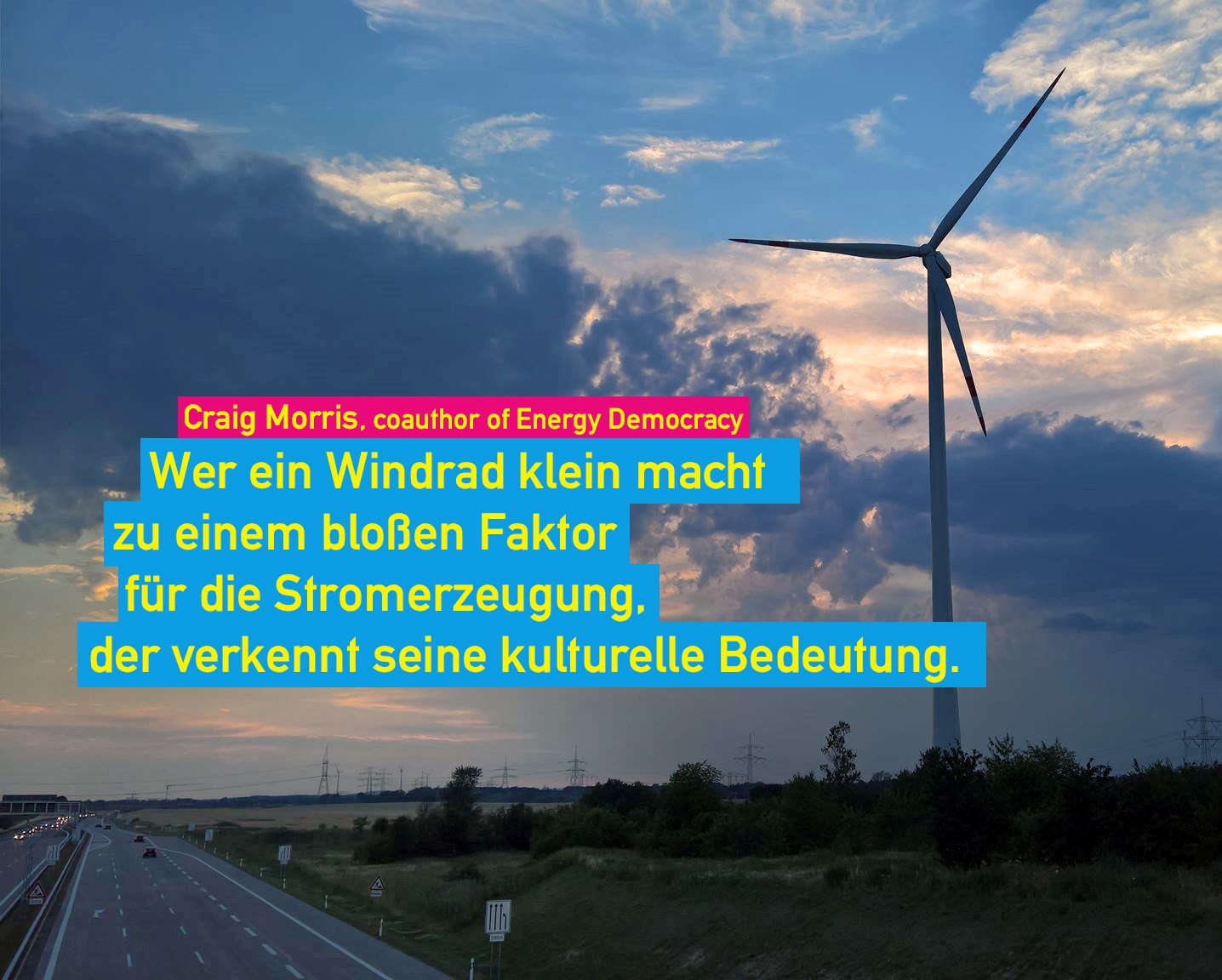