One of the conundrums in Germany is that more than 90 percent of the public generally supports the Energiewende in most polls. 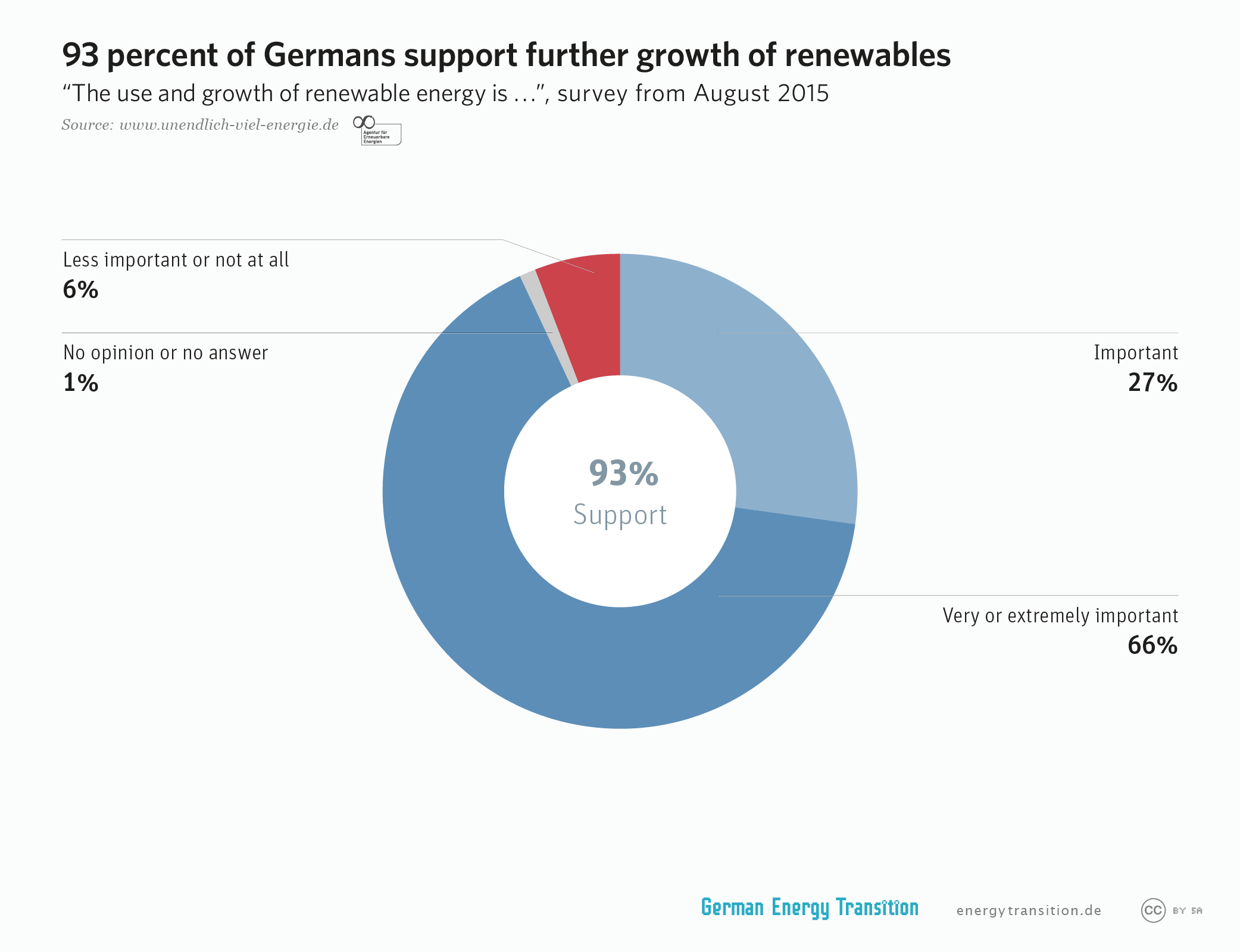 Yet only 22 percent of households (report in German) had switched to a provider of 100 percent green electricity, although they have all been able to for a decade and a half. Even worse, the news this month was that the number of households getting 100% green power fell by more than 10 percent from 2013 to 4.4 million in 2015. We will save the investigation into why that might be for a later post. Today, let’s investigate the breakdown of power consumption in Germany by consumer group.

Germany now has roughly a third renewable electricity and will probably just barely fall short of the 2020 target of 35 percent renewable power as a share of demand this year. But as the chart below shows, households make up only a quarter of German electricity in total. 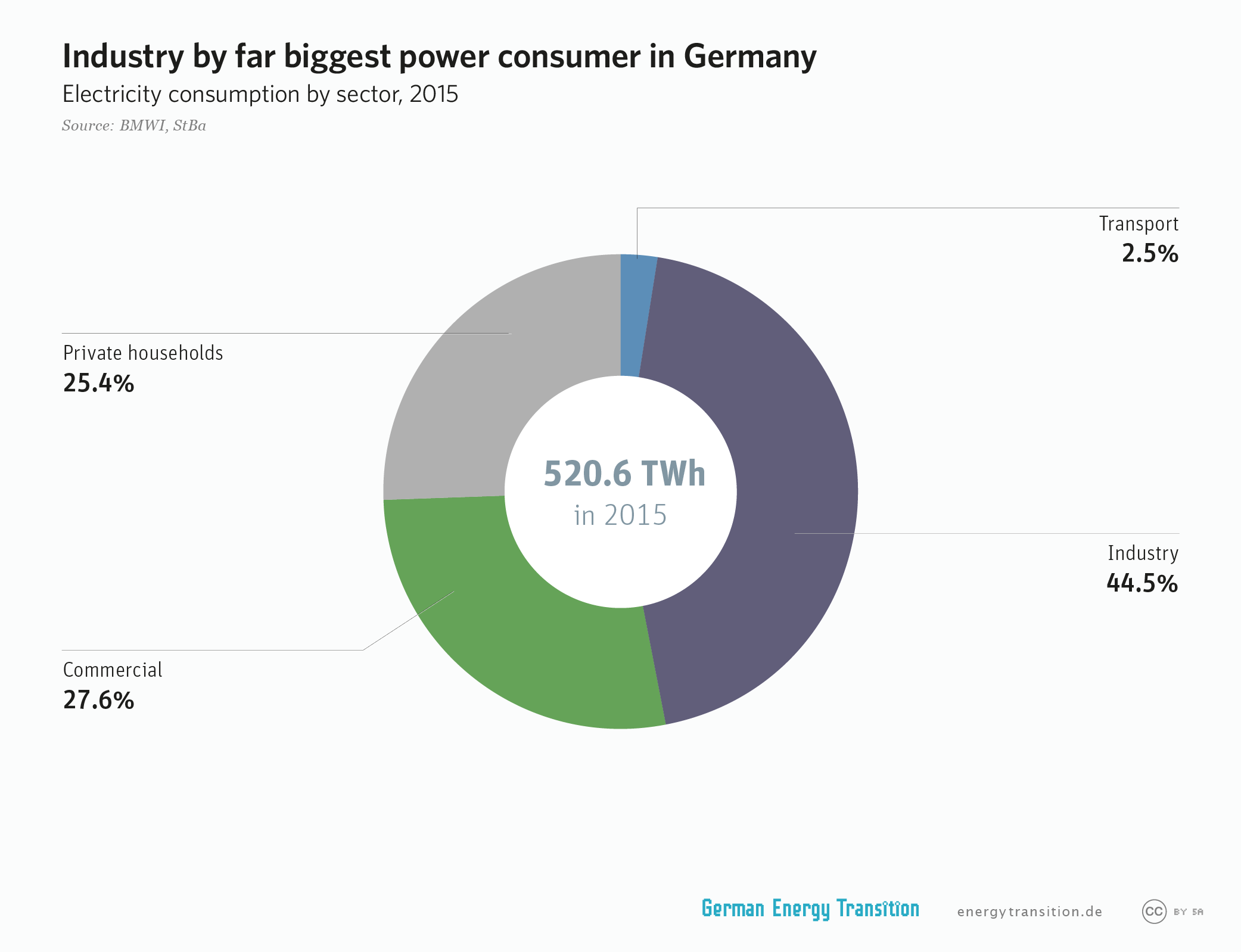 We often read that a particular wind farm will serve a certain number of households. “Household” is not a term in physics; journalists simply do not wish to bother the public with the correct, but technical terms, such as kilowatt-hours. When I read that enough renewable energy was generated to serve all of the households in some country, I also wonder what is really being talked about—really just households, or all power consumption? Here is an example of how to do this well (by the WWF in Scotland)—all of the underlying data are provided at the bottom, and the text clearly says that households make up 41 percent of total power consumption. (And this article is an example of how the comparison can raise more questions than it answers.)

The chart provides a number of other insights as well. In Germany, the share of industry is especially large at 45 percent; clearly, Germany has not yet deindustrialized. Likewise, the share of transport in electricity may seem amazingly low if you have not seen the figure before. Think about it—that number includes all of the trams and trains in the country. The reason is the great efficiency of electric mobility. For instance, if Germany switched half of its vehicles to electric, oil consumption would be cut in half in the transport sector, but power consumption would only increase by 10 percent (report in German).

But something else caught my eye in the numbers as well—the 520 TWh in the middle. The official statistics have Germany generating 652 TWh last year (PDF in German). So why is 132 TWh missing—as much as households consume at around 130 TWh?

A few reasons: first, power exports. They skyrocketed to a record 50 TWh last year, as you can see in the next chart, which was also updated. (Cherish that outcome in light of the hysteric claims that the nuclear phaseout of 2011 would cause a power shortfall in Germany—renewables have simply grown faster than expected.) 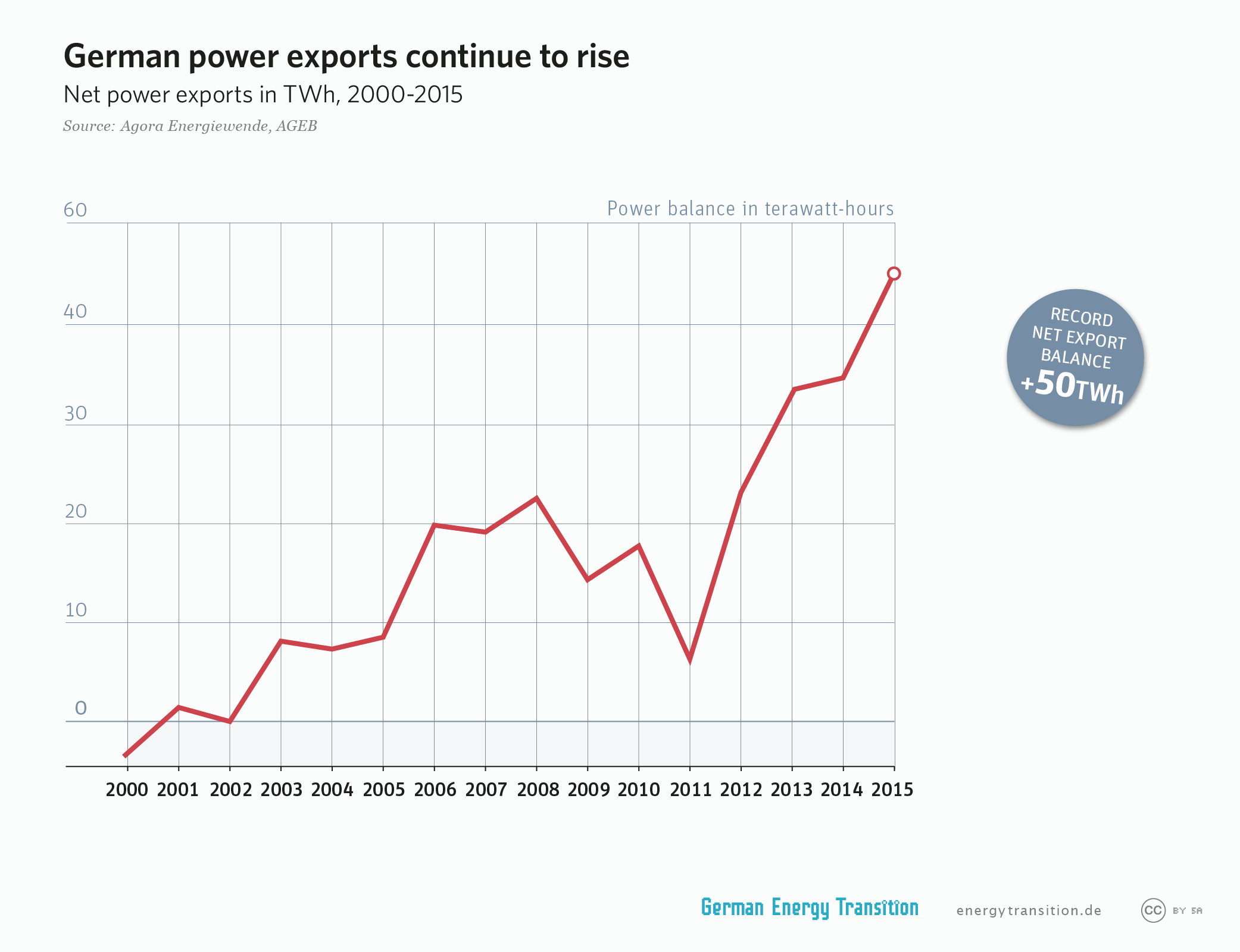 So now, we are only looking for 82 TWh, and it’s not hard to find—it’s partly the electricity consumed by power plants themselves. For instance, nuclear plants still have to be kept cool even when they are not generating electricity. The fuel for coal plants also has to be transported around the plant grounds and processed. And both types of power stations have control centers. Roughly 7 percent of the electricity that the German power plant fleet generates is consumed on-site, so we can take off another roughly 30 TWh. Finally, around five percent of the power produced is lost in power lines, so remove another 30 TWh. That leaves us with only 22 TWh, which is consumed as pumped hydro storage and for other miscellaneous purposes.

In other words, exports, losses, on-site consumption, and “other” are collectively as large as household power consumption in Germany. German households indeed consume relatively little electricity even though they have the same basic creature comforts as elsewhere, as I recently pointed out in a comparison of the US and Germany. Much has been said about Germany’s high retail power rates, but the incentive of high prices towards conservation and efficiency is almost always overlooked.

If all German households went renewable, they still would not be able to buy all of the renewable electricity in the country. We mainly need to get the industry on board—and electric mobility going.