Vattenfall has failed to find a buyer for its coal assets in Germany. The focus is now on alternative models, such as a fund to protect workers. Craig Morris explains.

Back in November, we wrote about how Swedish state-owned utility Vattenfall wanted to sell its coal resources in Germany after elections in Sweden in October 2014, which a climate-friendly government won. One bidder was Greenpeace, which offered to set up a lignite foundation to manage the closure of the coal plants and lignite fields. The NGO’s offer was not seriously considered, however, in mid-March it turned out that the Swedes did not receive a single bid considered reasonable. One bidder apparently even asked to be paid to take on the coal resources. 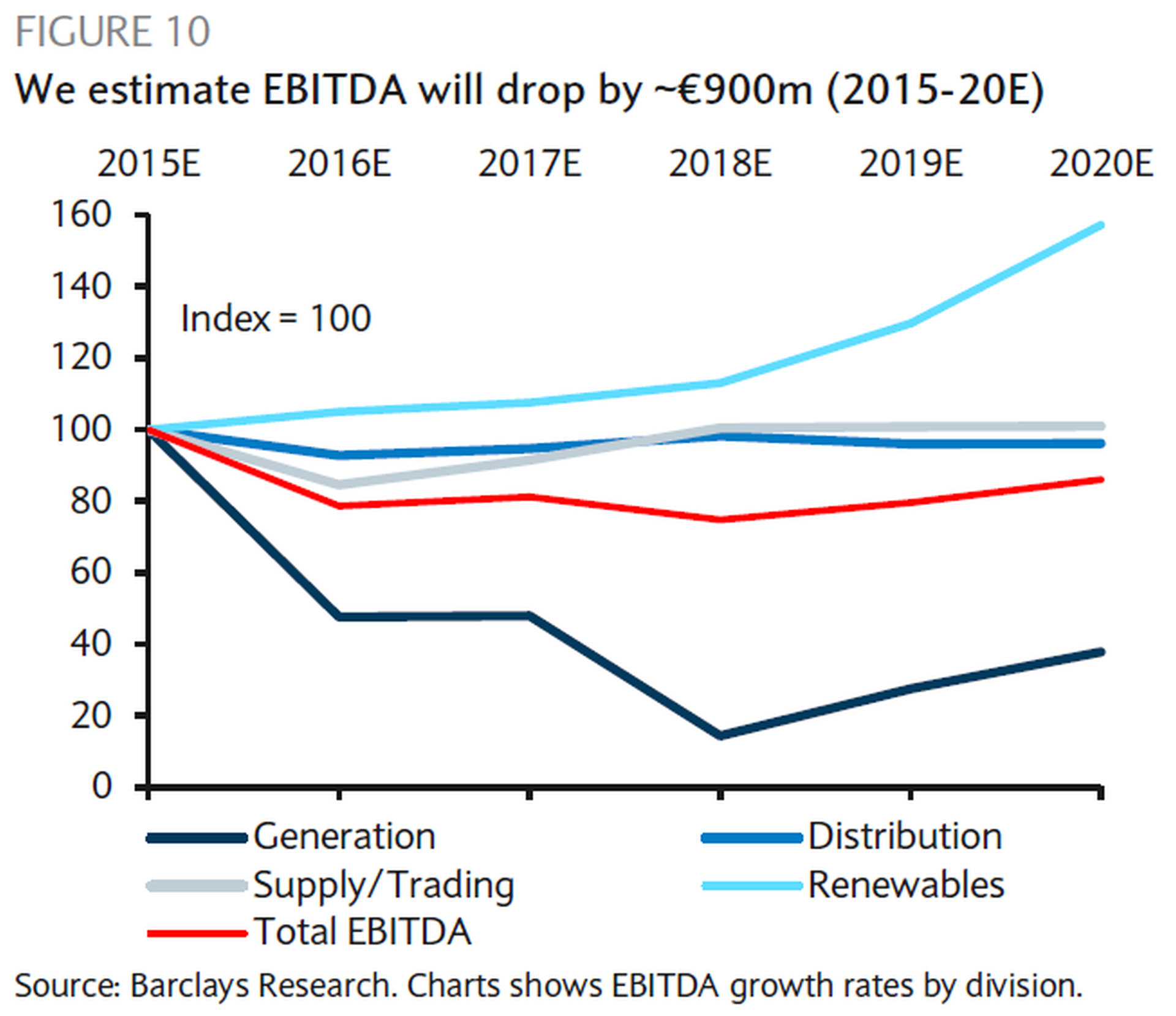 On March 16, one main potential bidder, Czech utility ČEZ, gave two reasons for its lack of interest: low wholesale power prices and potential early shutdowns of coal plants in Germany. The company did not even place a bid. Another problem is the Paris climate agreement, which Barclays now says will make German coal power worthless by 2030.

As local German media reported last week (in German), a foundation could be the only option left (see below). The matter is serious enough for cabinet minister Peter Altmaier to have visited the Jänschwalde plant last Friday afternoon. Only a few weeks earlier, German Environmental Minister Barbara Hendricks visited the Schwarze Pumpe coal plant near Berlin. Such high-level visits in person within such a short timeframe are a sign of the issue’s urgency: Coal is in trouble in Germany.

Interest from the Czech Republic is the greatest. The Czech Coal Group has reportedly bid. Mibrag, a German bidder (owned by Czech companies) that also digs up lignite in Eastern Germany, unexpectedly announced last week that it would lay off roughly a tenth of its workforce by 2020 (in German). Just a few months ago, the company seemed keen to expand its presence in the area by taking over Vattenfall’s assets, but executives now seem to understand that they will have their hands full just staying in business themselves. Last year, the company sold roughly 10 percent less lignite (and that even at a lower price), partly because the Lippendorf plant in eastern Germany ran at lower capacity, as did the Buschhaus plant in western Germany, which will be part of the “security reserve” for the next four years.

So what would a foundation do?

German labor unions, which successfully blocked last year’s attempt at a clampdown on coal power, have recently indicated a principal interest in a foundation (report in German). The idea would be to take current profits and put them in a fund for later unprofitable years. Profits are currently shrinking in the German coal sector, but they could briefly rebound when the last six nuclear reactors are switched off in 2021 and 2022. (Two others are scheduled for a shutdown in 2017 and 2019, which will provide some breathing space for coal power, but possibly not much – see our 2014 report entitled German coal conundrum.) Starting in 2023, however, Germany will begin a coal phase-out with or without an official policy with that title; there is no other realistic way to comprehend the official goal of 80 percent renewable electricity by 2050.

The head of energy labor union IG BCE says that lignite will be needed until 2047, which amounts to roughly the same timeframe. He also believes, however, that coal power will be profitable for the next 15 years, which may be stretching things a bit.

In the beginning, profits might be collected in the fund and made available later to communities and workers affected by the coming coal phase-out. And if unprofitability comes sooner, the labor union has an idea: taxpayers should cover the gap.

If a complete phase-out by 2047 does not sound ambitious, keep in mind that this timeframe is proposed by the coal sector itself. Ten years from now, the coal sector may turn out to be already unprofitable, thereby increasing the need for a taxpayer bailout. At that point, a decision might be made – if it is cheaper – to go ahead and wrap up the German coal sector. Proposals for 2040 and earlier are already on the table.

Communities and workers would still need and deserve protection, and that’s the good news this week. Already, labor unions are showing a willingness to talk about phasing out coal (add Germany’s second-largest labor union Verdi to the list, report in German). The interests of workers and German communities, on the one hand, and coal firms, on the other, are beginning to diverge. Utilities RWE and E.On will soon break up into separate divisions for renewable electricity and the old stuff. These small steps could make it easier to let the coal firms fail while the renewable utilities stay afloat – and financial assistance focuses meaningfully on German coal workers and communities.

For more information about transitioning coal communities, see our previous reports on structural change. CLEW also provides an overview of the coal debate in Germany.