Like all Western countries, France has an aging fleet of nuclear reactors. If it does not extend the service lives of its existing fleet, it will have to build new reactors. Otherwise, the country will have an undeclared nuclear phaseout. Craig Morris explains.

Recently, the Huffington Post asked a number of leading US energy experts to comment on the Energiewende. Carl Pope, former executive director of the Sierra Club, made the following claim with reference to “intermittent renewables” in France:

France, it appears, will have the largest proportion of dispatchable electrons in 2030 because of its legacy nuclear fleet – how can the EU as a whole make the best economic use of this asset?

Pope has generally sounded rather critical of nuclear, not so much on principle but based on real-world considerations of cost and the feasibility of new builds. He also chides others for not using current data. How does his statement above stand up to data?

As this list reveals, France has 58 nuclear reactors. Only 9 of them were built after 1990; only four, since 2000. According to the World Nuclear Status Report (PDF), the average reactor age in France was 30.4 years in mid-2015. By 2030, the average reactor would therefore be 45 years old; in comparison, the oldest reactor still in operation is 46 years old – and it is currently off-line as Swiss authorities investigate whether the material damage discovered will require a permanent shutdown. 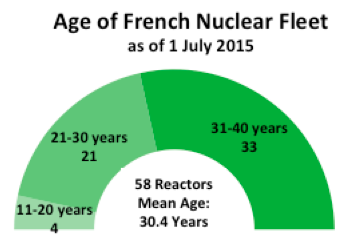 The French government is currently reviewing its nuclear policy, and the latest draft includes a stipulation that decisions to extend reactor emissions beyond 40 years must be made on a reactor-by-reactor basis. Most of all, the plan is unspecific; there is no roadmap for when which plant would be closed, only a stipulation that the current installed capacity of 63 gigawatts will be the limit – so if a new plant is completed, the equivalent existing capacity will have to close.

How likely is it that the 49 reactors completed in France before 1990 will have their commissions extended? “Honestly, it’s pretty likely,” says David Hess of the World Nuclear Association based in London. He points out that French reactor operator EDF has been preparing for service lives of 50 to 60 years for quite some time, partly because 74 reactors of the similar design in the US also have 60-year commissions, with talk about even further extensions. Hess adds that France is to make a decision on this question by 2019 and expects “a conditional yes. The question is what those conditions will be.”

Charlotte Mijeon, spokesperson for French NGO Sortie du Nucéaire (Exit Nuclear), puts a finer point on those conditions. Called Grand Carénage (loosely: “Big Overhaul”), EDF’s refurbishment plan for commission extensions “would require massive and unprecedented works.” She also doubts that the firm can afford the estimated 50 billion euros that will be required, especially in light of its 37.5 billion euros in debt – and the plans to take over practically bankrupt reactor builder Areva.

Both Hess and Mijeon agree that the issue will partly be a political decision. Mijeon says that French nuclear safety authority ASN “used to be a rather tame watchdog” but now says commission extensions should “not be taken for granted.” Her conclusion: “a general lifetime extension over 40 for all the reactors is highly improbable.”

Hess is confident that enough new reactors will be built to replace any better closed: “There is no technical reason why France couldn’t match its historic nuclear build if it wanted to.” In practice, however, France would need to start building an impressive fleet of EPR reactors, a design that has yet to be put into operation. In October, the firm building the Flamanville project requested that it be allowed yet another three years of delay up to 2020 (report in French). If the completion of EPRs does not improve, the only other option is older reactor designs, which seem politically unpalatable for the French at present. 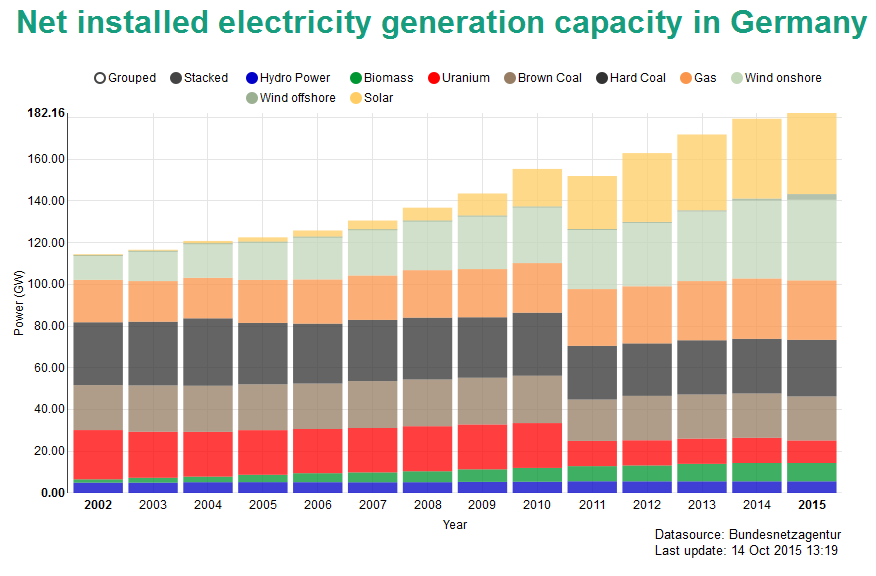 To be fair, Pope speaks of a “proportion of dispatchable electrons,” so it’s a percentage, not an absolute number. But we still need to keep in mind that the French dump nuclear on neighboring countries on the cheap when demand is low. When demand is high, French reactors cannot even cover domestic demand. In other words, the EU cannot rely on French nuclear.