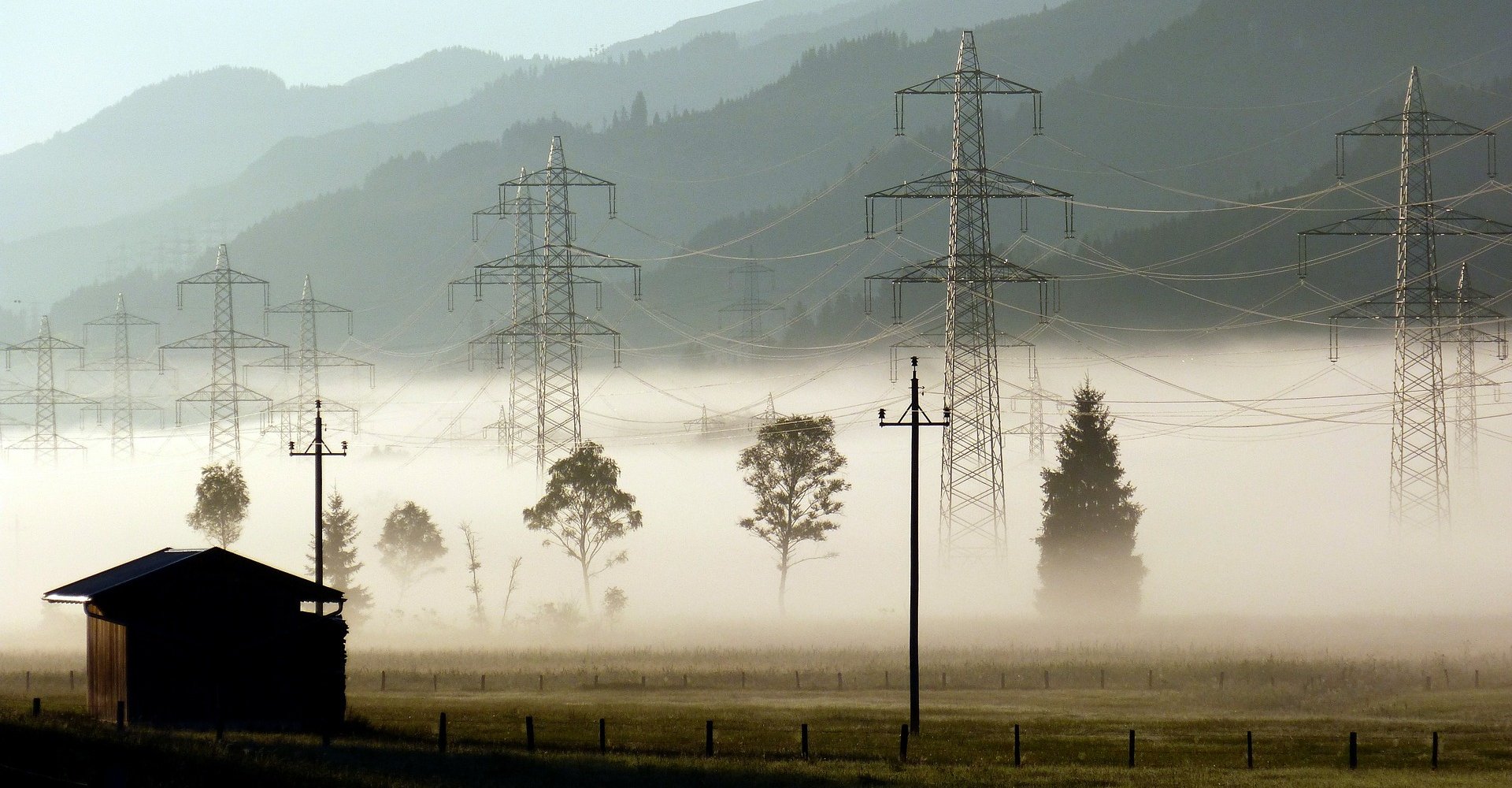 Germany is not giving away free electricity, in fact its net exports earn the country almost €2 billion.

One persistent myth about the Energiewende – both within Germany and abroad – is that the Germans pay a lot for their green electricity only to export it at a loss when it has more than it can consume. Of course, Germany has never had more than around 80 percent renewable electricity (and that only briefly), so it has never had “more than it can consume.” But the actual situation is the reverse: Germany exports more electricity when demand (and hence prices) are high; it imports when demand and prices are low. 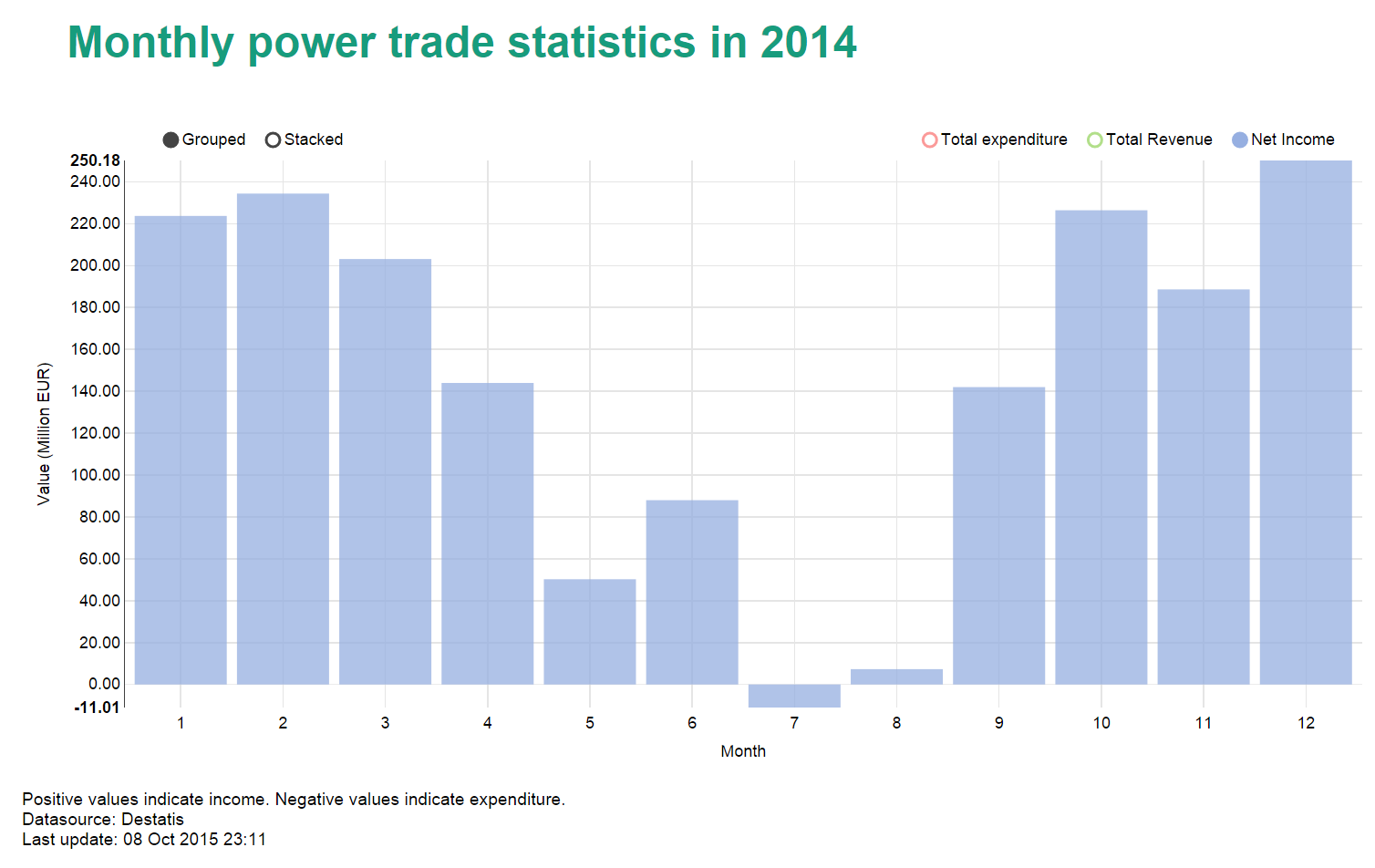 Net income for Germany from power trading in 2014 by month. When power demand is higher during the winter season, Germany exports more electricity and earns more money. From May to August, when demand is low, Germany exports far less, even dropping into the negative in July of that year. Source: Fraunhofer ISE

Back in 2013, I first reported on the matter. In 2012, the average kilowatt-hour exported from Germany cost 0.35 cents more than the average imported kWh. The next year, the price difference was smaller at 0.31 cents – but the disparity with France was revealing. Germany sold power to France for 5.34 cents on average, while the French sold to Germany for 4.3 cents. German power was nearly a quarter more valuable.

In 2014, the price difference between all German power exports and all power imports to Germany had nearly disappeared at only 0.03 cents in favor of German electricity, but the gap between German and French power remained relatively large at 0.49 cents. There thus seems to be a trend – the gap could be closing.

Fortunately, we don’t have to wait until the spring of 2016 to follow the data for 2015. Fraunhofer ISE now provides a new running overview on its Energy Charts website. At the end of October, the difference was as slight as possible, with German electricity trading internationally at 0.01 cents above power imports to the country.

Nonetheless, because Germany is exporting so much electricity net, power trading had already earned the Germans roughly 1.24 billion euros in the first 10 months of 2015. Total revenue will probably come in at nearly the same level as earned last year, 1.75 billion euros, because around 200 million euros can be expected as monthly income in November and December (see chart above). The amount is significant – and almost never included in calculations of the Energiewende’s overall cost. To put that number into context, Germany is expected to spend 24.7 billion euros on green electricity next year. Net revenue from power trading is therefore equivalent to seven percent of those expenditures.

After the shutdown of eight nuclear reactors in the wake of Fukushima in 2011, numerous experts expected Germany to become dependent on power imports. But renewable energy generation has roared on, with the result that the country’s conventional energy generators need power exports to turn a profit. Germany is exporting conventional power, not renewables.

“The hypothesis that Germany is giving away excess electricity to foreign countries for free cannot be confirmed,” Fraunhofer ISE’s Bruno Burger states with his best scientific dryness (press release in German). And while prices for exports versus imports may be balancing out, the total volume of net exports continues to skyrocket. In the first 10 months of 2015, around 29 TWh was exported net. Last November and December, the volume was around 9.4 TWh. If that level is attained again this year, Germany should surpass 38 TWh in net power exports, roughly 10 percent above the record level reached in 2014 after the previous records in 2013 and 2012.