The German Network Agency has published an overview of power curtailment in 2014. While the level has reached a new high, it is still in line with what is normal in other countries. Craig Morris takes a look.

Germany’s Network Agency has published its overview of the renewable electricity statistics for 2014 (report in German). If you are interested in a state-by-state overview, that’s the place to go. Today, I will focus on one aspect: renewable power curtailment.

The agency explains that a lot of this curtailment was related to wind power in the north not able to reach the demand centers in the south of the country – further evidence that grid lines need to be built (although another option, regional price signals for power to heat, etc., could also be pursued).

How high are these levels in an international comparison? Actually, it’s not that easy to say for a lack of data from other countries. (If you have any, do drop us a comment below). The chart below is available from the UK’s National Grid Winter Outlook (PDF). 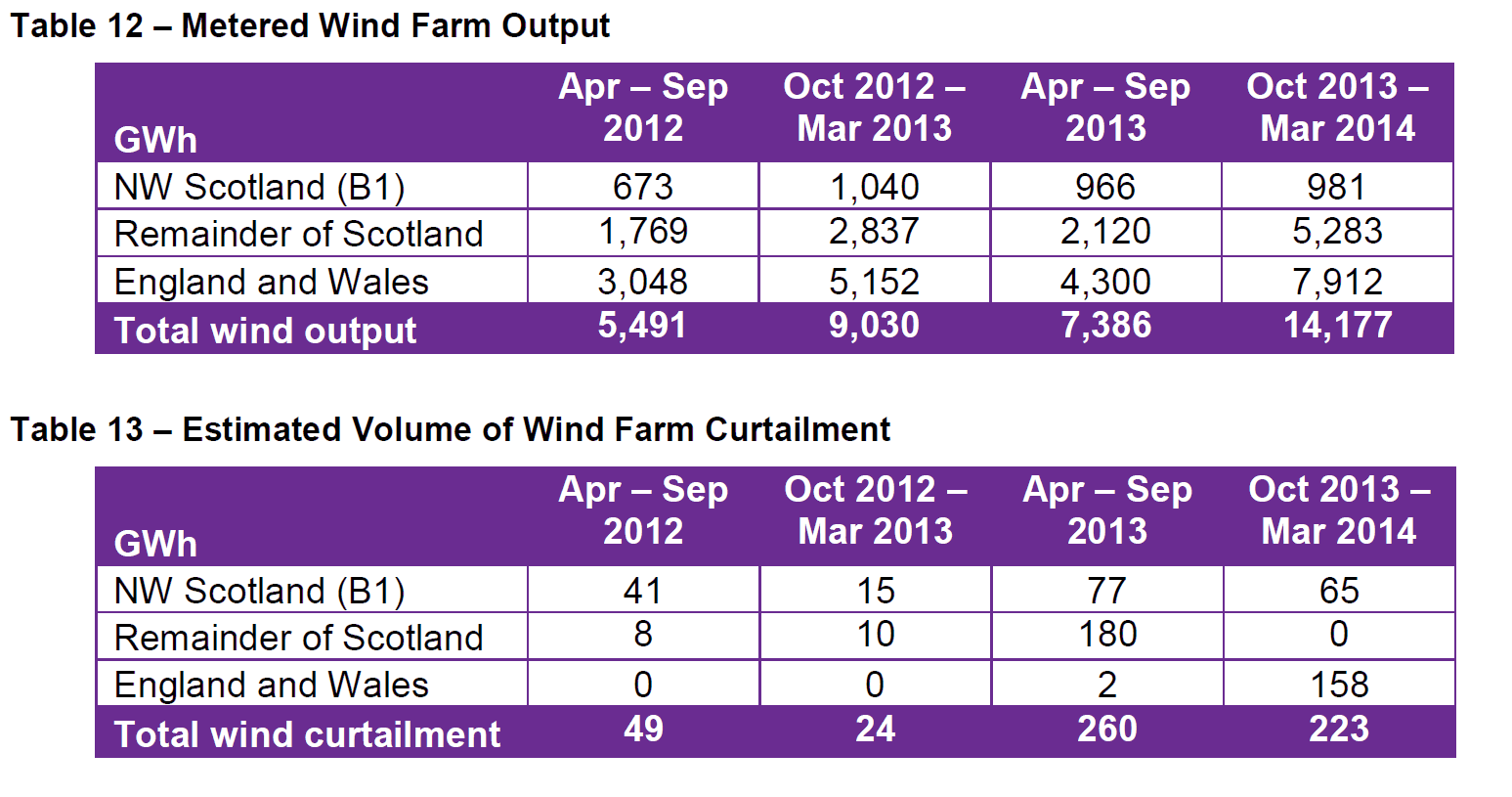 It shows that wind power curtailment alone was at 1.6 percent in fiscal 2013-2014, down from 3.5 percent in the previous year. A comparison, the amount of wind power alone curtailed in Germany was 2.3 percent in 2014. A report from the US in August (PDF) shows the difficulty of comparisons; the US overview provides statistics haphazardly for specific grid regions. For instance, “the degree of wind curtailment has declined recently in what historically have been the most problematic areas. For example, only 0.5% of all wind generation within ERCOT [Texas] was curtailed in 2014, down sharply from the peak of 17% in 2009.” The chart below shows how greatly wind power curtailment differs between seven (out of 12) ISO regions in the US; the study says not all ISOs are able to collect data on wind power curtailment yet. 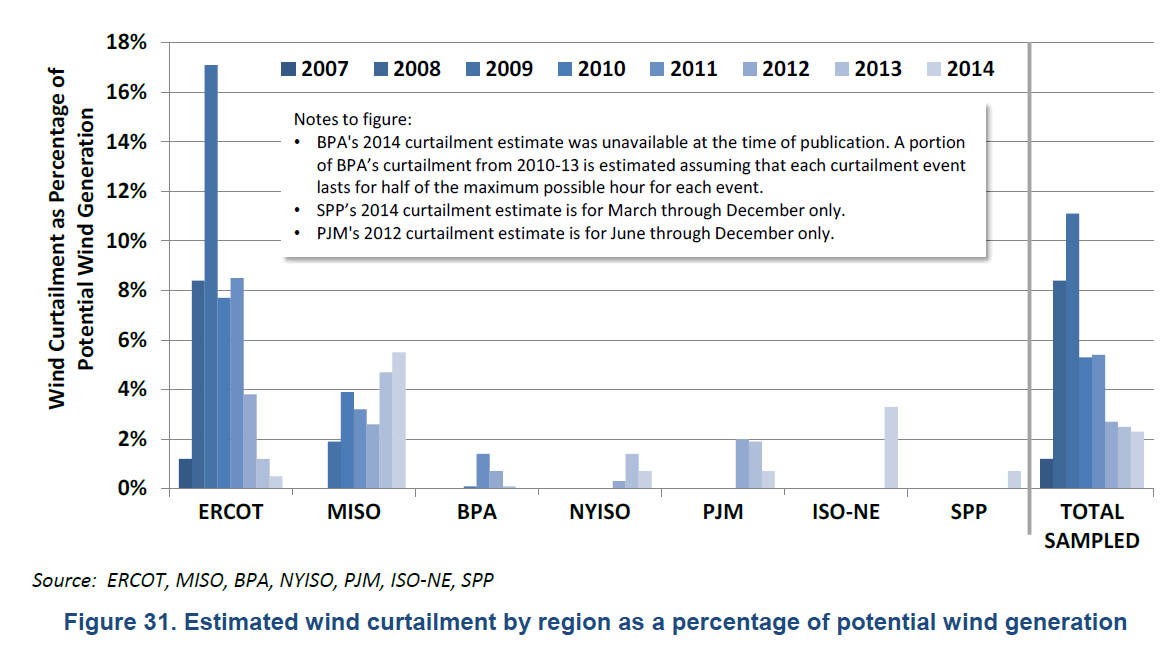 In conclusion, curtailment is largely an issue for wind power worldwide; far fewer statistics are taken for solar and biomass – primarily because these two sources are not generally at the level of wind power in most countries. Furthermore, losses do not grow in linear fashion. Rather, there may be a spike one year that a grid upgrade in the subsequent year addresses. Likewise, they tend to be local: in the UK and Germany, the grid is not completely able to transport wind power from the north (Scotland, in the case of the UK) to the south. And finally, the uptick in Germany in 2014 should be addressed in the next few years, if current grid upgrades are completed in time. Until then, this level of curtailment may be sustained or might even increase.