It’s really gone too far: German Energy Secretary Sigmar Gabriel’s already minimal attempt to save Germany’s 2020 climate target of reducing emissions by 40% compared with 1990 levels has been watered down further so that it is barely recognizable as a coherent climate policy. Lili Fuhr takes a look at the German coal discussion.

Secretary Gabriel’s suggestion to introduce a ‘climate levy’ on older coal-fired power plants has sparked a fierce controversy in Germany. Industry can choose whether to pay the levy (i.e. buying European Emissions Trading (EU ETS) allowances at a fixed price) 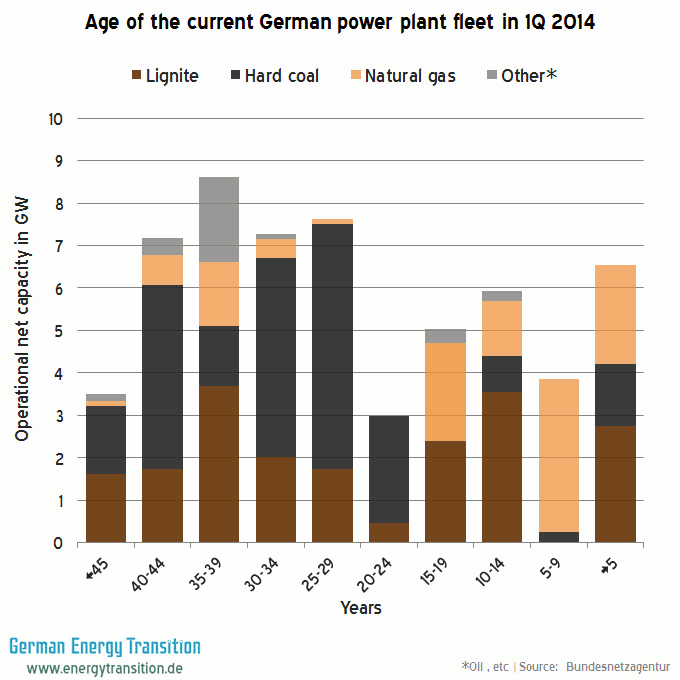 or shut down production when they reach the limit of free emission allowances. The policy is supposed to close a gap of 22 million tons of CO2 so that Germany can still reach its 2020 climate target. While NGOs see the proposal as the absolute minimum of what needs to happen (having calculated the size of the gap as 100 million tons of CO2 and not 22 million), the coal industry, the trade unions and many of Secretary Gabriel’s party and government coalition colleagues have been stoking fears about potential job losses if the oldest lignite plants have to close.

The online magazine Klimaretter (‘Climate Savers’) presents a wonderfully thorough analysis (in German) of Federal Ministry of Economic Affairs and Energy (BMWI) current working paper. What is astonishing is how a policy instrument that originally was intended to shut down the dirtiest lignite power stations has morphed into a proposal that aims to prevent even a single decommissioning! A capitulation like this cannot be explained by the power of the coal lobby alone: Such a thing does not happen without the knowledge and involvement of the Chancellery. No signs remain of the ‘Climate Chancellor’ that Merkel impersonated at the Petersberger Climate Dialogue. In an interview with the newspaper „Sueddeutsche Zeitung“ (in German) Merkel openly welcomed Gabriel’s investigations into alternatives to the climate levy – which demonstrates her missing support.

The most important proposed changes to the first draft include:

The outcome: The voluntary climate levy will no longer save 22 million tons of CO2 – but rather only 16 million. The rest, according to the Ministry, is to be saved by cogenerating heat and power, and by counting on the transportation sector (through such novelties as e-highways!).
This raises a lot of questions. Here are just a few of them:

“It seems to be just a matter of time until the current CDU/CSU-SPD government coalition will also want to take into account the CO2 savings from electric toy racetracks, so that lignite power stations can continue to operate. In the end, the interests of RWE and Vattenfall [two of Germany’s major utilities] with their old coal-fired plants are more important than protecting the climate.”

By the way: The trade union IGBCE (for the chemical, mining and energy sectors), representing the interest of the coal workers, has proposed to introduce a “scrapping bonus” to replace old oil-based heating systems in homes with more efficient ones that use natural gas – and to get rid of the climate levy all together.

Lili Fuhr is head of the Department Ecology and Sustainable Development at the Heinrich Böll Foundation in Berlin. She is a regular blogger for Klima der Gerechtigkeit (in German).

This text first appeared on the GES Blog.