In March this year, Poland finally decided to support decentralized rooftop PV. Since then, opponents have managed to dismantle the project step by step. Michał Olszewski reports from Poland. 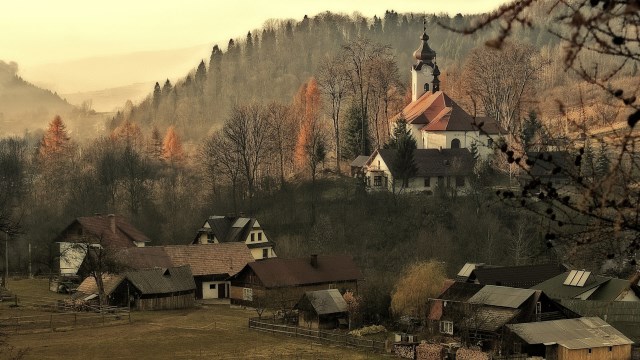 It was supposed to be a great moment: On March 11, the former Polish President Bronislaw Komorowski signed a bill to push renewable energies, which introduced a new player to the energy market – the “prosumer,” a producer and consumer of energy.

After a long and tedious battle, things seemed to finally go in the right direction: politicians agreed that this bill would be instrumental in shaping the future of the Polish energy sector, by including new producers of electricity in form of private households and farmers. What’s new with this bill is its concept of micro-installations of solar power, i.e. installations with low-voltage power (up to 10 kW). No licenses are necessary to install and own such micro-installations, and owners of these installations will be able to sell excess electricity to the grid operator directly. The bill thus opens up the possibility for new producers of electricity to sell excess electricity to the grid at fixed feed-in tariffs. These are fixed rates for 15 years that will ensure that investment risks (and the rate of return) of these micro-installations from small producers, such as farms, private homes and small businesses, can be easily calculated. However, tariffs are limited in their availability and are subject to a ceiling in installed capacity during a given time frame. In this particular case, the feed-in tariff allows for a maximum of 800 MW newly installed capacity. Energy experts claim that under these circumstances, up to 200,000 micro-installations are realistic. For Poland – with its constant threat of blackouts – this is a substantial amount of energy.

However, the excitement about this bill did not last long: along came sobering May 20. That is when the Polish Ministry for Economic Affairs proposed a number of “cosmetic” changes to the law, especially concerning the proposed feed-in tariffs. Private households or farms can now receive various amounts for 1 kWh, depending on the arbitrary decisions by the Polish officials. Theoretically, the rate of feed-in tariffs has remained the same, but if the owner of these micro-installations wants to receive support for more than the minimum kWh he must fulfill additional demands, making it harder to calculate the envisaged return on investments.

Of course, the Energy Regulatory Office checks the progress. It wants to be able to perform cross checks on producers of electricity, including associated buildings and business facilities. The Ministry for Economic Affairs reaffirms that these inspections will only be carried out in justified cases (however, we do not know, what it means). It also claims that these check-ups are necessary when public money is used to support prosumers, because the Ministry is obliged to check if the money is spent in accordance with state aid rules. However, it is difficult to avoid impressions that the officials are already discouraging production before it has even started.

Controls and penalties for those who want to produce small amounts of energy and then sell it to the grid is nothing new. Shortly before the bill was passed (it took 5 years to adopt it!), PGE – one of the largest energy companies in central Europe – warned that windmills and solar panels owned by smaller producers would destabilize the entire energy system. The same law on renewables arose in pain, under pressure of miners and large state-owned energy companies. Utilities want to maintain a current scheme, one that is based on hard coal and lignite. Small producers were snubbed at first, now are seen as a threat.

Why is this happening? Simply put, prosumers have increasingly become hostages in Polish politics. The idea of the bill, though passed by the parliament, still lacks a prominent political patron. The Right wing, which in theory should support everything that makes life easier for small rural electricity producers, is strongly suspicious of the ecology issue. The political Center parties are dominated by experts who argue that we should maintain a significant amount of coal in energy mix for as long as possible. The Left parties are generally too weak to exert real political power. The Peasant Party (PSL), which is the strongest proponent for green solutions, considers renewable energy to be a chance for rural revitalization efforts.

Deep distrust from officials and politicians of renewables resulted in the 5 years it took to pass the law; until the last minute, the fate to prosumers remained uncertain. When the law finally passed, officials decided to modify it in such a way as to discourage the involvement of prosumers.

Essentially, this means that the battle begins again.