The AGEB (Working Group on Energy Balances), which tallies official energy statistics for Germany, expects consumption to increase by just over two percent this year. Craig Morris takes a look at the organization’s overview for the first three quarters.

A winter day in Berlin – The exceptionally long and cold winter in 2013 caused a rise in gas consumption in Germany. (Photo by optikfluffel, CC BY 2.0)

The chart below from the AGEB’s press release (in German) shows the increases and decreases in individual sources of heat and electricity from January to September 2013. A number of things need explaining. 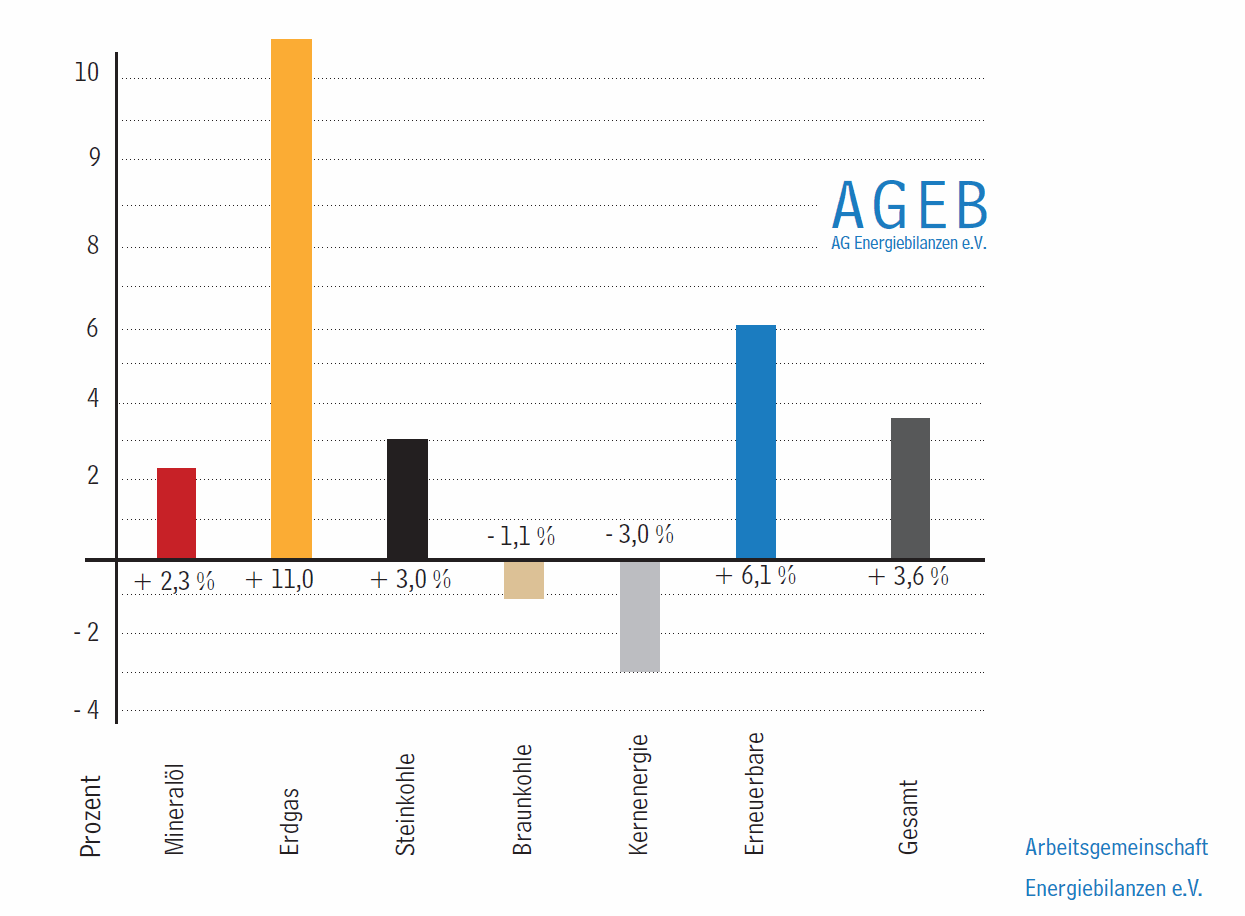 The easiest one is the 6.1 percent increase in renewables – at least that is expected. But the increase in natural gas (11 percent) comes as a bit of a surprise after the downturn in consumption of natural gas growth last year. Essentially, because of the merit order, renewable electricity offsets electricity first from natural gas, then hard coal, then brown coal, and then nuclear. The explanation for the sudden spike in natural gas is, however, not hard to find; Germany had a surprisingly cold first half of the year, with low temperatures near freezing up to the end of May. The increase in demand for heating oil also explains the 2.3 percent hike for petroleum.

But after that, we are largely talking about electricity, and this is where it gets interesting. Hard coal consumption is up three percent, while brown coal is down 1.1 percent – and nuclear decreased by three percent. Because nuclear plants generally run full blast, the further decrease in nuclear power consumption (keep in mind that no nuclear plant was shut down this year) is a clear sign that wind + solar power are increasingly cutting into the baseload.

Take, for example, June 26. As you can see below from Fraunhofer’s’s Johannes Meyer’s PDF, the capacity factor of nuclear dip down to 51.8 percent between 2 and 3 PM. Normally, these plants like to run closer to 90 percent capacity. 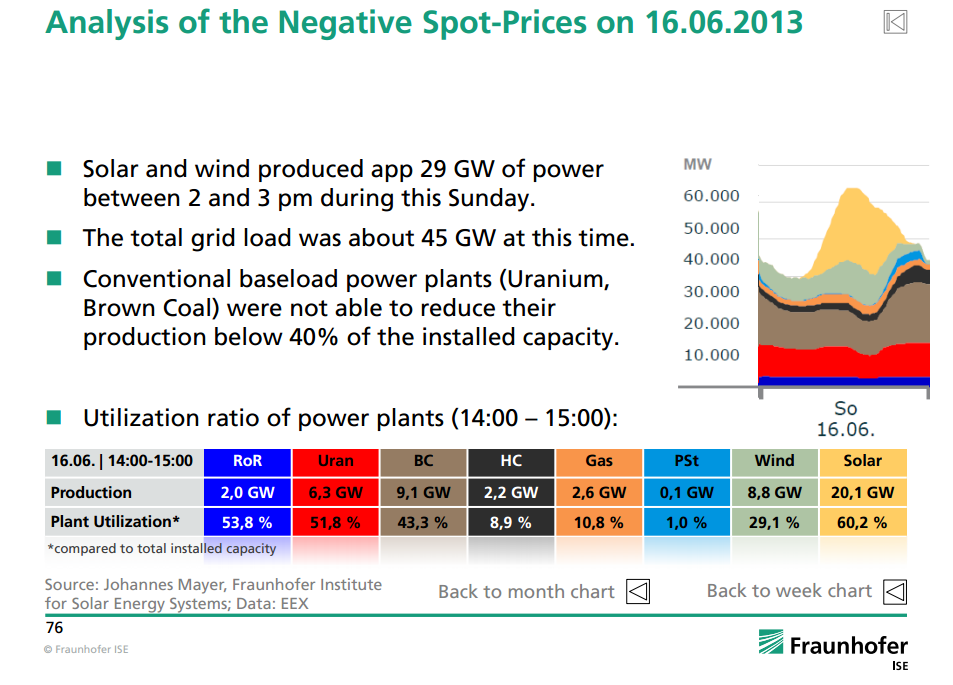 Something similar between hard coal and brown coal. The latter likes to run all the time and is probably having to ramp down a bit. On the other hand, hard coal plants generally have to run more flexibly in the medium load, so they may have to have been ramped up a bit more this year. In fact, AGEB says that consumption of hard coal in the power and heat sectors is actually up eight percent, while demand dropped in the iron and steel sectors by seven percent.

With only one quarter of the year not yet accounted for, the weather will continue to make a big difference. Though the AGEB does not comment on carbon emissions, they are likely to be up for the year as a whole in absolute terms but perhaps down when adjusted for heat degree days.

Finally, the organization speaks of “problematic data” and calls for the Energy Statistics Act to be revised. As I recently pointed out, Germany has a tremendous amount of public data on its energy sector, but apparently those who collate everything are still not satisfied. Nonetheless, we can probably expect the AGEB to produce a roundup for 2013 soon. The overview for 2012 was published on January 3.